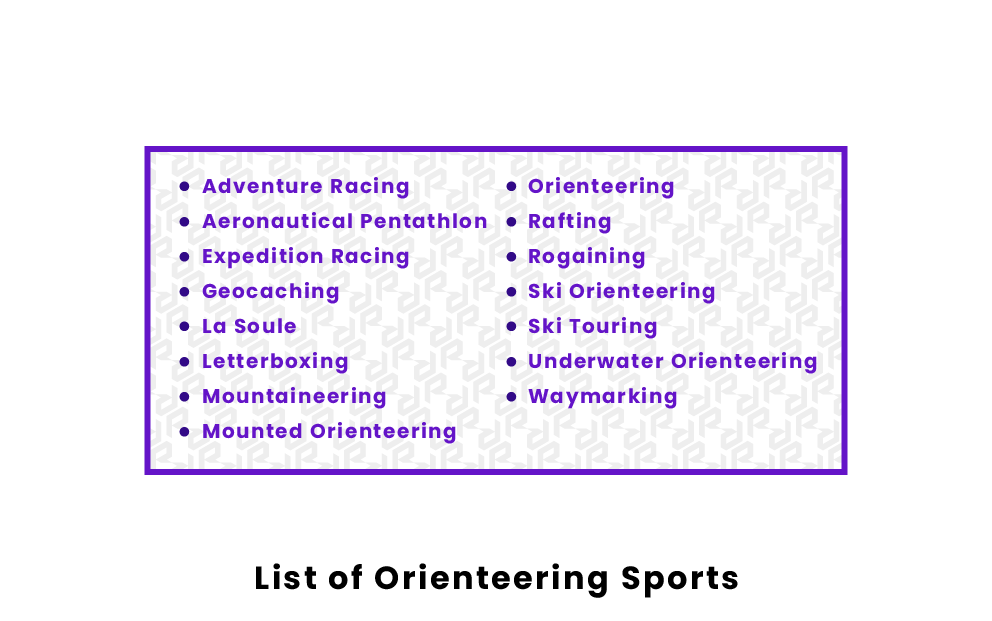 Orienteering is an intense outdoor endurance sport, requiring the physical fitness level of a marathon runner. Athletes, known as orienteers, run through an unmarked course over unfamiliar and challenging terrain, attempting to reach checkpoints and complete the course in the shortest time. Orienteering originated as a military training exercise in late-nineteenth-century Sweden. A national orienteering competition for military officers was held in 1893. The first civilian competition was organized four years later, and a sport was born. Major Ernst Killander of Sweden is credited as the primary founder of orienteering as a sport. He was the first person to use the term “orienteering,” held the first large-scale competition in 1918, and introduced the activity to scouting groups, where it remains popular today.

When referring to a specific type of orienteering, the word is often shortened to simply “O.” For instance, traditional orienteering on foot is called FootO (or foot-o), while ski orienteering is called SkiO.

What are orienteering sports?

Orienteering sports are events that require athletes to navigate over unfamiliar terrain with the aid of a compass and a specially prepared orienteering map. This terrain is traditionally rugged forests, land, or fields, but competitions have been held in the water, air, and even urban settings. Most orienteering sports require competitors to visit some or all available checkpoints within an area. Completion of checkpoints and fastest speed through the course are evaluated to determine a winner.

What are the most popular orienteering sports?

What skills do you need for orienteering sports?

Navigation skills are the most crucial for excelling at orienteering sports. The ability to read a map, use a compass to orient the map to one’s surroundings, and interpret symbols and instructions are essential to successfully completing an orienteering course. Concentration, focus, and quick decision-making are also important, as athletes must effectively navigate unfamiliar terrain at high speeds. Orienteers must be able to maintain a high level of flexibility and cardiovascular fitness in order to run over rugged terrain for extended periods.

What is the easiest orienteering sport to get involved in?

Traditional, or foot orienteering, is the most popular discipline of orienteering and the easiest to get involved in. In order to orienteer competitively, you will need to find a meet that is local to you. Consult the website of your national orienteering organization (Orienteering USA in the US) for a list of clubs. Then find an upcoming meet on your local club’s website. The only gear you need to bring is hiking shoes and comfortable clothing. You will be given a map and compasses will be available to borrow.