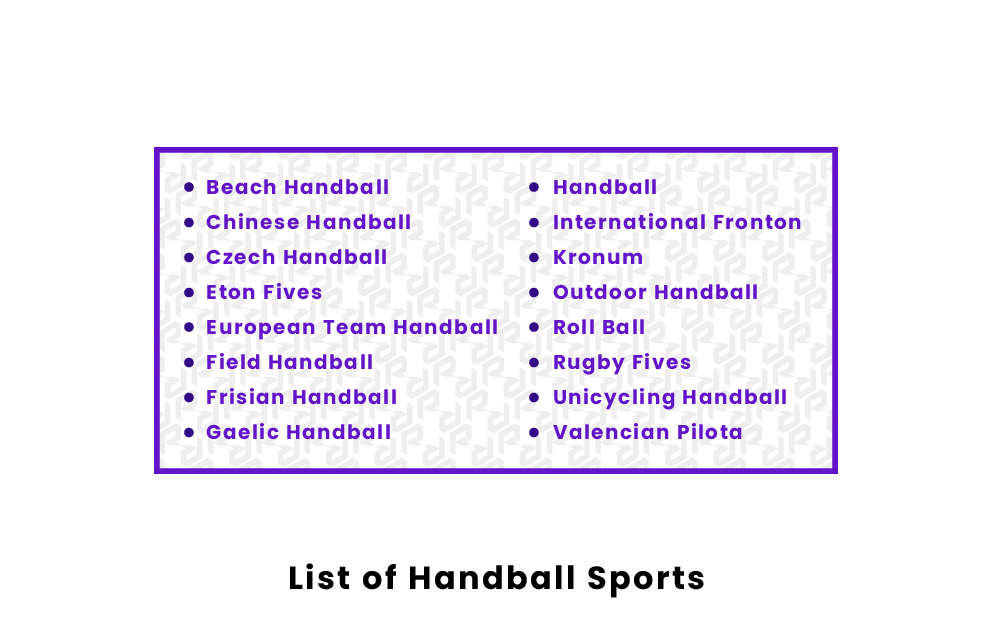 Handball sports are team sports based on the game of handball. Handball is a sport in which two teams of seven players (six outfielders and a goalkeeper) pass a ball between them in an attempt to throw it into the opposing team’s goal to score points. The history of handball goes back to the 1800s when it was invented in Europe as an indoor sport. Standard handball matches consist of two 30-minute periods and are typically very fast-paced and intense, often including many goals.

What are handball sports?

Handball sports are a category of sports that are based on standard handball. Handball is a limited-contact sport that involves two teams passing a ball up and down a court in an attempt to score goals by throwing the ball into the opposing team’s net. There are many different types of handball sports, including variations played on sand or grass instead of a court. Handball is a very fast-paced sport and typically features far higher scores than sports like soccer or hockey.

Which handball sports are in the Olympics?

Indoor handball is currently included in the Olympics. It was introduced as an official event in 1972 and remains an Olympic sport to this day, having produced famous athletes such as Michaël Guigou, Nikola Karabatic, and Luc Abalo. Field handball was first played at the 1936 Berlin Olympics, but was dropped from the Games after that year and not played again until 1952, when it was played as a demonstration sport.

What are the most popular handball sports?