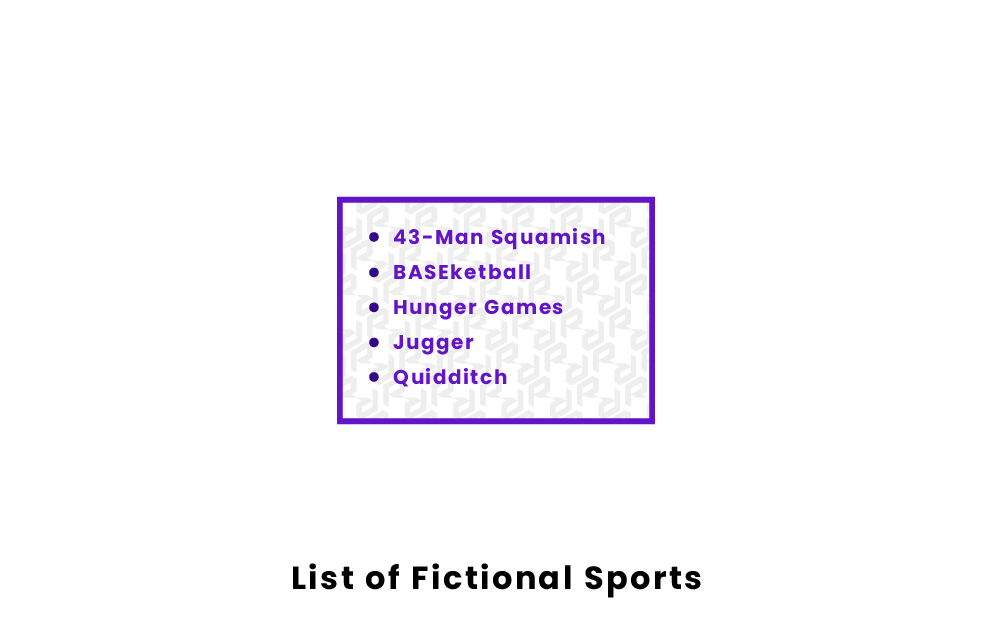 Fictional sports are sports created by authors and filmmakers to enrich their fictional worlds. Showing characters playing or watching sports can serve to develop the characters and overall universe or to advance the plot. Since these sports exist within the imaginary universe of a fictional work, the rules, personnel, and equipment are often outlandish or impossible as they are not required to conform to the possibilities of the real world.

Although most fictional sports remain purely fictional, in some instances fans of the work attempt to recreate the sport in real life. Recreating a fictional sport may require some modification of the rules and equipment as described in the fictional work. The most famous example of a fictional sport being played in real life is Quiddich, based on J.K. Rowling’s series of Harry Potter books and films. Other popular and well-known fictional sports include BASEketball and Hunger Games, both from eponymous films or books, as well as Blernsball from the show Futurama and 43-Man Squamish from Mad Magazine.

What are fictional sports?

Are there professional leagues for fictional sports?

Are fictional sports based on real sports?

Most fictional sports are based on sports in the real world. A fictional sport may retain most of the rules, equipment, and personnel of a real-world sport, with only minor changes made to reflect the nuances of the fictional characters and universe. An example of this is Blernsball, from the television show Futurama. Blernsball retains baseball’s traditional playing field, personnel, and basic gameplay, but the rules are altered to encourage more exciting action.

What is the most popular fictional sport?

Quidditch is, by a wide margin, the most popular fictional sport in the world. It is based on the Harry Potter books and films created by J.K. Rowling. Quidditch is the only fictional sport that has made the transition from existing only in a fictional universe to being widely played by real athletes worldwide. Fictional quidditch players fly on magical broomsticks, scoring points by passing different balls through multiple hoops. Real-world quidditch is played in a similar manner, but with players running on the ground while holding a broom since flying on them would be impossible in real life.