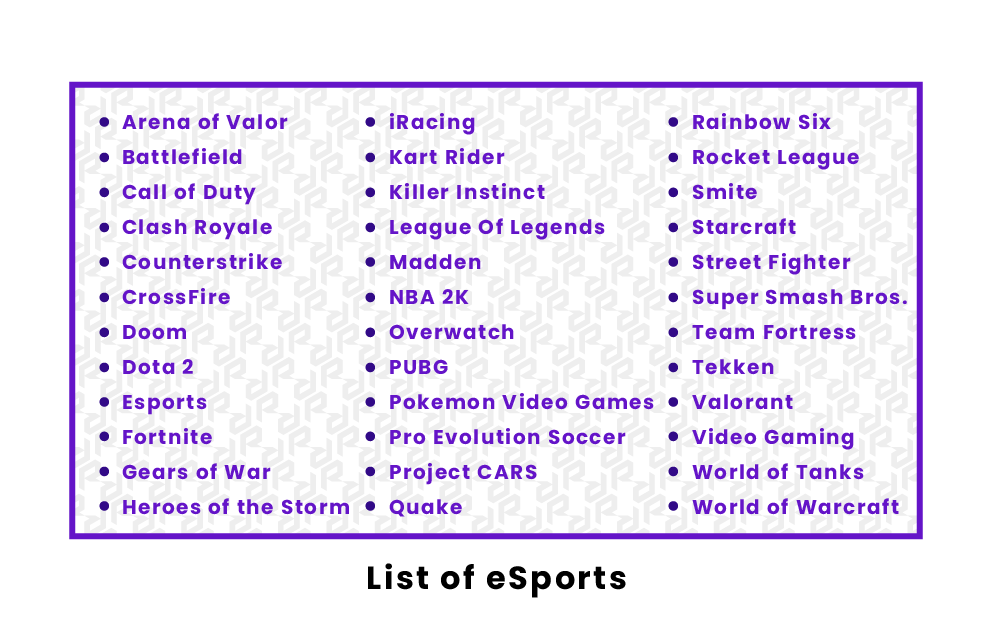 eSports, or “electronic sports,” are video games that are played competitively online. Examples of popular video games that are played as eSports include: Call of Duty, Fortnite, Overwatch, and Super Smash Bros. However, some eSports go hand-in-hand with their real-life sports counterparts. For example, Madden is the video game version of the Nation Football League. eSports are incredibly popular and continue to grow.

In 2021 over 26 million people watched eSports per month, representing an 11% increase from 2020. One of the most famous eSports competitions was the 2017 League of Legends World Championship. More than 80 million people worldwide watched the event, and the Samsung Galaxy team won over $1.7 million as the first-place finisher. eSports competitions can function just like real-life sporting events, taking place in large capacity stadiums and featuring broadcast teams that cover the event if the competition is big enough.

eSports is the term that describes organized and competitive video gaming. There are currently a variety of eSports for anyone to choose from and, outside of their virtual field of play, they are just like real sports in many ways. eSports players go online via their gaming consoles and compete against one another either head-to-head or against groups of people. There are also countless eSports events held throughout the year, in which the best players at specific games can play for cash prizes.

What are the most popular eSports?

One of the most popular eSports is Fortnite. Fortnite is a multiplayer third-person shooting game in which up to 100 players compete in a battle royale format. This means that individuals or teams will battle each other until only one person or one remains. The game was created in 2017 and has over 350 million registered accounts, making it the largest user base of any eSport. Another well-known eSport is Dota 2, which leads the industry in prize money awarded at $224.7 million all time.

What equipment do I need to play eSports?

To play an eSport, you need four main pieces: the game, the video game console, the controller to the console, and the monitor. Many eSports players compete through the use of a PC, also known as a personal computer, and use a keyboard and mouse as opposed to a console controller. If the game is online, you’ll also need a steady connection to the internet, which can be obtained through a wireless connection or an ethernet cable attached to a router. Some games are also collaborative, meaning you’ll need to communicate with teammates about strategy. In this case, you’ll need a headset that attaches to your controller or console.