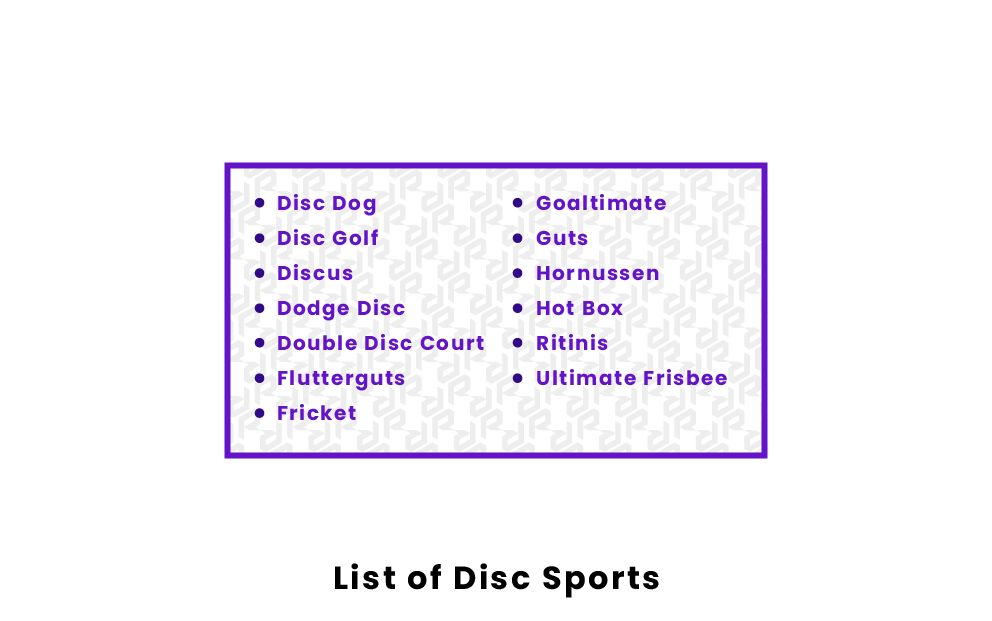 Disc sports have been around for a long time and have gained popularity over the last few years. Most people are familiar with a frisbee, but the world of disc sports is more than just tossing the disc to a friend. Since 1967, when Joel Silver invented ultimate frisbee, it has served as an alternative for some athletes. Discus, a throwing event in track and field competitions, has been practiced since 708BC in the Ancient Olympic Games. Events such as discus and ultimate frisbee require a fair amount of athleticism and are pretty competitive.

The goals for the sport change depending on the event; in discus, the goal is to throw the disc the farthest; in disc golf, you are trying to throw your disc in a small chain-link basket. While the objectives change, the common thread in all disc sports is the use of a disc to facilitate the sport."

What are disc sports?

Disc sports refer to any sport that utilizes a disc as its leading equipment, such as ultimate frisbee. They can vary in how many people play, where you play, and what other equipment is required, but they all use discs. Disc sports are a great way to enjoy the outdoors and be active while also being part of a welcoming and friendly environment where anyone can pick up a disc and join.

What different kinds of discs are used in disc sports?

The disc you choose and use changes as per which sport you are playing; in ultimate frisbee and hot box, you use a standard frisbee. Yet, in disc golf, there are four different kinds of discs. They use similar naming to golf, and these discs are called the distance driver, fairway driver, midranges, and putters. These discs serve a different purpose in disc golf, and most people bring their own discs. Meanwhile, discus involves a heavy metal disc that athletes attempt to throw as far as they can. This disc is known as a discus, hence the name of the sport.

What are the most popular disc sports?

In terms of international scale, the discus event is part of the Olympics and is quite popular. For most people looking to get into the sport, the main ones are governed by the World Disc Federation. This organization has five main disciplines they recognize as their most popular sports: ultimate frisbee, disc golf, freestyle, guts, and overall. Of these, ultimate frisbee and disc golf are the most popular among their peers and are played worldwide.

Where can I play disc sports?

All you need to play location-wise for most disc sports is an open field with enough space for the players to spread out. Some people even play disc sports in ultimate frisbee in gyms when the weather doesn't allow you to play outside. However, some disc sports, such as discus and disc golf, need specific locations. These events can be played in either a field with a throwing range or, in disc golf’s case, an actual course that is designed for the sport.