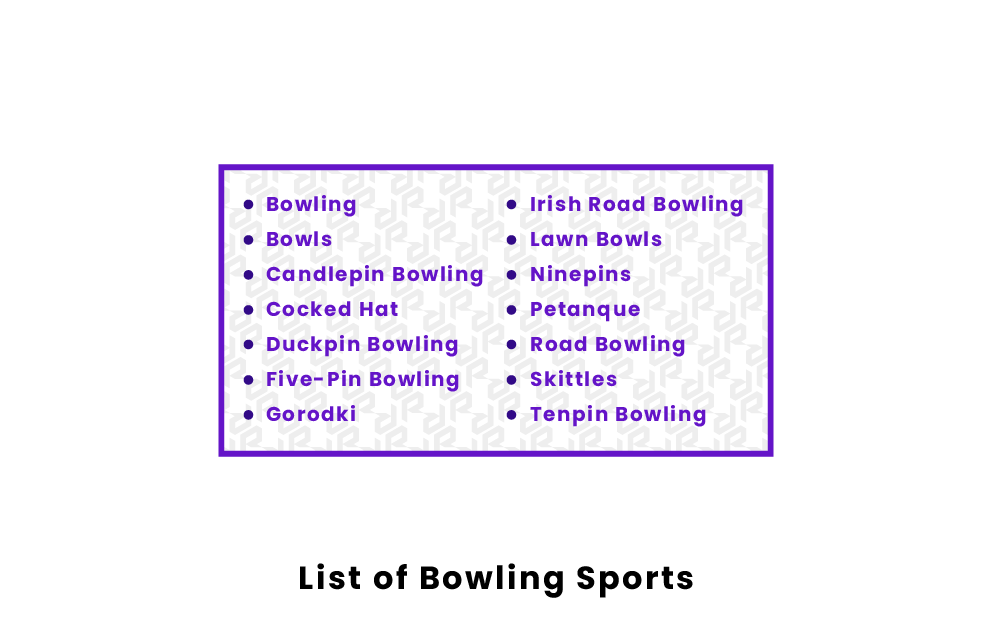 Bowling sports are a category of sports where players roll one or more balls at a set of targets, usually pins, attempting to knock them down. Other bowling sports involve trying to roll one’s ball as close as possible to a stationary target. There are many types of bowling sports across the world, and many cultures have regional variations of similar sports.

Modern bowling originated from an ancient Germanic religious ritual, in which a person who managed to roll a stone down a lane and knock down a club was considered to be cleansed of wrongdoing. The name of the toppled club, a Kegel, has survived to this day, and many modern bowlers are also called “keglers.” Modern ten-pin bowling emerged in the 18th and 19th Centuries, with the National Bowling Association being formed in Brooklyn, New York, in 1875. Famous bowlers include Pete Weber, Earl Roderick Anthony, and Don Carter.

What are bowling sports?

Bowling sports are sports where a player attempts to roll a ball down a long lane and knock down either one or multiple targets, such as pins, or to roll their ball close to a stationary target. Many different types of bowling sports exist, including tenpin bowling, where a player tries to knock down ten pins, and bowls, where players compete to see who can roll their ball closest to a stationary ball at one end of a lawn.

Where can I play bowling sports?

What equipment do I need to play bowling sports?

Most bowling sports only require a ball and proper footwear to play. For tenpin bowling, players can either own their own ball or use balls provided by the bowling alley. Some sports, such as bowls, require players to have a set of balls for each player and one to serve as the target. Most bowling sports require bowling shoes. Some players also use special guards or powder to protect their hands and wrists, but these are not always necessary.

What are the most popular bowling sports?

The most popular forms of pin bowling include ten-pin and duckpin bowling. Tenpin bowling involves players trying to knock down ten tall pins set up in the shape of a triangle. Duckpin bowling is similar to tenpin bowling but uses smaller balls and wider pins. Other bowling sports are popular as lawn games. Many of these are variations of bowls, including the Italian sport bocce and the French sports jeu provençal and pétanque.