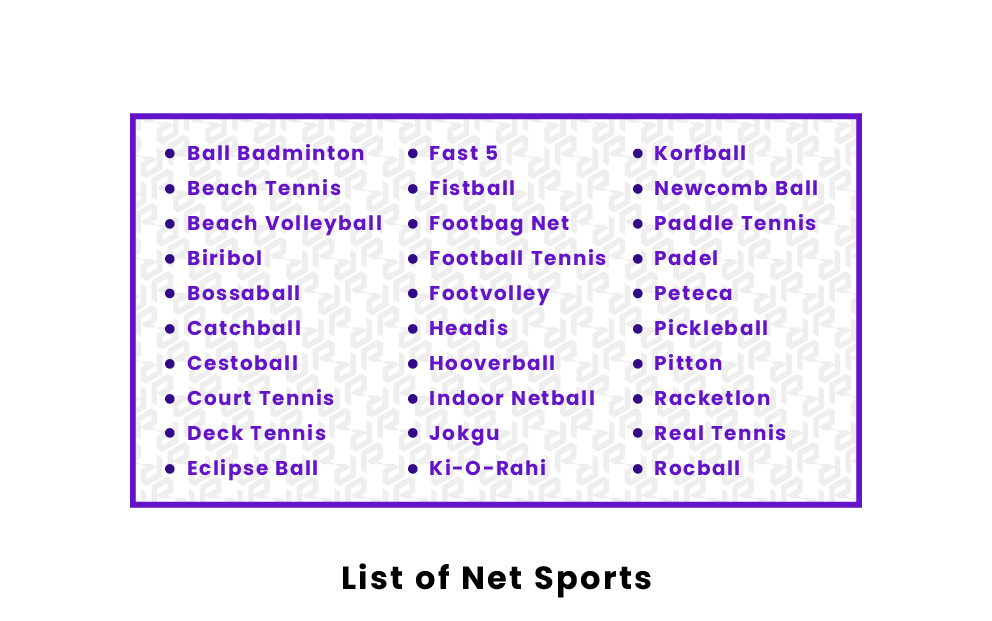 There are lots of different net sports that are played around the world. Popular sports such as tennis and volleyball are considered net sports along with more obscure sports like pitton which is a combination of pickleball and badminton. Net sports can be played indoors or outdoors and can be played on many different surfaces like on grass, in the water, on the beach, and even on the decks of naval ships.

What are net sports?

Are all net sports played with a racquet?

Do you play net sports as an individual or team?

When was the first net sport created?

In the 12th and 13th century a game called jeu de paume, or game of the palm, was played in France. This was a very early version of tennis, but without rackets. Jeu de Paume used to be an Olympic sport and is now known as court tennis or real tennis. Throughout time the game was modernized and people began to use rackets. The details surrounding the creation of tennis as we know today are disputed, but official rules were created in 1874.