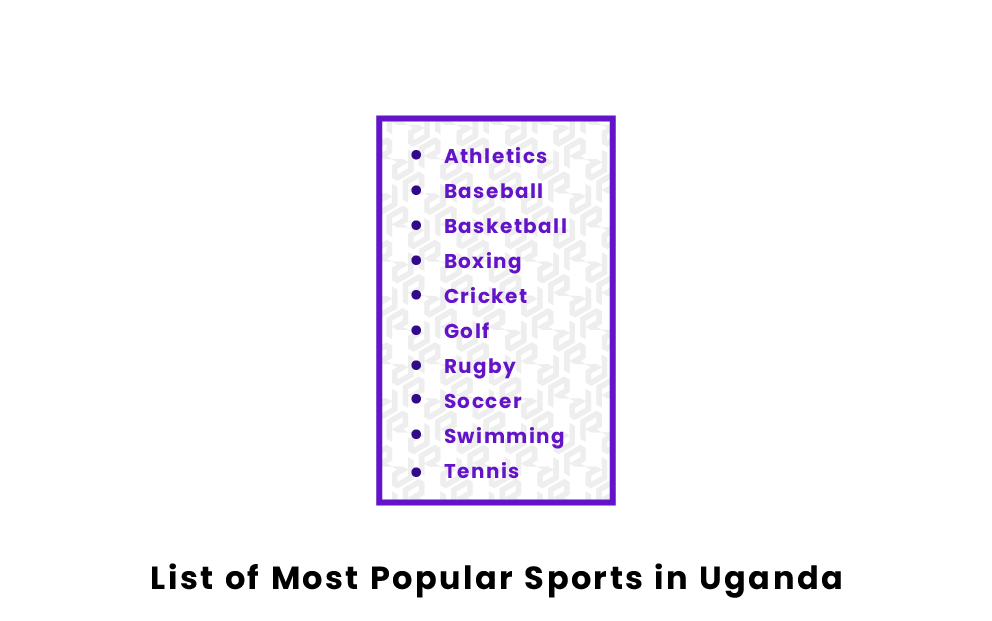 While Uganda does not have some of the money and resources that some other nations do to promote sports, the passion of the citizens is still there for sports across the country. Several well-known sports have gained traction in Uganda, including football (soccer), golf, swimming, cricket, rugby, baseball, basketball, and tennis.

Uganda has also had success with some of its sports teams on an international level. The Ugandan national soccer team has won the Council for East and Central Africa Football Associations (CECAFA) Cup, one of the most coveted trophies in African soccer, an incredible thirteen times. Additionally, the rugby team is one of the best on the African continent, and the basketball team has shown rapid improvement in recent years. In 2015, “The Silverbacks,” as the basketball team is colloquially known, qualified for FIBA Africa Championships for the first time. Uganda has been able to grow the sport in their country, and they have seen some international success.

Below is a list of ten of the most popular sports in Uganda. They are listed in alphabetical order.

What is the most popular sport in Uganda?

As is the case with several countries across the globe, the most popular sport in Uganda is soccer, also known as football in some parts of the world. The Ugandan national football team, known as the Cranes, is popular and successful. They have won the Council for East and Central Africa Football Associations (CECAFA) Cup on 13 occasions. Their success has contributed significantly to the popularity of football in Uganda.

What is the most watched sport in Uganda?

The most watched sport on television in Uganda is football (soccer). Since it is the most popular sport in the country, this is no surprise. Fans watch the national league, known as the Ugandan Premier League, on Sankhya Television every week to root on their favorite teams. The league actually was previously known as the Uganda Super League, but the name was changed before the 2014-15 season. Regardless of the league, Ugandan citizens will continue to watch their favorite sport.

What is the national sport of Uganda?

Pages Related to List of Most Popular Sports in Uganda