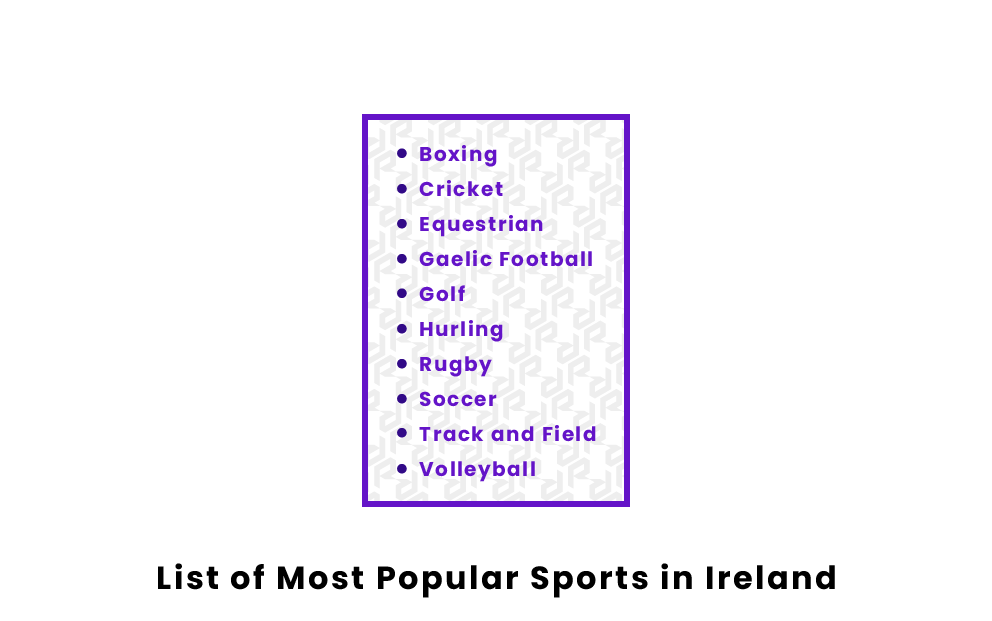 Ireland is a small country that takes great pride in its sports. While many sports fans around the world may know Ireland for having some of the most beautiful golf courses and sports scenery, the games that the Irish celebrate the most are ones that originate from their country. Ireland tends to mix multiple sports in order to create their own versions. It is this sense of nationalism within their sports that makes Ireland such an interesting and unique country.

What is the most popular sport in Ireland?

Gaelic Football is considered to be the most popular sport in Ireland. Gaelic Football garners over 30% of all sport attendances on an annual basis, making it the sport with the most spectators. It is a mixture of other sports such as soccer and rugby, and the goal is to score more points than the opposing team. The sport of Gaelic Football was created in 1887.

What is the most watched sporting event in Ireland?

The most watched sporting event in Ireland varies from year to year, however, the Six Nations Rugby matches as well as the All-Ireland Senior Football Championship Final tend to be some of the most watched. Six Nations is an annual rugby competition between six different countries. The All-Ireland SFC Final is the annual event that determines the winner of Ireland's premier Galeic Football league. As of 2020, both of these sporting events garnered over 850,000 viewers.

Does Ireland have a national sport?

Pages Related to List of Most Popular Sports in Ireland