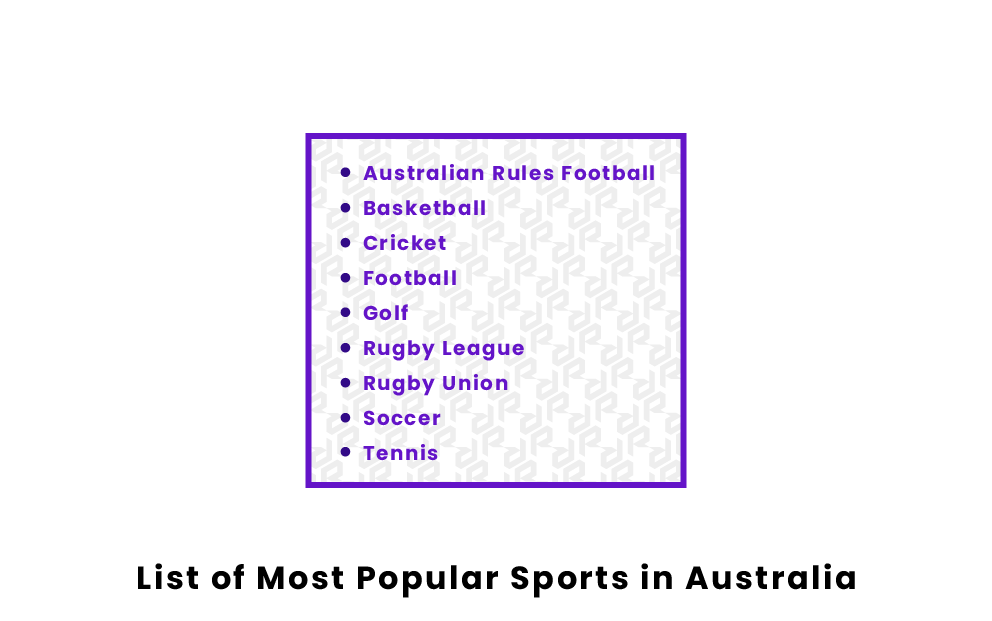 Australia is host to a large variety of different sports. They tend to favor contact sports such as Football and Rugby, but also celebrate traditional international sports such as Cricket, Basketball, and Golf. Around 14 million Australian citizens participate in sports every year, and the majority of adults are interested in sports. People of all ages and genders participate and enjoy sports in Australia.

What is the most popular sport in Australia?

The most popular sport in Australia is known as Australian Rules Football. Unlike traditional American Football, this sport is played with 18 players per side and uses a cricket field that may vary by dimension. As of 2016, over 1.4 million athletes from 25,770 different clubs have participated in Australian Football. This sport has become so popular that it is even being played in countries such as Denmark, Japan, the United States and many more.

What is the most watched sporting event in Australia?

On an annual basis, the most watched sporting event in Australia is the AFL Grand Final. The AFL final is a match played at the end of every post-season to determine the winner of the AFL, the highest Australian Rules Football league in Australia. In 2019, over 2.2 million people tuned in to watch this event. Similar to the Super Bowl in the US, this event is considered to be the biggest sports event in Australia.

What is the national sport of Australia?

While not as popular today as Australian Rules Football, Cricket is considered to be the national sport of Australia. Cricket was one of the first games ever introduced in Australia and has been played for over 200 years. This sport is mainly played in the summer months and is one of the most popular international games. Even though Australian Rules Football garners more viewership, Cricket occasionally has the largest participation.

Pages Related to List of Most Popular Sports in Australia