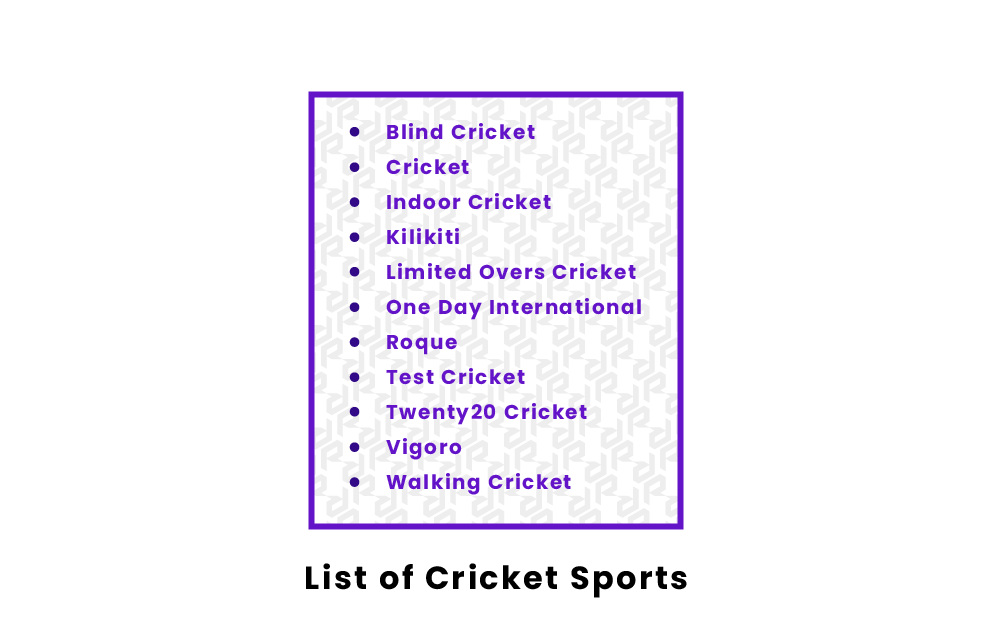 Cricket, a game invented by schoolboys in the sixteenth century and adopted by the British aristocracy as a gambling diversion, is now nearly the most popular sport in the world, second only to soccer (football).

Cricket is played by teams of eleven, on a grass field between two wickets, called a pitch. The wickets are composed of three upright sticks, called stumps, supporting two horizontal pieces called bails. Gameplay proceeds with a player on the defensive team bowling a ball toward a wicket. A player on the offensive team then attempts to hit the ball with a bat. Points, or runs, are scored by hitting the ball and running to the opposite wicket. Batters are ruled out by catching the ball after a hit or knocking over a wicket.

Cricket is a product of the British Empire and retains its largest following in former colonies such as India, New Zealand, and Australia. Test cricket is the most prestigious format, but shorter formats such as One-Day and Twenty20 have gained popularity and prominence in recent years.

What are cricket sports?

Cricket sports are a variety of competitions based on the bat-and-ball sport cricket. Some cricket sports, such as Test Cricket and One Day International, follow standard cricket rules regarding play, equipment, and scoring; the only modifications are to the length of the game. These modifications are accomplished by limiting the number of overs or innings or limiting the amount of time an inning or match may take. Other cricket sports, such as indoor cricket, vigoro, and walking cricket, are variations on traditional cricket that alter the equipment, scoring, and field of play.

What are the most popular cricket sports?

First-class cricket is the oldest and most traditional cricket format. Called test cricket when referring to domestic matches, first-class cricket is known as the highest standard of cricket competition, and it is the most popular format in some parts of the world. First-class cricket matches last five days, with at least 90 overs bowled per day. Such strenuous matches can be trying for fans; as a result, shorter formats have become popular over time. Two popular shorter formats are One-Day (also called Limited Overs and List A), which features matches completed within a day, and Twenty20, with matches completed in only a few hours.

Where are cricket sports most popular?

The British Empire was the primary factor contributing to cricket’s initial spread across the world. Consequently, most of the places where cricket is most popular are former English colonies or places where the British military had a presence at one time. India, Pakistan, Sri Lanka, Antigua and Barbuda, and Botswana all rank cricket as their most popular sport. New Zealand, Australia, the United Kingdom, Qatar, Singapore, South Africa, Malaysia, Nepal, and Bangladesh also feature large percentages of cricket fans among their populations.

What are the biggest cricket competitions in the world?