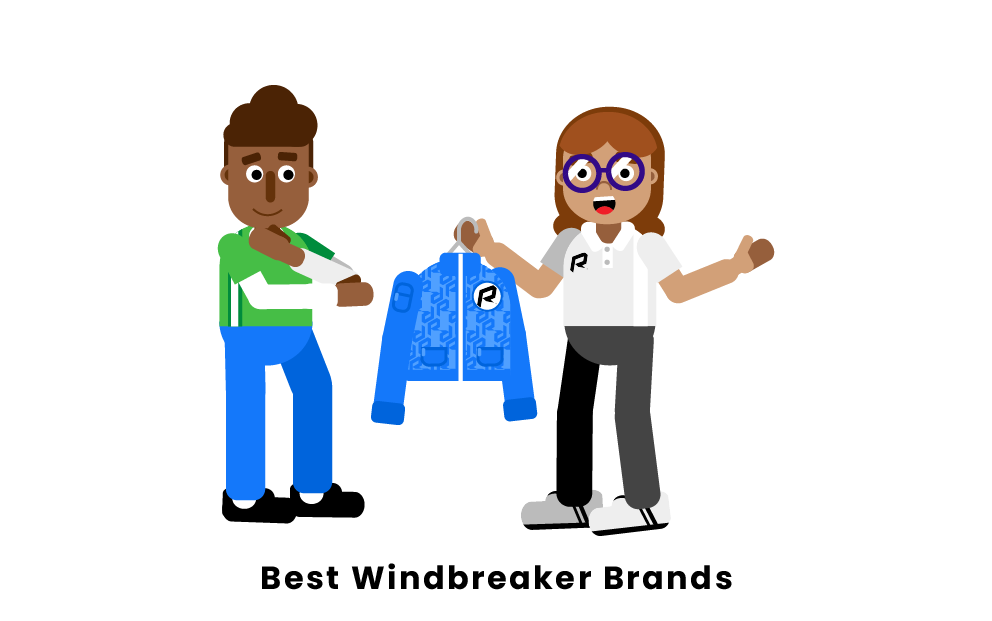 For the past few decades, few items of clothing have become more iconic as an expression of athleticism and love for sports than the sports windbreaker. Athletes across the world have popularized this popular jacket by wearing it in dozens of different styles and colors, often customized to reflect their needs and affiliations, such as team logos and sponsorships. Sports windbreakers are a hot item for athletes of all levels, from professional to amateur and recreational, and are even a popular fashion choice for non-athletes. Below are the top six best sports windbreaker brands, companies that produce high-quality jackets in a variety of styles to suit any wearer.

What are the most popular sports windbreaker brands?

For over 80 years, Columbia has proven itself to be the leading brand name in sportswear. Founded by Gert Boyle, a German immigrant who settled in Portland with her family after fleeing Nazi Germany in the 1930s, Columbia was named after the Columbia Hat Company, a small business purchased by Boyle’s father shortly after settling in Oregon. Gert Boyle’s husband took over the business from her father and, after his sudden passing in 1970, Boyle herself became Columbia’s executive officer. Boyle became known for her “tough mother” persona and her relentless pursuit of perfectionism. This attitude led Columbia to become a top-selling company in sportswear, known for the quality and durability of its clothing. Today, Columbia prides itself on crafting durable clothing for those with active, outdoor lifestyles, patenting and using industry-leading technology in its products. The company sells men’s and women’s windbreakers in a variety of styles, utilizing innovative developments such as Omni-Heat Technology, a thermal lining that helps wearers retain body heat. The company sponsors dozens of professional athletes and organizations who represent their brand, including, but not limited to, U.S. Curling, Alex Ferreira, Brain Harman, Sarah Hoefflin, Ryan Palmer, and Bubba Wallace.

Named after its founder, Adi Dassler, Adidas’ humble origins began in Bavaria, Germany, in 1924, when Dassler began a quest to provide athletes with the best possible equipment, specifically in regards to footwear. In 1949, Dassler created a shoe that contained the first hints of his company’s famous three-stripe logo, and by 1954, his shoes had become a household name in Germany after they helped the national football team beat Hungary in the World Cup. Over the decades that followed, Adidas branched out to become one of the most ubiquitous names in athletic footwear, and soon the company had grown large enough to begin selling far more than just shoes. While athletic footwear such as cleats, running shoes, and sneakers are the company’s primary products, Adidas is also known for making high-quality sportswear, including windbreakers. In the 1960s, Adi Dassler himself began patenting new technologies for sportswear, becoming one of the first businessmen to recognize the value of nylon fabric, which he used to create tracksuits. Today, Adidas sells a wide variety of windbreakers, and their products have been sponsored by many athletes and organizations, both past and present, including Von Miller, Lionel Messi, Kris Bryant, the World Cup, and the NHL.

The beginnings of Patagonia go back to its founder, Yvan Chouinard, a pioneer of sportswear technology who co-founded Chouinard Equipment, a producer of high-quality climbing gear, in 1964. In tandem with this effort, Chouinard developed a new brand, Patagonia, named for a mountainous region in South America. Focused more on sports clothing, Patagonia’s products quickly achieved high demand due to their durable, heavyweight, but breathable fabric. Through the 1980s, the company expanded, developing new, more sustainable fabrics, such as organic cotton, hemp, and polyethylene terephthalate (PET). Pioneers of environmental preservation, Patagonia prides itself on creating clothing from recycled materials such as plastic and has donated large amounts of money to grassroots organizations in support of environmental awareness. Today, Patagonia’s clothing, including a wide variety of windbreakers, remains among the most well-known in the industry. Patagonia’s windbreakers are known for their breathability and comfort, and many of their windbreakers (such as the Houdini or Houdini Air) contain patented double-weave linings with nylon exteriors in order to offer better wind protection in tandem with comfort. Patagonia makes windbreakers suitable for various outdoor sports, including running, hiking, and climbing, each with unique blends of fabric and protection to improve performance and comfort. Rather than engaging in direct sponsorships of athletes, Patagonia donates its charitable funds to groups working to protect the environment through “Enviro Grants.”

One of the most well-known sportswear brands in the world, Nike is famous not only for its athletic footwear but its clothing lines, one of which is the iconic Nike Windrunner Jacket. The company itself was founded in 1964 by Bill Bowerman and Phil Knight and was initially named Blue Ribbon Sports, before adopting the name Nike, after the Ancient Greek goddess of victory, in 1971. In addition to its iconic shoes, symbol, and slogan, Nike is also known for its athletic wear and for its innovations in sportswear technology. In the late 1970s, one of these innovations came in the form of the Nike Windrunner, a jacket designed to improve the lack of high-performance running apparel. The Windrunner was notable for its chevron design, lightweight nylon fabric, bright colors, and raglan sleeves, which offered both mobility and protection from the elements. Over the decades that followed, the Windrunner became one of the most iconic windbreakers in sports and recreational athletics, debuting as the chosen jacket for track and field athletes at the 1980 Olympic Trials in the United States. In the modern-day, the Windrunner continues to be one of Nike’s flagship products, and in 2010, it was reimagined with the inclusion of two new Nike technologies, lightweight Tech Fleece Fabric and Tech Aeroshield Technology, which provide warmth, breathability, and water resistance.

Founded in 1966 by husband-and-wife team Douglas and Susie Tompkins, The North Face has long been a leading name in winter apparel and gear for hiking and mountaineering. Developing a small, but growing, following among outdoorsmen after its move to Berkeley, California, the company quickly grew into a successful business, expanding rapidly to cover new frontiers of the sportswear industry, from hiking to skiing and everything in-between. In the 1990s, the company expanded further, moving into the broader sportswear business by launching new lines of products for athletes in sports such as rock climbing, backpacking, and trail running. Among the company’s most famous products is their iconic mountain jacket, designed for mountaineering and ice climbing and featuring multiple layers of fabric designed to preserve warmth and prevent damage from the elements. However, The North Face has also put out a notable line of windbreakers, which are known for their two-color designs and their inclusion of the famous half-dome North Face logo. The company sponsors various athletes in the fields of climbing, skiing, snowboarding, and running.

Under Armour is the youngest company on this list, as it was founded in 1996 by Kevin Plank, who became frustrated during his time as a captain on the University of Maryland football team when he found that his cotton undershirts often bunched up under his gear. Plank set out to find a new fabric that would perform better beneath heavy sports equipment and eventually created his innovative, lightweight Under Armour fabric as a result. After marketing his products to the NFL and receiving a number of high-profile buyers, Plank’s company grew rapidly, becoming a modern phenomenon in sportswear. Today, Under Armour has expanded far beyond its original line of products, producing dozens of different types of sportswear, footwear, and hats, among them windbreakers. The company is known for its numerous athletic sponsorships, perhaps most famous among them being Tom Brady, the all-time great NFL quarterback for the New England Patriots and Tampa Bay Buccaneers, who signed on to a deal with Under Armour in 2010. Brady’s wife, Gisele Bundchen, also worked closely with Under Armour, leading an advertising campaign which expanded the brand to women’s sportswear in 2014.