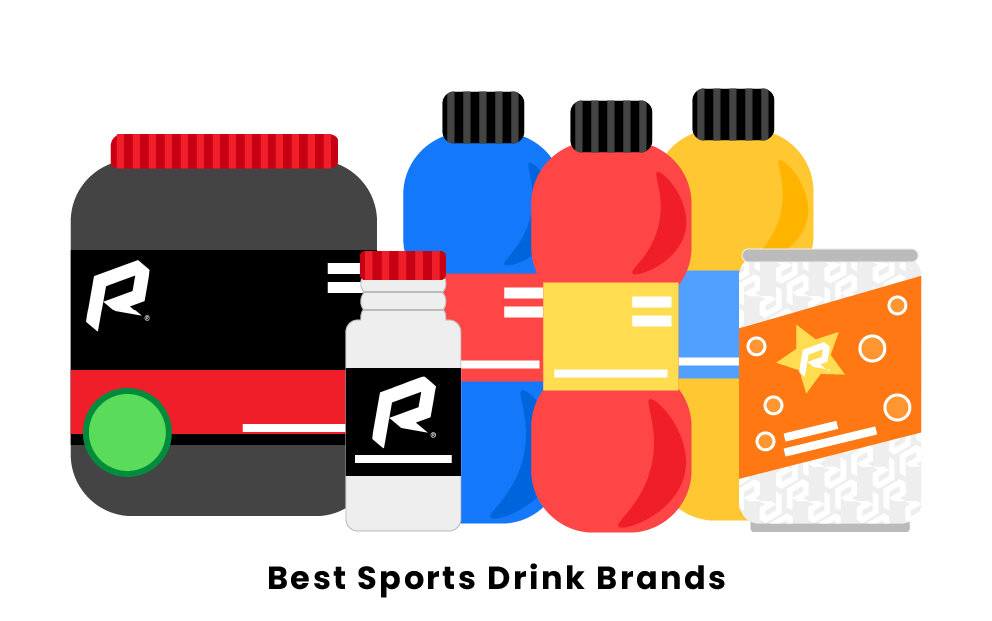 There are many different companies that make sports recovery drinks. Gatorade and Powerade are currently the most popular, but new up-and-coming sports drinks are trying to take over the market every day. Read more to find out about the history of these companies and how they use different flavors and vitamins to influence consumers to purchase their products.

What are the most popular sports drink brands?

Gatorade is the most popular and largest sports drink in the country. It was created in the School of Medicine at the University of Florida in 1965. In 1983, Quaker Oats purchased Gatorade for $220 million and was then acquired by PepsiCo in 2001 for $13 billion. Since its creation in 1965, Gatorade has been the leader in providing athletes with a way to recover after a workout with their Thirst Quencher electrolyte drink. Gatorade sells a line of sports drinks, including their original Gatorade Thirst Quencher, Gatorade Zero Sugar, G2 (which is a lower sugar drink), the Organic Thirst Quencher, and their Bolt 24 line designed to provide athletes with different antioxidants and energy supplements. Some of the Thirst Quencher flavors include Glacier Freeze, Orange, and Cool Blue. Gatorade also has a protein line where they sell protein bars, Gatorade Zero with ten grams of protein, protein shakes, and whey protein powder. Gatorade is the official sponsor of the NFL, MLB, NBA, NHL, and the WNBA. They recently signed their first college athlete to a NIL deal which was UConn women’s basketball guard Paige Bueckers. Some other Gatorade athletes include international soccer star Lionel Messi, Boston Celtics forward Jayson Tatum, and tennis superstar Serena Williams.

Powerade is an elite sports drink brand that the Coca-Cola Company created to compete with Gatorade. Powerade started in 1988 and hit the market as the official sports drink of the Olympics. Since then, Powerade has been one of the leaders in the sports drink industry by constantly modernizing its drinks to keep up with health and other trends by reducing sugar content and continually improving the vitamins and electrolytes in each bottle. They currently sell five different products: the Powerade Sports Drink, Powerade Zero Sugar, Powerade Ultra (which has 50% more electrolytes), Powerade Water, and Powerade Freezer Bars. Some of the sports drink flavors are Mountain Berry Blast, Fruit Punch, and Grape. All of their products contain their ION4 Advanced Electrolyte System, designed to replenish all of the sodium, potassium, calcium, and magnesium an athlete has lost from sweat. Powerade is currently the official sponsor of March Madness, The PGA TOUR, NASCAR, and the US Olympic Team. Some famous Powerade athletes are US Women’s National Soccer stars Alex Morgan and Ali Krieger, Portland Trail Blazers point guard Damian Lillard, and Memphis Grizzlies center Steven Adams.

BodyArmor is an up-and-coming sports drink brand that was created in 2011 by Mike Repole. The brand quickly took off by signing major athletes like Brooklyn Nets guard James Harden and women’s tennis star Noami Osaka. The late great Kobe Bryant was an early investor, as he purchased 10% of the company for $6 million in 2013. BodyArmor has been very successful, and that investment eventually turned into $400 million. In 2021, Coca-Cola purchased the company and now owns it in its entirety, so expect this brand to continue to grow with goals to become the official sports drink for more leagues. Bodyarmor has four different products: BodyArmor Sports Drink, Lyte Sports Drink, Edge (a caffeinated drink), and SportWater. BodyArmor says that they use no artificial sweeteners, dyes, or flavors. Some of their flavors include Fruit Punch, Blue Raspberry, and Orange Mango. BodyArmor currently has endorsement deals with the MLS, UFC, and the US Open. They also have many major athletes and celebrity endorsers, like Angels outfielder Mike Trout, Jennifer Lopez, USWNT star Megan Rapinoe, and Cardinals quarterback Kyler Murray. They also have a student-athlete ambassador program called BodyArmor U.

VitaminWater is a flavored drink brand that was created in 2000 by John Darius Bikoff with an emphasis on providing an excellent source of hydration and vitamins. VitaminWater was created only a few years after Bikoff started the company Energy Brands and released Smartwater as their first product. A few years later, Coca-Cola purchased the entire company for $4.1 billion and has controlled VitaminWater ever since. VitaminWater currently has 15 flavors on the market. About half of their flavors are marketed as having zero sugar, while the others contain some sugar. Every flavor contains a different variety of vitamins and minerals, including vitamins A, B, C, zinc, and different electrolytes. VitaminWater also makes an energy drink that contains caffeine, along with vitamins and electrolytes. Some flavors include Acai Blueberry Pomegranate, Tropical Citrus, and Dragonfruit. VitaminWater has not tapped into the athlete and sports league market recently, but in the early 2000s, 50 Cent was a celebrity endorser who appeared in lots of commercials and even had rap lyrics about the brand. VitaminWater’s main focus is to reach athletes and anyone looking to enjoy a good-tasting drink that will provide them with vitamins and minerals.

Propel is an electrolyte water product line from Gatorade. The brand was introduced in 2000 and launched into stores in 2006. Propel is a zero sugar-flavored water brand that guarantees more sodium and potassium per bottle than regular tap water. Propel makes nine different flavors of electrolyte water as well as their new line of Immune Support drinks, flavor packs, and reusable water bottles. The electrolyte water has zero sugar and zero calories and contains Vitamin B and antioxidant Vitamin C and E. They come in flavors like Black Cherry, Kiwi Strawberry, and Peach. The new immune support contains 100% of the recommended daily value of Vitamin C, as well as zinc. The immune support comes in two flavors: Lemon Blackberry and Orange Raspberry. The flavor packs are single-use powder packs that can easily be poured into a 16.9-ounce bottle of water. Propel does not currently have an athlete or sports league endorsement, but they recently had an advertisement for their new Immune Support drink with actress Mindy Kaling.

SoBe Life Water is a flavored water and tea company that was started in 1995 in South Beach, Florida. The first product they brought to the market was Black Tea 3G, which contained ginseng, guarana, and herbal ingredients. At the time, there was no other drink on the market that made tea with those ingredients. Since then, the company has been purchased by PepsiCo, and they now offer seven different drinks. Six of the drinks fall into their SoBe Elixir category, which are flavored drinks made with vitamins and real sugars. Their seventh drink is green tea. Some of the Elixir flavors include Pina Colada, Strawberry Daiquiri, Cranberry Grapefruit, and Strawberry Banana. This company does not market their drinks to be for sports recovery, but rather to be consumed as a refreshment on a hot day as well as a good source of vitamins. They have not had any recent sports or celebrity endorsement deals.