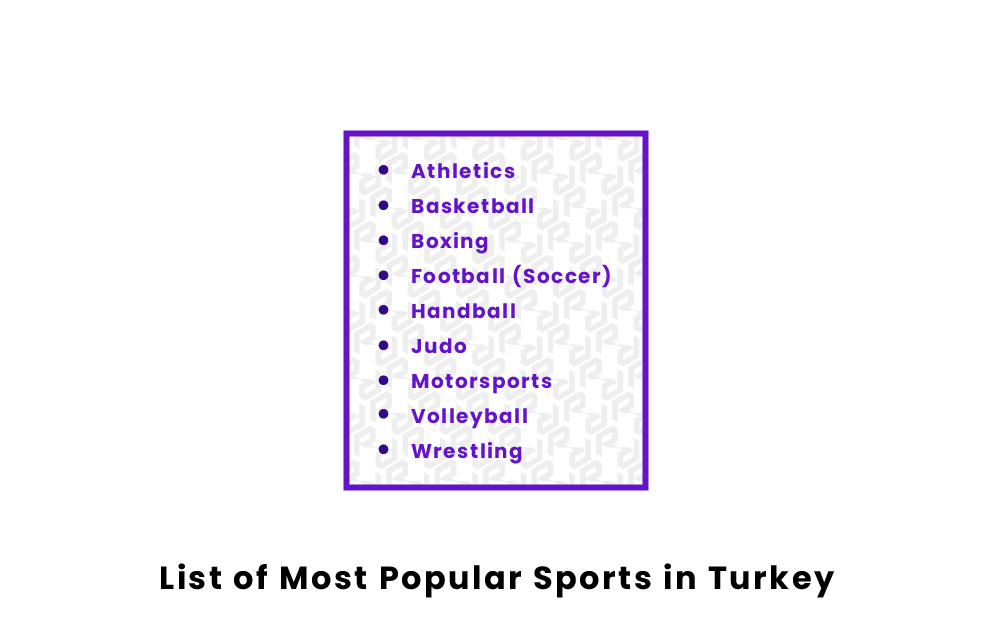 Sport is one of the top leisure time activities in Turkey and is a key part of Turkish culture. Their most popular sport is soccer (a.k.a. football), and some other top ones include volleyball, basketball, and handball. Turkish people also enjoy some more traditional sports such as oil wrestling and camel wrestling. In fact, every June in the city of Edirne, they host the Oil Wrestling World Championships. Perhaps the most successful individual Turkish athlete is weightlifter Naim Süleymanoglu. Süleymanoglu has won three Olympic Featherweight Competitions in weightlifting and has set 58 different world records in the sport. He also is one of just seven people in the entire world to lift three-times their own weight. Overall, sports of all kinds are quite popular across Turkey, both of the modern and traditional kinds.

Below are the most popular sports played in Turkey in alphabetical order.

What is the most popular sport in Turkey?

As was mentioned above, the most popular sport in Turkey is the sport of soccer. While the sport has always been popular in Turkey, it really exploded in 2002 when the Turkish national team finished third at the FIFA World Cup. The top soccer league in Turkey, called the Turkish Süper Lig, is one of the more popular European leagues due to its competitiveness. There is not one or two dominant teams, but rather plenty of parity throughout the league.

What is the most watched sport in Turkey?

Since it is the most popular sport in Turkey, it should be no surprise that the most watched sport on television is soccer/football. In fact, soccer is one of the two most popular programs on television in Turkey when everything is taken into account, not just sports. The only other type of program that is close to football in terms of television popularity is series programming. Clearly, soccer is extremely popular among all types of people in Turkey.

What is the national sport of Turkey?

Although there is no official national sport, the unofficial national sport of Turkey is oil wrestling. Oil wrestling is what it sounds like; wrestlers must wrestle each other while they are covered in oil. This makes the sport much harder than regular wrestling, as the oil obviously makes the wrestlers slippery. Turkey hosts the world Oil Wrestling World Championships each year. It is one of the most ancient sports in the country and was first practiced 4,500 years ago.

Pages Related to List of Most Popular Sports in Turkey