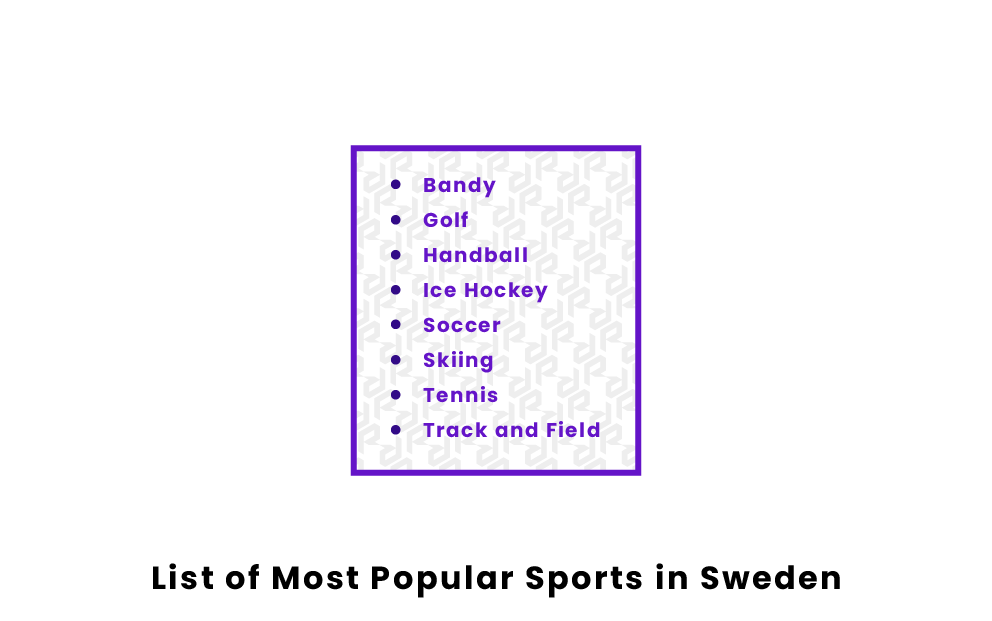 Sweden has an extensive and success-filled history of sports. The country has produced many big names across the board in several different sports, such as Zlatan Ibrahimovic (soccer), Bjorn Borg (tennis), the Sedin Brothers (hockey), and Annika Sorenstam (golf). All of these are popular sports within the country. In recent years the Swedes have performed well in all of these sports. Recent notable achievements include a gold medal in hockey in the 2006 Olympics and making the quarter-finals in the FIFA World Cup (2018).

What is the most popular sport in Sweden?

The most popular sport in Sweden is soccer, or football as it is referred to in the country. This can be measured in two separate ways: counting participants and viewers on television. Soccer tops both lists, cementing it as Sweden’s top sport. With over one million participants, just over ten percent of the population, it is the most played sport. It also has the most spectators, with Swedish soccer matches having an average of 180,000 viewers per match.

What is the most watched sporting event in Sweden?

What is the national sport of Sweden?

The national sport of Sweden is soccer. With around 1.2 million active participants in the country, it is a household name and game for those native to Sweden. While there is no legally official national sport decided by the government, soccer dominates the country. Fans flock to watch matches on television, more so than in any other sport. In addition, one out of every ten Swedes plays soccer themselves, the highest rate in the country.

Pages Related to List of Most Popular Sports in Sweden