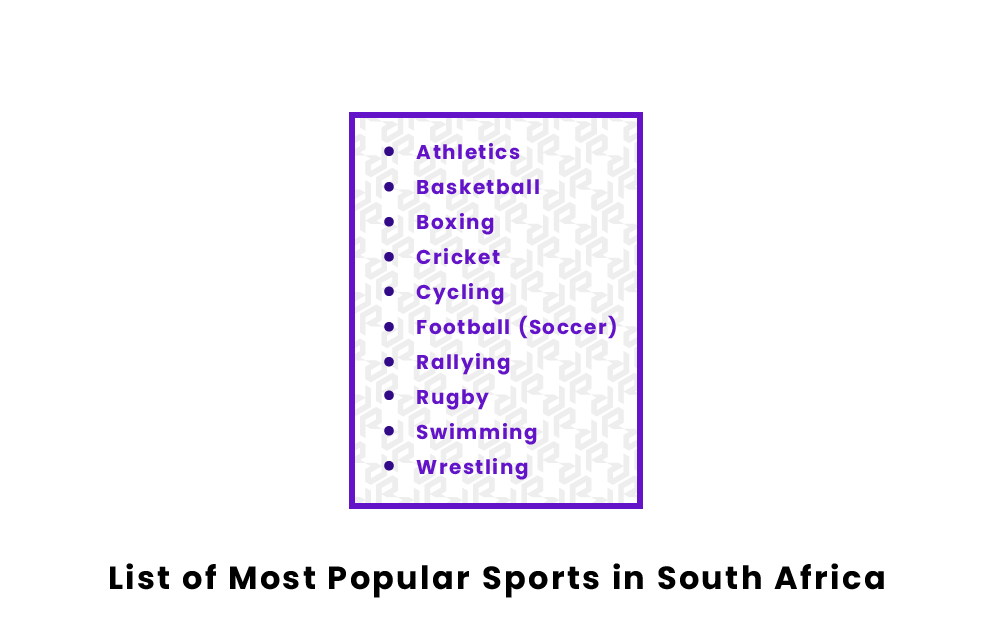 While there are many sports in South Africa, the most popular are known as the “big three” and include football (soccer), rugby, and cricket. There are 900 football clubs in South Africa, along with 1.5 million players who are registered and approximately 3 million other recreational players nationwide. Fans love to make noise at matches by using vuvuzelas, which are long horns that quickly gained attention and popularity at the 2010 FIFA World Cup in South Africa. Cricket was first introduced in the country in 1808 and quickly gained popularity. South Africa’s national team is known as the Proteas and competes in international competitions such as the ICC Cricket World Cup and World Twenty20. Rugby is South Africa’s most successful sport, as its national team is one of two teams to win the Rugby World Cup three times.

What is the most popular sport in South Africa?

Football, or soccer, is the most popular sport to both play and watch in South Africa. The country hosted the FIFA World Cup for the first time in 2010. The South African National Football Team has never won a World Cup title but has appeared in the tournament three times. South Africa’s love for the sport has grown over the years, as many of its players have emerged as stars on the international level, such as Benni McCarthy, Lucas Radebe, Steven Pienaar, Philemon Masingna, and Aaron Mokoena.

What is the most watched sporting event in South Africa?

What is the national sport of South Africa?

Rugby union is the national sport of South Africa. The country’s national team, known as the Springboks, is largely responsible for the sport’s popularity in South Africa. The team has experienced much success at the international level over the years, winning the 1995, 2007, and 2019 Rugby World Cup. Many of the world’s top rugby players are originally from South Africa, including Joost van der Westhuizen, Bryan Habana, Francois Pienaar, Frik du Preez, and Danie Craven.

Pages Related to List of Most Popular Sports in South Africa