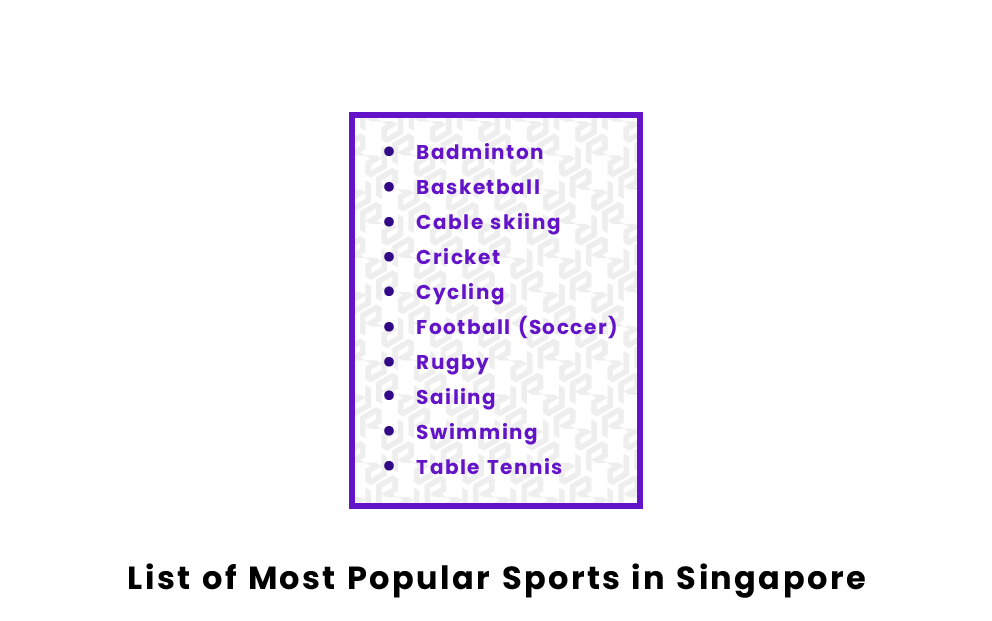 Singapore hosts a variety of sports to participate in or watch for entertainment. Sports are a popular pastime in the country, and a large portion of the population is very active. Numerous facilities and centers serve as hubs for sports, such as rugby, swimming, and volleyball. Given its location and status as an island, water sports like water skiing are popular among Singaporeans. Singapore has also participated in its fair share of Olympic games throughout its history. Although they have recorded many medals, the first gold was won by swimmer Joseph Schooling in the 2016 Rio Olympics, beating out the wildly successful American swimmer Michael Phelps. While Singapore has demonstrated success on many levels, sports play a large role in everyday life and society.

What is the most popular sport in Singapore?

Football, better known in the US as soccer, is the most popular sport in Singapore. National teams for both men and women represent the country on the world stage; however, smaller teams exist on the regional level. Historically, the men’s national team has finished strong in Southeast Asian tournaments, capturing Tiger Cup championships in 1998, 2004, 2007, and 2012. Some of the most famous Singaporean football players include goalkeeper Amos Boon, forward Ashrin Shariff, and defender Mohd Mardani.

What is the most-watched sporting event in Singapore?

Although soccer is the most popular sport in Singapore, one of the most-watched events in its history was the 28th Southeast Asian Games held in 2015. Available to watch on multiple channels, the event recorded approximately 3.3 million viewers for various sports, such as soccer, table tennis, netball, and basketball. Within these games, there were a total of 36 different sports and 402 total events. 64% of Singaporeans four and above watched the games, in which Singapore won second place.

What is the national sport of Singapore?

As the most popular sport in the country, it is no surprise that soccer is also the national sport of Singapore. The sport is not officially designated as the national sport by the government. However, the national teams are recognized by the government. Along with the more competitive and official teams, localized amateur teams account for much of the sport’s participation in Singapore, with an estimated 11,860 field bookings within 2020. Due to COVID, this number decreased slightly; however, it is expected to rise again in the coming years.

Pages Related to List of Most Popular Sports in Singapore