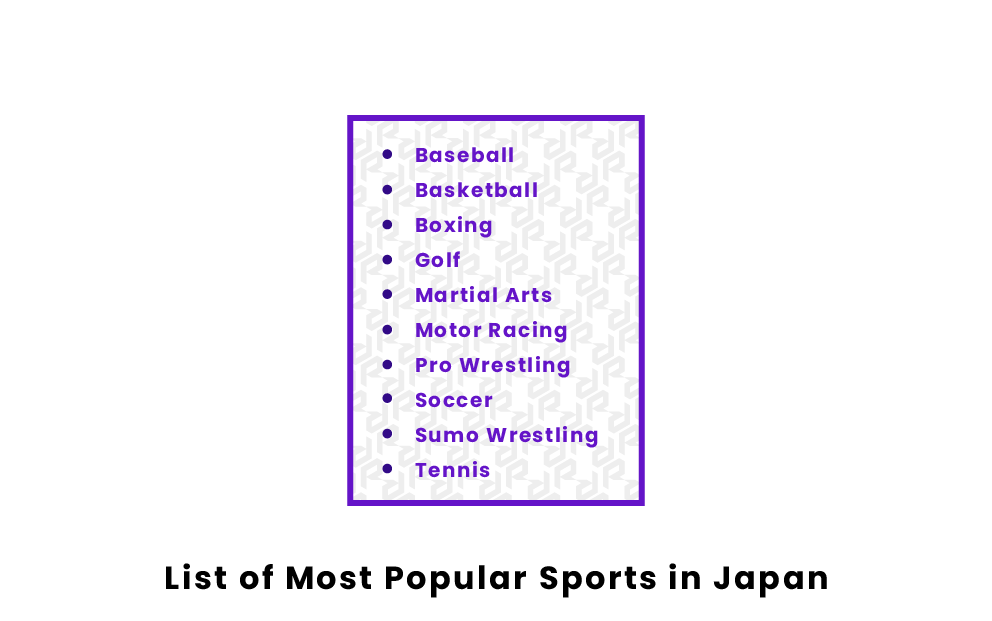 Japan has been known to have a passion for sports, as the country has hosted many significant sporting events throughout the years, including the 1964, 1972, and 1998 Olympic Games. It also was the host of several matches in the 2002 FIFA World Cup along with the 2019 Rugby World Cup. A few of the most popular sports in Japan include baseball, sumo wrestling, soccer, tennis, and golf. Baseball is considered to be the country’s most popular sport in terms of both playing and spectating. The sport has been around in Japan since 1872, and the country has its own professional league. Soccer (or association football) is another one of the most popular sports in Japan. The country established its first national team in 1930 and competed for the first time at the 1936 Olympic Games in Berlin.

What is the most popular sport in Japan?

Baseball is the most popular sport in Japan. The sport is so popular that it is often considered the country’s unofficial national sport. Baseball was first brought to Japan in 1872, but it wasn’t until 1936 that the country established an official professional league. Japanese baseball differs from American baseball in that a smaller ball is used, along with a smaller field and strike zone. Another major difference is that games can only last up to 12 innings during the regular season and 15 innings during the playoffs.

What is the most watched sport in Japan?

Baseball is also the most watched sport in Japan. The country’s professional league, called Nippon Professional Baseball, is split up into two leagues, the Central League and Pacific League. Each consists of six teams that are loyally supported by fans all over the country. Professional games attract thousands of viewers in person, along with many more on television. Another popular event is the National High School Baseball Championships (also known as Koshien) which takes place each summer.

What is the national sport of Japan?

The national sport of Japan is sumo wrestling. The sport has been around for countless generations and originated from a Shinto wrestling ritual. The first professional sumo wrestling tournaments took place in 1684 at the Tomioka Hachiman-gu Shrine in Tokyo. Today, there are six annual sumo tournaments in Japan that each last for 15 days. The initial matches in each tournament are between the lower-ranked wrestlers, while the final match is between the best two wrestlers.

Pages Related to List of Most Popular Sports in Japan