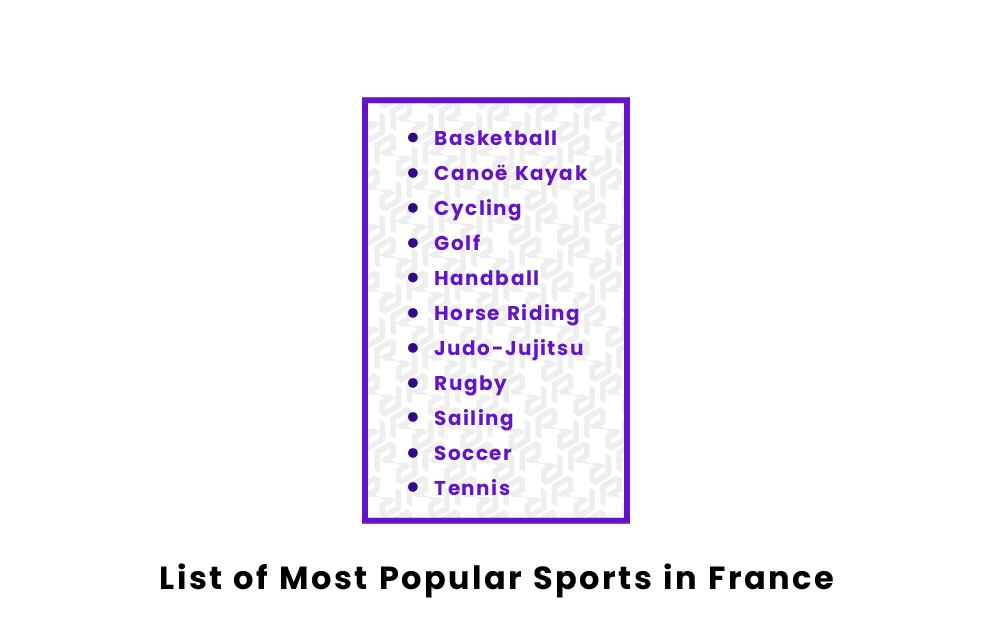 France is home to a wide variety of sports. Sports are a large part of the culture in France, with popular leagues such as Ligue 1 and popular events such as the Tour de France. Nearly two-thirds of French men and one-third of French women are active in at least one sport. Ligue 1, the highest-level French soccer league, is host to some of the most famous athletes in the world, such as Neymar Jr. and Kylian Mbappé. While soccer is very popular in France, tennis, cycling, and basketball are also very popular. Basketball is currently rising in popularity, as France earned a bronze medal in the most recent FIBA World Cup and a silver medal in the most recent Olympic Games. Overall, France is one of the most active countries in the world when it comes to sports.

What is the most popular sport in France?

The most popular sport in France is undoubtedly soccer. Soccer has a rich history in France, dating back to the late 1800s when the sport first rose in popularity. France is also home to some of the most talented soccer players in the world, winning the most recent World Cup in 2018. As of 2019, France has over 2 million athletes participating in the sport. This exceeds the second most popular sport in the country, tennis which has around a million participants.

What is the most-watched sporting event in France?

While the most popular sport in France is soccer, the most-watched sporting event is the Tour de France. The Tour de France is a cycling competition that takes place each summer in France. Not only is it the most popular sporting event in France, but it is the most viewed event worldwide, with 3.5 billion annual viewers. In 2020, 30.2% of the French population watched the race, making it the most viewed event in the country by around 10%.

What is the national sport of France?

Pages Related to List of Most Popular Sports in France