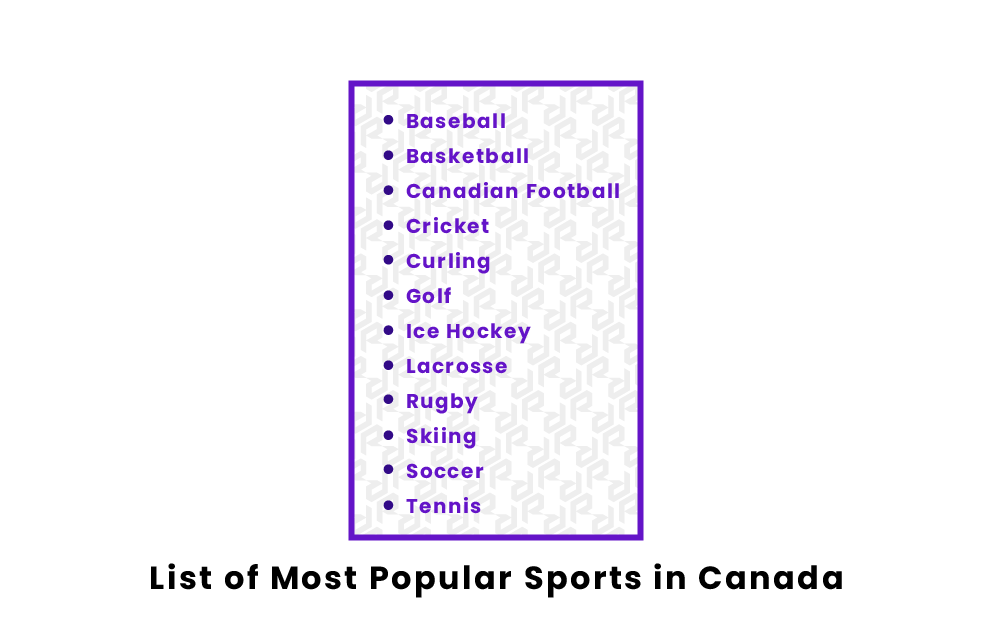 There are a number of popular sports in Canada, and many athletes of Canadian origin have distinguished themselves in various competitions, both in their own country and worldwide. Due to its geography and climate, which in many places is cooler than average, Canada has become known for the popularity of its indoor, ice-based sports. In particular, ice hockey is extremely popular in Canada. Many Canadian hockey players have excelled as players for the National Hockey League (NHL), which includes teams from across Canada and the United States.

Most Popular Sports in Canada List A to Z

What is the most popular sport in Canada?

The most popular sport in Canada for many years has been ice hockey. Ice hockey is sometimes named Canada’s national winter sport, and the NHL was first founded in Montreal in 1917, eventually broadening beyond Canada and into the U.S. in the 1923-1924 season. Currently, seven NHL teams are located in Canadian cities: the Montreal Canadiens, Toronto Maple Leafs, Vancouver Canucks, Edmonton Oilers, Calgary Flames, Ottawa Senators, and the Winnipeg Jets.

How many people play sports in Canada?

What is the most-watched sporting event in Canada?

The most-watched sporting event in Canada for the 2020/21 broadcasting season was Super Bowl LV. Overall, 17.6 million Canadians tuned in to watch the American football event in 2021, which was later confirmed to be the third-largest broadcast in Canadian history. Aside from the Super Bowl, the most-watched sports in Canada include ice hockey, soccer, baseball, and lacrosse.

What is the fastest-growing sport in Canada?

Soccer is currently considered to be the fastest-growing sport in Canada. With nearly 1 million participants across the nation, soccer is a quickly growing sport in Canada, with 1,200 clubs that operate out of 13 provincial associations. From 2016 to 2018, a greater percentage of 25 to 44 year-olds reported that they played soccer and baseball than adults aged 45 to 64, indicating that soccer is one of the faster-growing sports among youth in Canada.

Pages Related to List of Most Popular Sports in Canada