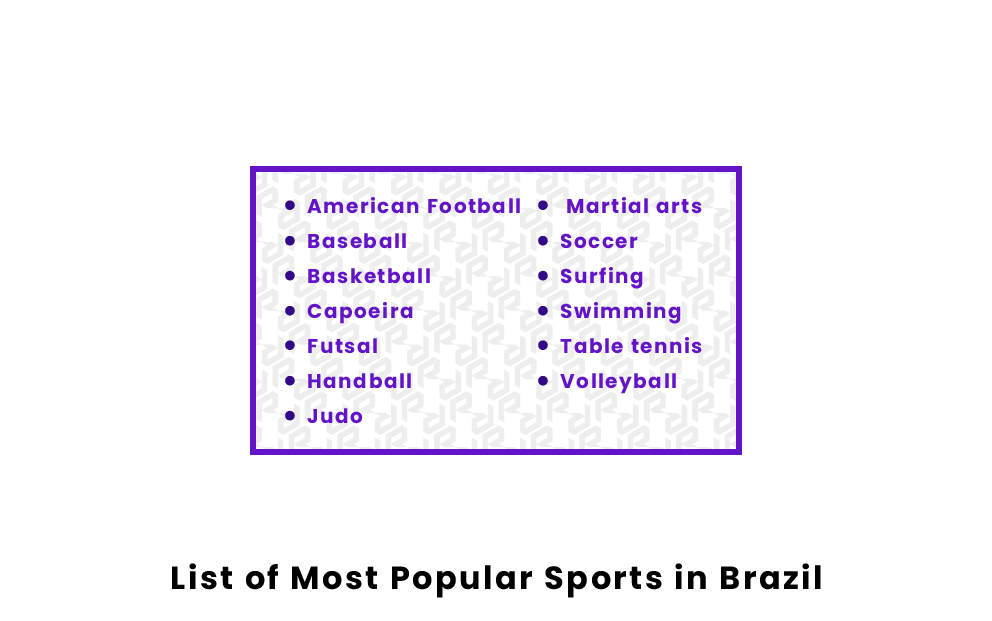 Brazilians are very passionate about sports, especially when it comes to soccer. The sport is so popular that several different varieties are played in Brazil. Traditional soccer is the most prevalent, but there are other forms such as street soccer, beach soccer, futsal, and footvolley that are loved by Brazilians as well. Street and beach soccer resemble traditional soccer the closest but are played in different settings. Futsal is also similar to soccer but is played on a smaller sports court with fewer players. Footvolley is a combination of beach volleyball and soccer, as players use their feet to kick the ball over the volleyball net. A few of the other most popular sports in Brazil include volleyball, basketball, capoeira, and martial arts.

What is the most popular sport in Brazil?

Soccer, or football, is the most popular sport in Brazil. The Fedération Internationale de Football Association (FIFA) estimates that there are approximately 13.2 million soccer players in Brazil. This does not include players that compete recreationally. Brazil is one of the most prestigious football countries, as it is the only one that has won five FIFA World Cup titles. The national team is also the only one that has competed in every World Cup tournament.

What is the most-watched sporting event in Brazil?

What is the national sport of Brazil?

While soccer is the most popular sport in Brazil, the country’s official national sport is capoeira. UNESCO (United Nations Educational, Scientific, and Cultural Organization) declared capoeira the country’s national sport and cultural heritage in 2014. The sport is a type of martial arts that combines dancing with self-defense. While traditionally used as a defense mechanism, capoeira has evolved into a sport that many Brazilians use to stay in shape and build muscle.

Pages Related to List of Most Popular Sports in Brazil