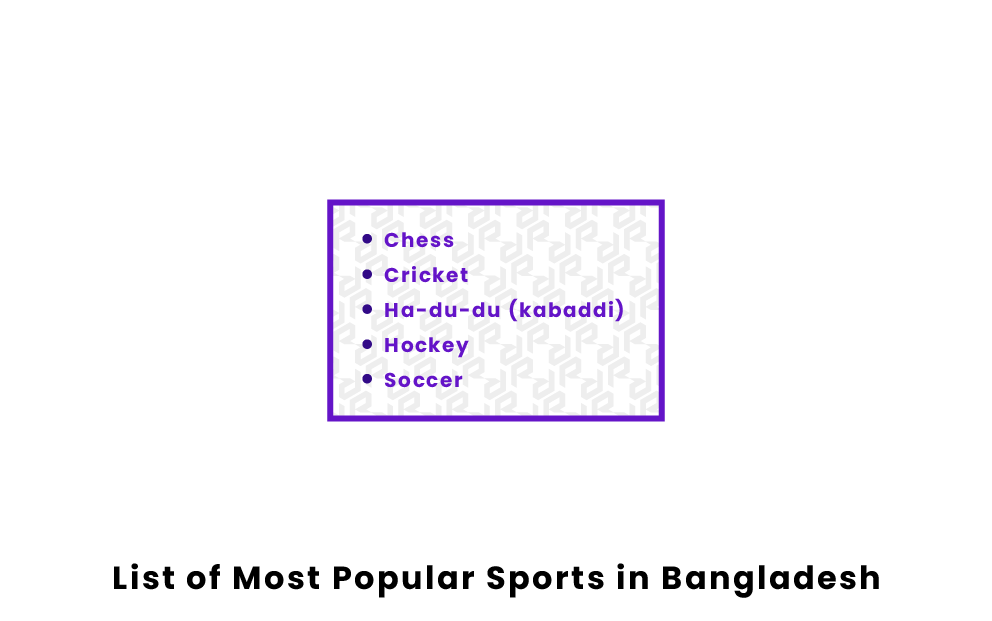 Bangladesh has a rich sporting history as varied as the country itself. Certain sports, such as cricket, were brought over in the 1700s as part of the country’s colonization by the British. The sport, however, did not reach its peak until reaching international acclaim in the late 20th century. Others, like ha-du-du (kabaddi), the official national sport, arose as the country’s own regional variation of sports that originated elsewhere. Finally, the globalization of sports like chess, soccer, and hockey has led to Bangladesh also joining various international sports leagues and producing highly competitive teams and players as each sport rose in popularity. Listed below are the most popular sports in Bangladesh currently.

What is the most popular sport in Bangladesh?

The most popular sport in Bangladesh is cricket. In 1997, the national team won the International Cricket Council (ICC) Trophy. In the following years, cricket’s popularity skyrocketed across the country. In 2000, Bangladesh became a full member of the ICC, allowing Bangladeshi teams to play the highest type of cricket - test cricket. The nation’s status and its connection to cricket were even further recognized in 2011 when Bangladesh hosted the 2011 Cricket World Cup along with India and Sri Lanka.

What is the most-watched sporting event in Bangladesh?

The most-watched sporting event in Bangladesh is the Cricket World Cup. With it being the international championship of One Day International (ODI) cricket, the event offers the opportunity to see Bangladeshi players on the world stage. In 2015, Bangladesh beat England to enter the quarter-finals, and, in 2020, the Bangladesh Under-19 cricket team won the 2020 Under-19 Cricket World Cup. With each new national stage of success, the event has received a boost in viewership.

What is the national sport of Bangladesh?

The national sport of Bangladesh is ha-du-du, a version of the contact sport known internationally as kabaddi. When Bangladesh gained its independence as a country, Prime Minister Bangabandhu Sheikh Mujibur Rahman had to choose new national symbols. Despite the widespread popularity of both cricket and soccer, those sports had ties to the country’s colonial past. Thus, the unique history of ha-du-du was deemed the preferable choice for declaring a new political era. In 1972, the sport was given its official status.

Pages Related to List of Most Popular Sports In Bangladesh