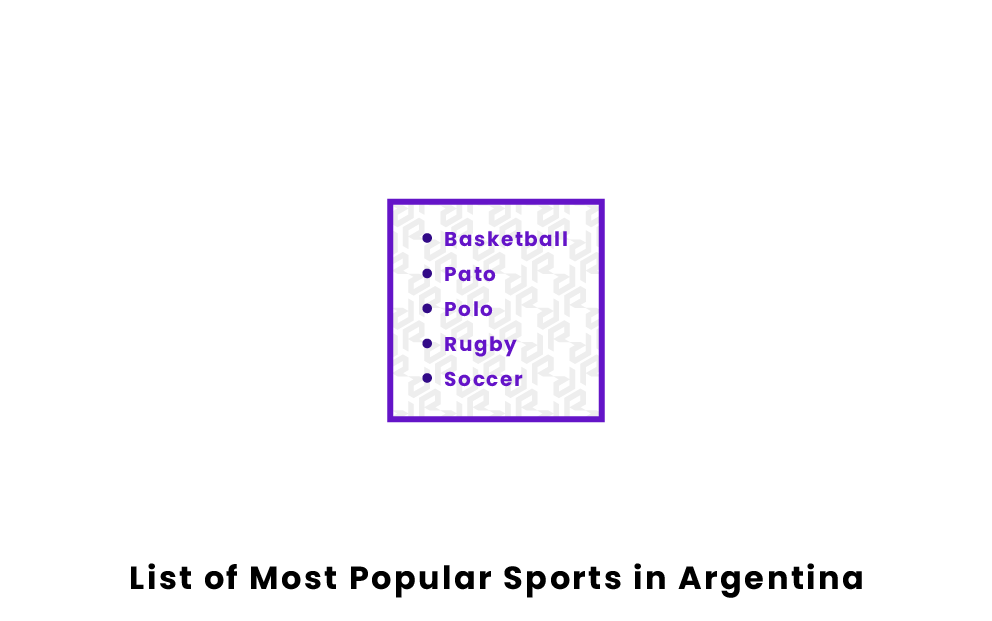 Argentina has a rich sports history featuring two of the greatest soccer players of all time, Diego Maradona and Lionel Messi. However, the country is passionate about more than just soccer, with many different sports, including the national sport of pato, drawing interest from around the nation. The Argentine national basketball and soccer teams have made the country proud and earned significant followings with their accomplishments over the years. Star players such as Manu Ginóbili and Luis Scola have helped grow the game of basketball in the country, while more traditional sports such as polo have also stayed popular in Argentina as well. Sports like soccer and polo were introduced by the British in the 19th century, along with rugby, which has also become a popular sport in the country.

What is the most popular sport in Argentina?

The most popular sport in Argentina is soccer. The game became popular amongst the working classes in the country after it was introduced by the British in the 19th century. Since then, soccer has offered people all around the country the chance at wealth and international fame. Argentina has achieved success in international competitions and produced two of the greatest soccer players in the history of the game, Diego Maradona and Lionel Messi.

What is the most watched sporting event in Argentina?

What is the national sport of Argentina?

The national sport of Argentina is pato, despite the incredible popularity of soccer in the country. Pato means duck in Spanish, and the game dates back to the 17th century. It somewhat resembles polo, with two teams of four players on horseback competing to score goals by throwing a leather ball, which originally was a duck in a basket, into their opponent's hoop.

Pages Related to List of Most Popular Sports in Argentina