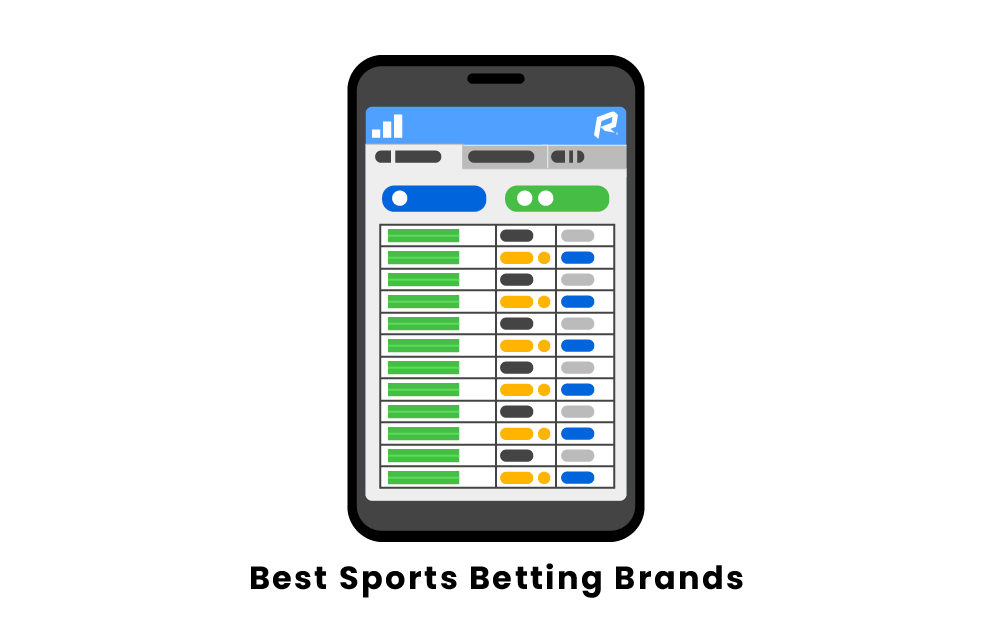 Sports betting has been around since the early 19th century when horse racing was the most common sport to gamble on. Sports betting has exploded across the United States because the PASPA (Professional and Amateur Sports Protection Act) was overturned in 2018, allowing any state to legalize sports betting. During this shift in the legislature, certain companies and brands have risen to the top as the premier outlets for sports betting. Read on to learn about the top six best sports betting brands.

What are the most popular sports betting brands?

When FanDuel was first created in 2009, it was not a sportsbook. The app was designed to change the way people played fantasy sports from season-long to daily. This allowed people to change their lineups constantly and play for cash prizes. In 2018, FanDuel launched its own sportsbook and online casino to expand the company. The book is entirely legitimate in states it has been granted permission to operate out of, and it features almost anything an in-person sportsbook can provide. However, the sportsbook app is only available to those who live in the states that have legalized sports betting. FanDuel has a ton of sponsorships, including several NBA teams, the NBA itself, the NFL, and the Pat McAfee Show.

DraftKings is another company that started as just a daily fantasy app but has added its own sportsbook. DraftKings was launched in 2012 and now provides daily fantasy for 15 professional sports in eight countries. Draftkings officially launched its sports betting site on August 1, 2018, in New Jersey, making it the first company to provide legal sports betting since the PASPA was overturned. Like all betting apps, Draftkings sportsbook is offered only in states in which sports betting is allowed and has many customizable gambling options for the consumer. The company also became the first daily fantasy sports platform to have an agreement with the NFL. DraftKings also has sponsorships with a ton of professional sports teams and leagues.

BetMGM was launched on July 30, 2018, with the company motto that sports “aren’t meant to be watched, they’re meant to be played.” A consumer can use BetMGM to bet on traditional sporting events like most other sports betting brands. You can bet money lines, point spreads, player props, and also customize your bets. BetMGM currently operates in 17 states in which sports betting is allowed. However, what sets the company apart is its immersive casino feature that allows the consumer to play almost any card game they want from their mobile device. BetMGM has sponsorship deals with many professional sports leagues and teams, and also with popular actor Jamie Foxx, who appears in multiple places on the company’s website.

Barstool Sportsbook was founded in September of 2020, 17 years after the company was founded by Dave Portnoy. It’s currently available in 11 states, and Portnoy has said he plans on expanding it to all 50 of them once sports gambling becomes legal in the other states. The book offers a loyalty program in which people can gradually climb up the ranks by betting more or going to land-based casinos to earn a variety of prizes. The highest tier rewards include a stay at Tropicana Las Vegas or a one-year Mercedes Benz lease. The company also offers a first-time player bonus. Bettors who lose their first wager may receive a refund as bonus cash, depending on the odds of the bet. Barstool also has several deals with professional leagues and teams. Overall, Barstool Sports has grown into an empire, and their recent sportsbook only adds to it.

BetRivers became a sportsbook in 2018 and is considered to be a very safe and dependable book recognized by the United States. BetRivers operates as any other sportsbook that’s taken shape since 2018. However, the company sets itself apart with the welcome bonus offered at the very beginning of someone’s experience. Only offered one time, a new bettor receives a 100% deposit match up to $250. Once they have the money, they have 30 days to claim it and must use the entire amount. The sportsbook operates in ten states currently and has sponsorships with multiple sports leagues and teams, including the Chicago Bears.

PointsBet was founded in January of 2019 and is the only sportsbook on this list that was founded outside of the United States, as it was established in Australia. It’s also incredibly unique in the way the book operates. Most sportsbooks across the country offer what are called “fixed odds.” This means there’s a line or odds, and a bettor is either right or wrong. However, PointsBet takes into account how right or how wrong someone was when betting. It’s high risk/high reward, as this feature allows someone to win or lose more depending on how correct or incorrect they were. Pointsbet also has sponsorships with the University of Maryland and Colorado athletics. It also became the first sportsbook to partner with a college bowl game when it struck a deal with the Fiesta Bowl in 2021.