What Are The Best Seats At A Sports Event? 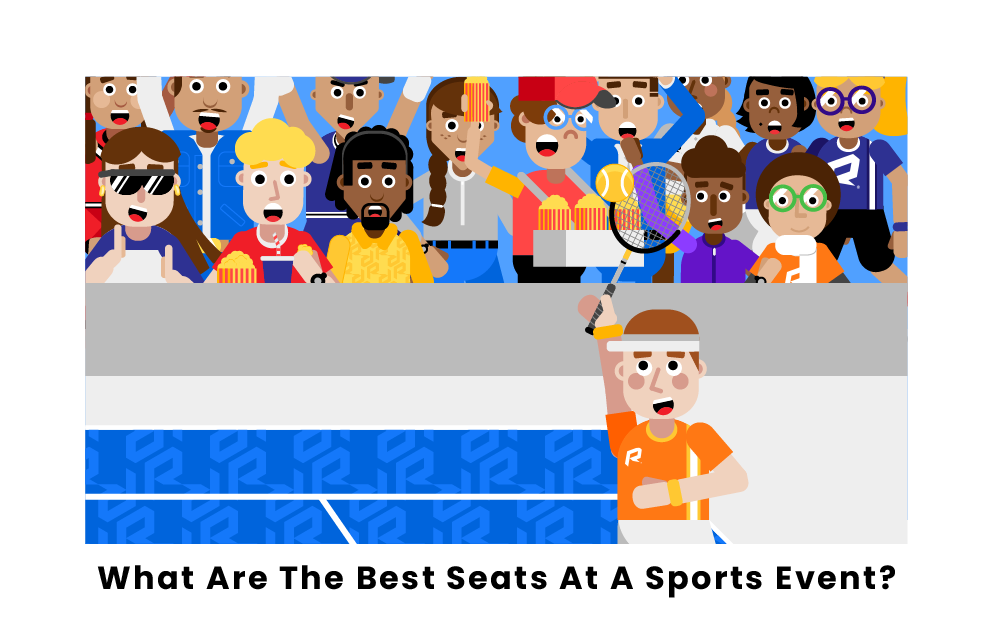 One of the first and most important steps in attending a sporting event is deciding where to sit. Depending on the sport you are attending, that may mean sitting courtside and being right in the middle of the action or up in second-tier seats where you can see all the action playing out without getting whiplash from following along. You may want a seat that is cheap, or if you want to splurge to make sure you have the best seat, you may be spending up to $50,000 for a single ticket. Read on to see which are the best seats at various sporting events, and their pros and cons.

If you go to a basketball or soccer game, it is obvious that the best seats will be courtside. There, you can spot multiple VIPs enjoying the game and see the players and action up close. However, are these really the best seats? The cost for courtside seats can vary, but they are usually the most expensive of all seats in a stadium. If you were to attend a basketball game, a courtside seat might range anywhere from $300 to up to $50,000. The price mainly depends on the popularity of the team and how late in the season it is. If you are planning on courtside seats for the NBA final, you will be paying around $50,000. But in terms of viewing pleasure, courtside seats will allow for viewers to be up close to the game and have a full view of each play a team makes, and you can often even listen to what players are saying. The downside to courtside seating is that, sometimes, players can obstruct your view of the game, and it can be hard to keep track of the score since the scoreboard is directly above you.

Tier seats will mainly be found at stadium sports like basketball, football, baseball, or hockey events. As you move up in tier, costs usually go down, but the quality of viewing also tends to decrease, though this is not always true. For example, at AT&T Stadium–home of the Dallas Cowboys football team–a first-tier seat may cost between $475 and $1800, second-tier seats could cost between $400 and $1200, and third-tier seats often range between $260 and $280. For nosebleed seats, which would be considered second or third-tier depending on the game, even a lower price may not be worthwhile to some. For the most part, you are the furthest away from the field in these seats, and it is often hard to identify players because you can barely see it. The closer you are both vertically and horizontally to the field, the better. However, some truly devoted fans care more about the experience of attending a game than the quality of their view. For these fans, a high-tier seat may be worth it, even if the view is poor.

To help make the best seating decision possible at any sporting event, it is good to compare the costs of sitting at various sporting events to determine what is the best seat for you. For most stadium-style sports events, a ticket that costs $100 will grant you access to seats that are either located on the second or third tier. For example, when considering a baseball game at Yankee Stadium, a $100 seat would generally be located in the second tier. From there, you can see the whole field, but the players will seem a bit small, so if you want the full fan experience of really seeing your favorite baseball team, this seat may not be the best.

Meanwhile, for $115, the cheapest seat that MetLife Stadium (home of the NFL’s New York Giants and New York Jets) has to offer, watchers will be located on the third-tier part of the stadium. Here, you can have a birds-eye view of the field. Again, just like baseball, you won’t be able to see more than tiny bodies around the field. For a basketball game at the United Center in Chicago, home to the Chicago Bulls, a $100 ticket will get you a second-tier seat with a nice view of the court. Here, you can generally see the players, and are able to watch the game without players being too tiny to watch.

The best seats that can get you the most out of your $100 are seats for golf and soccer. For golf, the general admission ticket for the 2019 PGA championship was $110. With general admission, you can stand anywhere on the course, meaning that you could potentially wiggle your way to the front to get up-close views of the star players. The only downside to this ticket is that you don’t have a guaranteed row spot, but for the most part, you can see the action. For soccer games at Orlando Stadium or Banc of California Stadium, you can get front-row seats for around $100.

All in all, if you were to factor in price and vantage point for seats at a sporting event, the best seat would be within the first level of the stadium. These seats would include courtside seating and any seats that would be numbered in the 100s. However, if you were trying to get the most value for your money, the best seats would be either farther back in the 100s level or in the 200s section, which would give you a nice view of the sporting event without making it too hard to keep up with what is happening in the game.

Pages Related to What Are The Best Seats At A Sports Event?