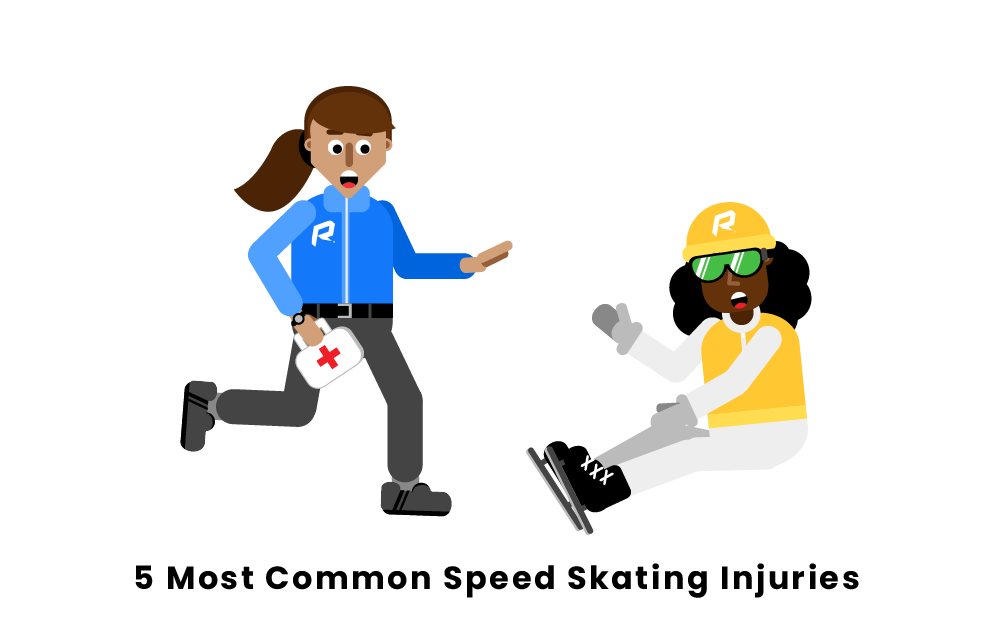 What are the most common speed skating injuries?

Back strains are the most common injury to occur among speed skaters. Back strains are usually caused by either lifting heavy weights or being hunched in an unnatural position for long periods of time; for speed skaters, the latter is the usual cause of back strain. Speed skaters skate around the ice hunched over to achieve a greater aerodynamic position to increase their speed. This takes a toll on their back, causing pain to arise. Many athletes of this sport will incorporate back stretches before and after a competition or training session to improve the back’s flexibility.

Dislocating a shoulder is a painful injury that occurs often on the ice among speed skaters. A dislocated shoulder can happen when the arm bone separates from the cup-shaped socket in the shoulder blade, causing immediate pain. Dislocated shoulders are caused from a direct, sudden force on the shoulder, popping the bone out of the socket. In speed skating, shoulder dislocations occur often when a skater falls from a high speed. Speed skaters will know immediately when this injury has occurred, and will usually seek medical attention. There is no way to avoid this injury because it occurs by accident from a fall.

A contusion is a common injury that may arise during any sport, including speed skating. A contusion is the medical term for a bruise, and a bruise gets its dark black and blue color from the sudden force hit against the skin, causing the capillaries to leak blood in the affected area. Contusions are common in speed skating because speed skaters skate at very fast speeds, so if a skater falls, the impact of that fall is much greater than a regular fall. Speed skaters have to be cautious when they skate to avoid falling in order to avoid contusions.

Patellofemoral pain syndrome is an injury that is commonly sustained in the speed skating community. This injury is a condition that occurs at the patella, which is the knee and around the kneecap, and causes pain to that area. In sports, this condition is referred to as a “jumper’s knee” or “runner’s knee” because of how those two actions put significant pressure and force on the knees. Speed skaters get this injury because they are essentially running on ice, and that puts excessive pressure on the knees. This injury can also occur suddenly, such as if a speed skater falls on their knees at a high speed. Rest usually treats this injury.