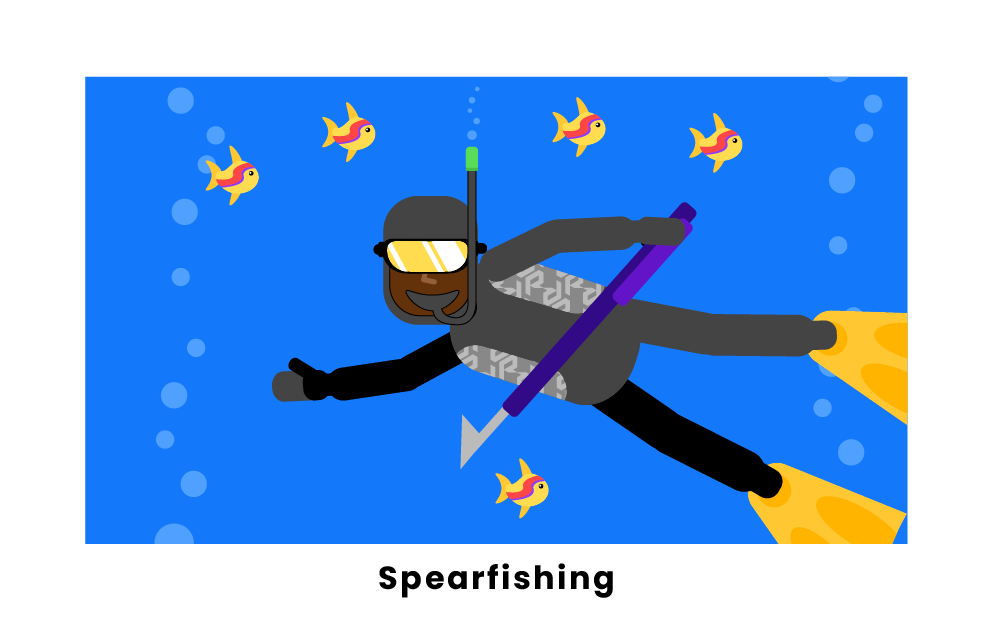 Spearfishing can be done as a sport, for commerce and for subsistence. It can be an exciting way to interact with nature and explore the creatures that live in the ocean. Spearfishing requires skill, patience, stamina, and a love of the water.

The history of spearfishing dates back to ancient civilizations such as Mesopotamia and Egypt, as many early hunter-gatherers were located on a coast. During the Paleolithic era, 10,000 to 2.5 million years ago, spears were made of barbed poles called harpoons. Modern spearfishing began to evolve in the early 1900's when fishermen began to hunt below the water using goggles and their spear. 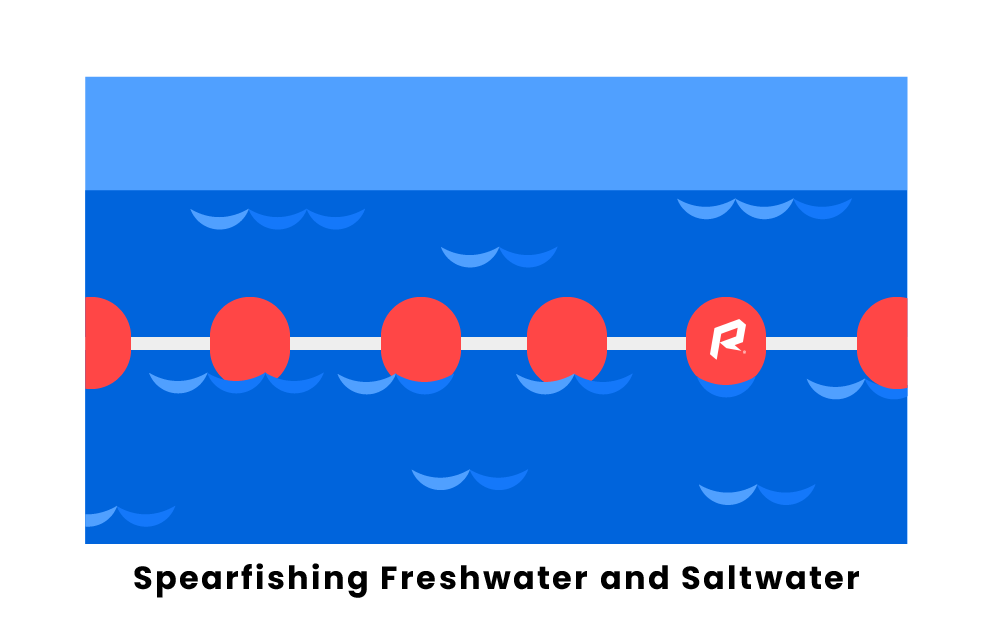 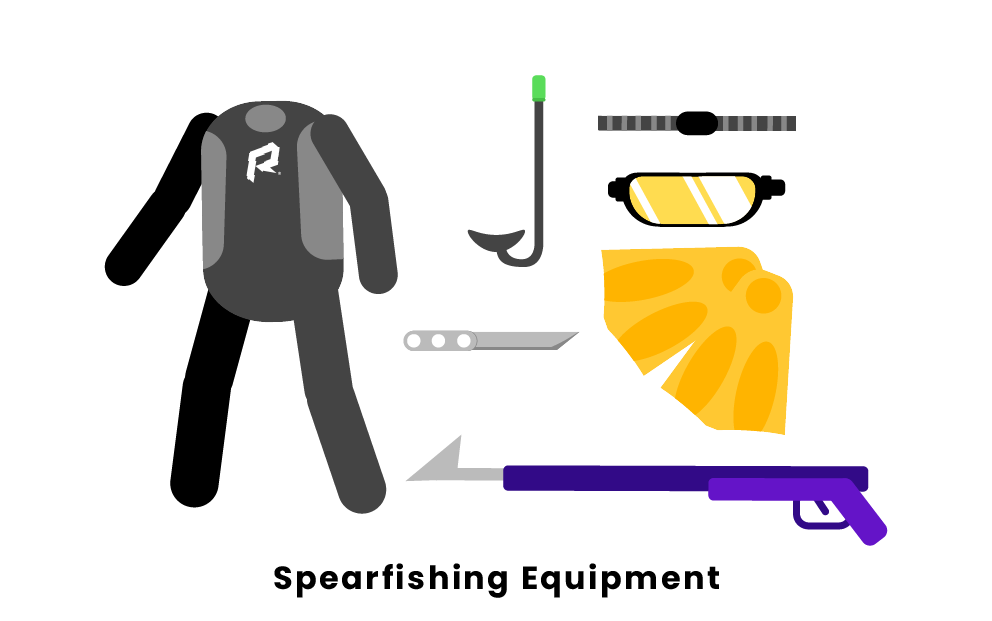 The right spearfishing equipment ensures safety while underwater. The list below consists of essential gear for all spearfishers.

Here is the essential spearfishing equipment you should have:

The objectives of spearfishing depend on if you are doing it recreationally or for competition. For recreational spearfishing the objectives are to be safe and enjoy hunting. For competitive spearfishing, tournaments are arranged into events by gender. Points are awarded for the size and weight of the fish that is caught. Penalties are assessed to participants who catch fish that are below the minimum weight of 3 kilograms. The winner of the tournament is the one who has the most points. A percentage ranking is given to each contestant. 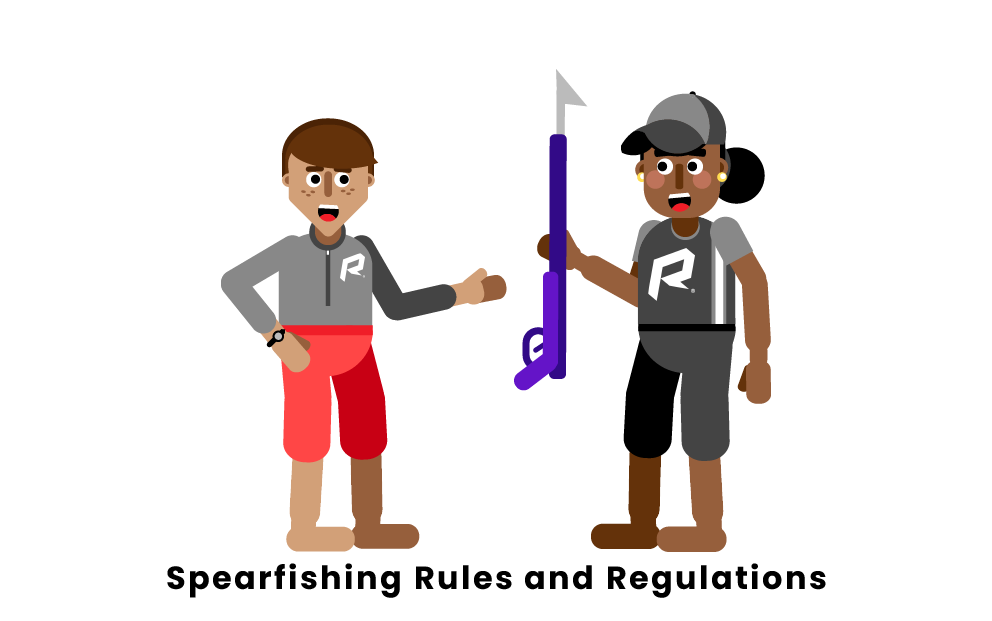 The World Confederation of Underwater Activities (CMAS) publishes the International Spearfishing Regulations which are the basis for local and worldwide competitions. All spearfishing tournaments must submit their rules and regulations to the CMAS in advance of their event for approval. Regulations cover administrative issues, behavior of the athletes, what equipment can and cannot be used, how to judge catches, and how to mediate complaints.

Here are the most important Spearfishing rules you should know:

For every spearfishing athlete you talk to, you are sure to get a different tip for successful catches. At the top of the list is safety and making sure you have the right equipment. How to wait and approach your prey is something else you will learn with practice. Even the killing of your catch is important for humane purposes.

Here are the most important spearfishing strategies you should know 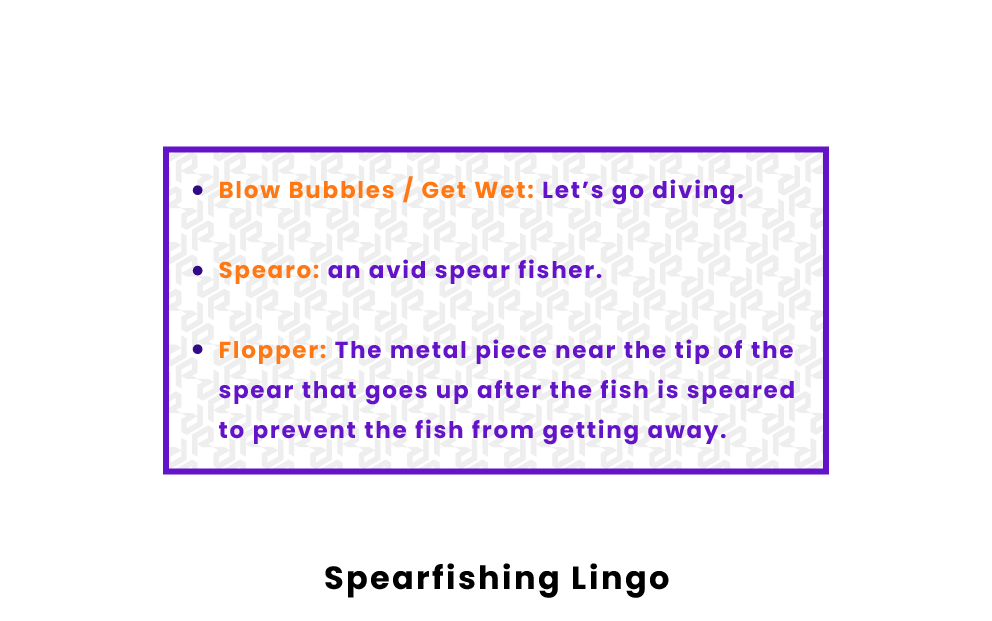 Here is the common lingo and slang in Spearfishing: 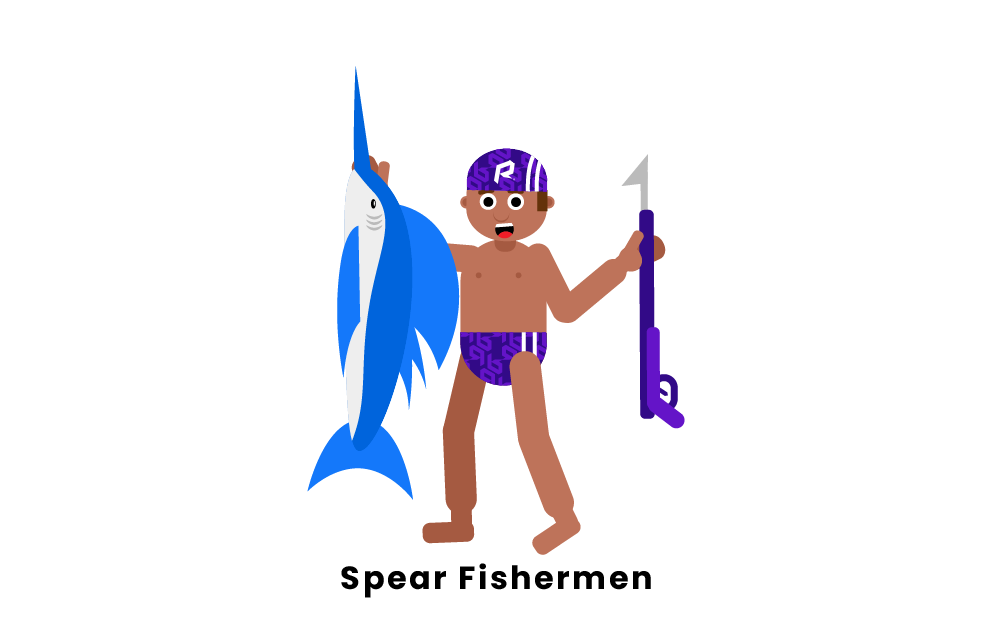 There are many famous athletes in the sport of spearfishing. Some, like Del Wren, overcame physical disabilities to become legends. Others, like Terry Maas, secured World Records that have stood the test of time. Maas caught a 398lbs / 180.5kg Pacific bluefin tuna in 1982 that was not beaten until 2006.

Here are some of the most famous spearfishing professionals you should know:

Here are the most notable tournaments in spearfishing:

Spearfishing World Tournament: Competitions take place all over the world including Portugal, Peru, Chile, Brazil, and Italy, among others. Spain has hosted the most, at 6 championships. Croatia, French Polynesia, Greece, Venezuela, Turkey, Cuba, Yugoslavia, and Malta have also held world tournaments.

Pages Related to What is Spearfishing?