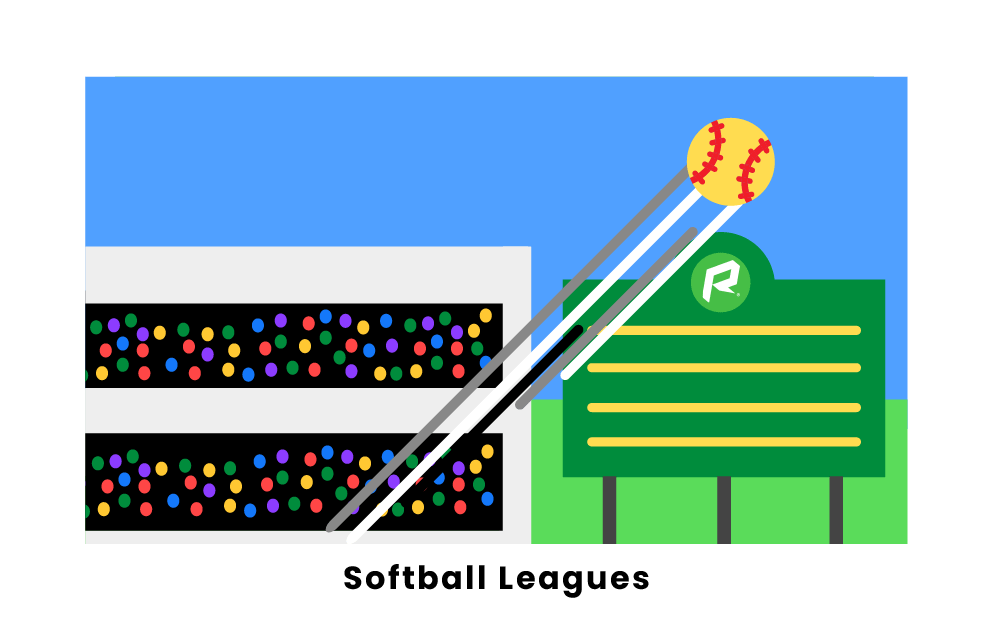 Softball is a team sport that requires players to play offense and defense in order to score as many runs for their team as possible. Softball leagues are formed to allow teams to play against other teams in their area, of similar skill levels, or with more of a focus on having fun than winning. Leagues exist for people of almost any age and can be created as a means of team bonding or just a way to get more exercise. In a league, teams will face off against each other and look to win as many games as possible. Depending on the number of teams in the league, each team may only meet once during the season, or possibly multiple times! Typically, the team with the most wins at the end of the season will be named the league’s champion.

The most important thing you need to start a softball league is to gather enough people together who want to compete in one! A softball league cannot be formed without players. Players should be generally the same age and must be dedicated to showing up to games or practices! Players should be divided up into teams so they know when they are playing and who they are competing with.

Next, make sure you have a field to play on. Softball fields can be found indoors or outdoors and need three bases, a pitcher’s mound, and a home plate to properly function! You should also have umpires who can attend each game and make proper calls on each pitch or play. If you want a less competitive league, players may be able to call balls, strikes, and outs themselves, but make sure they do so fairly!

Lastly, make sure you have uniforms and equipment to play with. Uniforms are necessary to differentiate between teams; simple t-shirts will do the trick! Equipment like bats, softballs, mitts, helmets, and bases are all necessary for the game and can typically be purchased for low prices.

Since softball is typically played outdoors, seasons begin in late spring and continue to late summer/early fall. Practices may begin in April or May, as soon as the weather is decent enough for play to begin. In areas that are warm year-round, leagues can play during any part of the year, as long as they have fields to play on. Most times a league will last around 4-6 months, depending on how competitive the leagues are, the age of its participants, and how many teams are in the league.

Softball leagues can be major time commitments for some players or an opportunity to see friends once a week for others. Make sure to find a league that matches your preferences!

Cost To Join A League

When it comes to the cost of a softball league, answers will greatly differ depending on the league. Some softball leagues may only charge you $5 for a shirt to play in while competitive travel leagues may ask for $1000 or more. Generally, the more competitive a league is, the more it will cost you to play. Some leagues include fees for social activities that take place after games, so make sure you know exactly what you are paying for when you send in your money!

Really solid softball equipment can be expensive as well, so be sure to factor equipment costs in when you are thinking of joining a league.

There are softball leagues of every level, but the top women’s professional league in the world is National Pro Fastpitch (NPF), a league with six teams that operates within the United States. The league has teams representing three different countries; the United States (Cleveland Comets, Chicago Bandits, California Commotion), Australia (Aussie Peppers), and China (Beijing Shougang Eagles). Like other professional sport leagues in the U.S., the league has a college draft and can be viewed on a variety of streaming services. This is the highest level of professional softball in the world, along with the national teams formed for competitions like the Olympic Games.

No men’s professional softball leagues currently exist within the United States, though slowpitch leagues have existed in the past.

For advanced competitors, the most popular league in softball is NCAA Division I Softball. The top college teams in the countries compete in a televised championship tournament each year that draws millions of viewers on major networks.

The body that provides the most Americans with softball is the United States Specialty Sports Association (USSSA). The USSSA is a governing body for tens of thousands of fastpitch and slow pitch softball teams around the country. Leagues are formed through the USSSA and must adhere to rules that designate things like what bats and helmets are allowed and what umpires can call games.

Less intense leagues can be run through members of a league, company, or municipality, with rules that follow less specific guidelines. These leagues are typically for adults who do not want a super competitive environment.