How Much Do Softball Tickets Cost? 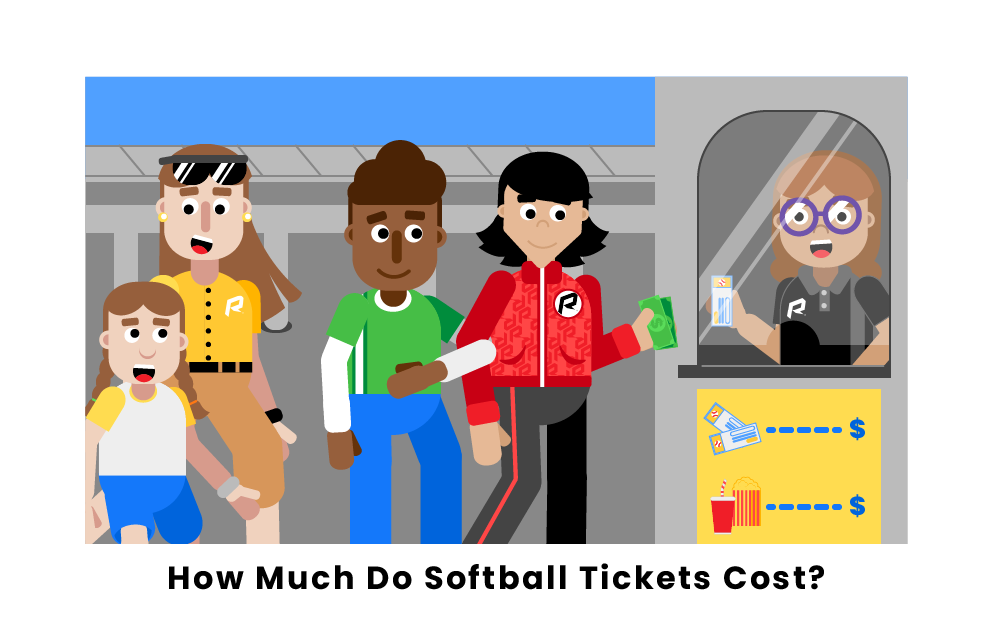 Many young girls choose to play softball at a young age and then continue playing the sport at the high school and college levels. However, there are not many professional opportunities available, and young girls who want to watch softball do not have many viewing options beyond college softball. However, professional softball does exist in the United States, although the viewing opportunities and awareness of the sport are limited. Due to this, softball events are often not as expensive as baseball counterparts, and the attendance is lower for softball than for baseball events. Here is a look at typical ticket prices across different levels of softball.

For many softball players, reaching the college level is considered the epitome of their careers, and high-level Division I softball can draw fairly large crowds compared to other women’s sports on campus. College softball coincides with the baseball season during the spring, and often softball fields and baseball fields sit in the same complex of a college campus. Since softball games are played frequently, and there is enough seating for fans who want to attend, ticket prices are relatively low compared to other sports such as football, basketball, or baseball.

Similar to other sports, colleges often allow students to watch softball games for free as long as they show a valid student ID card or use some other form of verification. Softball ticket prices also vary depending on the caliber of the softball program and the level of tickets sold. For example, many schools only allow reserved seating for season ticket holders, and everyone who attends as a non-season ticket holder must buy general admission seating.

At a high-caliber SEC program like Alabama, general admission seats cost $10 per adult fan and $5 for children. The best seats are reserved for season ticket holders, and the most expensive season ticket package at Alabama is $150 per season. In the 2022 season, Alabama played 27 home games before the NCAA tournament, which meant that a fan who purchased season tickets and attended every home game would have paid less than $6 per game. Tickets for the postseason and the Women’s College World Series are more expensive than regular season tickets.

The Women’s College World Series is the final round of the college softball postseason tournament. It is similar to the Men’s College World Series in that there are eight teams that play in a double elimination round robin tournament before the final two teams play a best-of-3 series to determine the champion for that season. The series is always played in a neutral location so that no team has an unfair advantage over the other, and the true champion can be crowned. Since the stakes for these games are higher than regular season matchups, ticket prices are higher for these games accordingly. While there is no standard ticket price, it costs $25 to reserve a general admission seat months in advance of the series, and prices get higher as the event draws near. These reservations also ensure that fans can attend every game of the series for this price.

For softball players who want to play professionally, Women’s Professional Fastpitch (WPF) is the premier league in the United States. It currently has three teams and plays most weekends throughout the summer months. This league is not well known, and they currently play most of their games in Florida or Alabama, although they have gone to Illinois, Indiana, and Oklahoma, among other states. Tickets for these games are usually about the same price as tickets for high-level regular season college softball, as tickets for a typical league game are often between $5 and $10. There are also All-American games that feature higher-level talent and are comparable to All-Star games in other sports. These games are typically more expensive as general admission tickets for these games usually cost around $16.

As with any other sport, ticket packages are another way for fans to experience softball as spectators. Many colleges and other teams offer group ticket packages allowing fans to enter as a larger group, and each ticket costs less than it would if each ticket was purchased individually. The Women’s College World Series offers a unique ticket package that capitalizes on the fan experience for an additional cost. For one individual session, these tickets allow fans to enjoy tailgating and beverages, a VIP lounge, and daily giveaways. The costs for these experiences increase further along in the tournament. For an early-round game, tickets cost $174 each, but the price increases to $233 in the championship round.

Pages Related to How Much Do Softball Tickets Cost?