How Does Scoring Work In Softball? 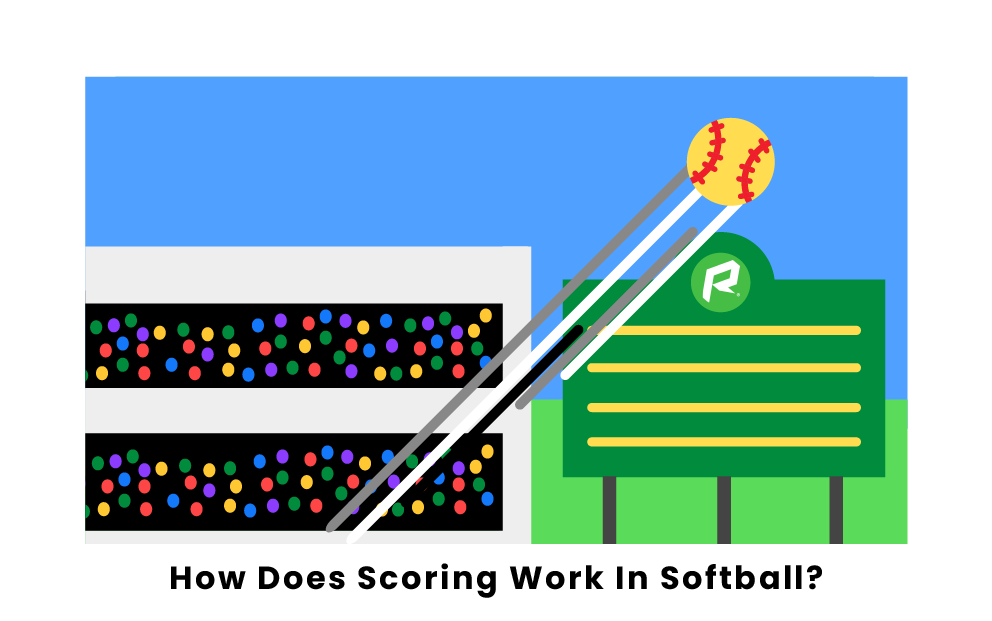 To score a run in softball, a player on the batting team must safely advance around all four bases. The bases are numbered in corresponding order as follows: first base, second base, and third base. The last base is called home plate. The bases form a diamond shape, and the softball field is commonly referred to as the diamond. A player starts their journey around the basepath batting at home plate.

What is a run in softball?

There are three distinct steps in the scoring system of softball:

First, a player on the offensive team needs to either get a hit or manage to reach base safely on a walk, error, fielder’s choice, or being hit by the pitch. Getting a successful hit is the most common way to have the batter reach the base safely. After hitting the ball into play, the batter must run to first base before the fielding team can get the ball to the first baseman for an out. 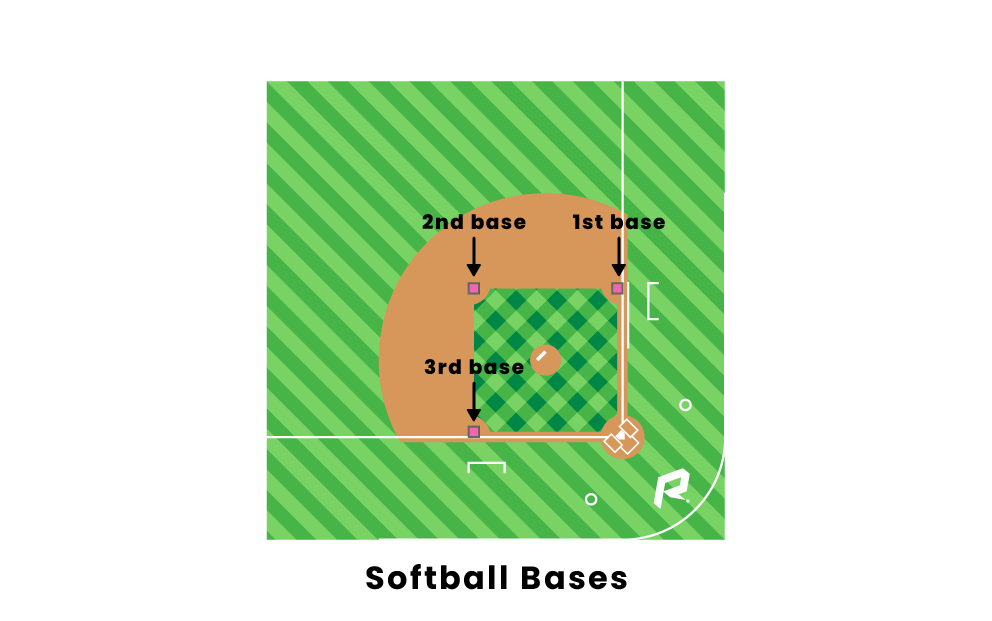 Once a player reaches first base safely, they are then considered to be a base runner. It becomes the team’s goal to advance that runner to the next base, and eventually to home plate. When on the basepath, the base runner can advance to the next base when the batter puts the ball in play. In addition, the base runner can also advance bases by stealing, or when there is a walk or balk. While a player is running between bases, the defensive team has the ability to tag them out. Getting tagged out results in both the base runner being removed from the basepath and an out recorded for the offense. If the base runner rounds all four bases without being tagged out, then the offensive team scores one run.

When a runner crosses home plate in softball without being tagged, they have scored a run for their team. The runner must touch home plate for the run to count. There are many close plays that happen at home plate, and there are a few rules regarding contact between the baserunner and the catcher. In NCAA Softball, the catcher is not allowed to block home plate unless they are in possession of the ball and attempting to make a tag. If the catcher is not in possession of the ball and blocks home plate, the runner will be ruled safe and have scored a run.

When the offensive team gets a hit, it makes it easier for the base runner to advance bases. Multiple hits in a single inning usually result in a player crossing home plate safely and earning a run for their team. However, the most efficient way to score runs in softball is by the home run. A home run occurs when the batter hits the ball in fair play over the outfield wall. A home run enables all current base runners, including the batter, to freely round the bases and score a run for their team. If a batter hits the ball and subsequently a base runner scores, that is considered a run batted in (RBI) for the batter.

Is it easier to hit a softball than a baseball?

It is a common misconception that hitting a softball is easier than hitting a baseball. Hitting a softball is just as difficult as a baseball because the pitcher is only 43 feet away from home plate compared to 60 feet for baseball. In softball, a batter’s reaction time has to be quicker. In addition, softballs have different movements than baseballs. A common pitch in softball, the riseball, rises up on a hitter. In baseball, all pitches have a sinking action. The rising pitch is quite difficult for a batter to make contact with.

What causes an error in softball?

Errors occur when the fielder messes up a routine play, and as a result, the batter reaches base safely. The official scorer decides whether the play is an error or a hit. Commonly, errors are easy to spot. If a player drops a pop-up or bobbles a ground ball, then the play will be scored as an error. However, errors can be difficult to decide when a player drops or bobbles the ball while diving to make a play.

What is the difference between Fastpitch and Slowpitch Softball?

Fastpitch is the version of softball played competitively at the collegiate and Olympic level. In fastpitch, the pitcher utilizes a full windmill motion, and there are nine players on the field. Slowpitch is a less intense version of softball commonly played recreationally. In slowpitch, there are ten players on the field. Also, the pitcher must throw the ball with a certain amount of arc and can only use a half-windmill motion.

How is a winning pitcher determined in softball?

Pages Related to How Does Scoring Work In Softball?