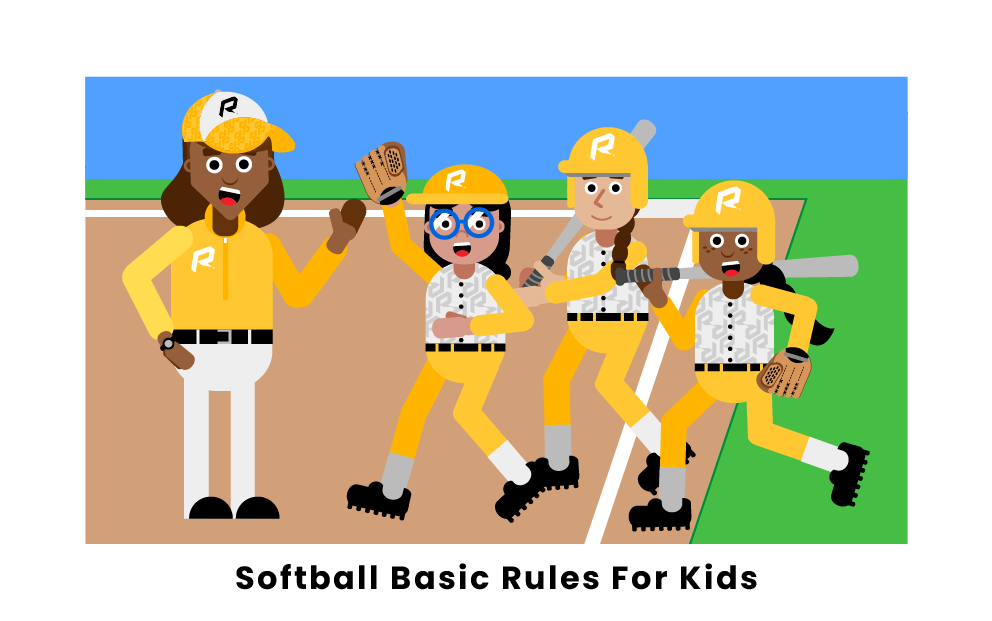 Each softball team is allowed to have nine players on the field.

A softball game is made up of seven innings, but it can end in five.

An inning is when the batting team has 3 outs to try and score runs.

An out is when a player gets three strikes or the ball they hit is caught by the opponent.

Your team earns a run when a player runs around all of the bases without getting called out.

To win a softball game you have to have more runs than the other team.

If your team is ahead by eight runs or more after the fifth inning, the game ends.

A softball is a yellow/green color with red stitches and is bigger than a regular baseball.

In softball, teams use metal bats to hit the ball.

A home run is when you hit the ball over the fence and out of the field of play.

There is one plate umpire and three base umpires.

The plate umpire decides whether a pitch is a strike or a ball, and the base umpires call players out on each base.