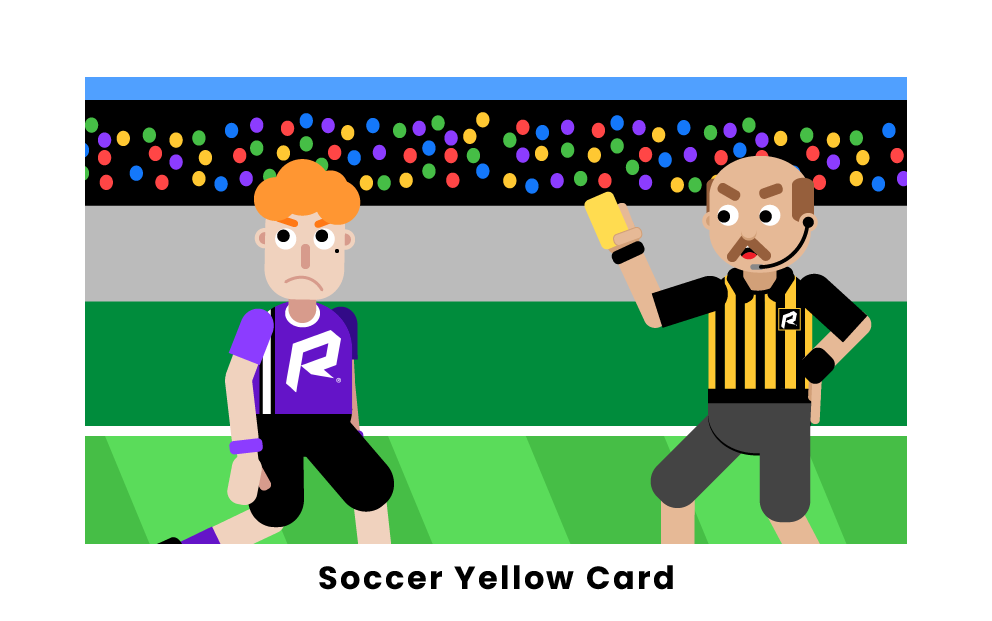 What is a yellow card in soccer?

A physical card that is yellow given to a player by an official for committing a minor violation or caution during a game. two of these cards result in a red card, which is much more severe.

So what happens when a referee blows his whistle to signal that a foul has been committed? A yellow card might be given.

A yellow card is literally a physical yellow card carried by the head official. After the whistle is blown, the official shows the card to the player as a caution over reckless behavior. The card signifies that the player is officially cautioned against aggressive behavior, and that a second caution shown in that game will result in a red card.

The head official carries a small notebook to keep track of these cautions. While the laws of soccer offer certain types of behavior worthy of a yellow card, there is no set behavior guaranteed a yellow card as it is up to the head official's discretion when to issue a card. Generally, a yellow is shown to a player exhibiting extreme unsportsmanlike behavior or committing an overly aggressive foul.

Yellow cards can also be handed out as a result of accumulation of small fouls committed after a verbal warning from the referee.