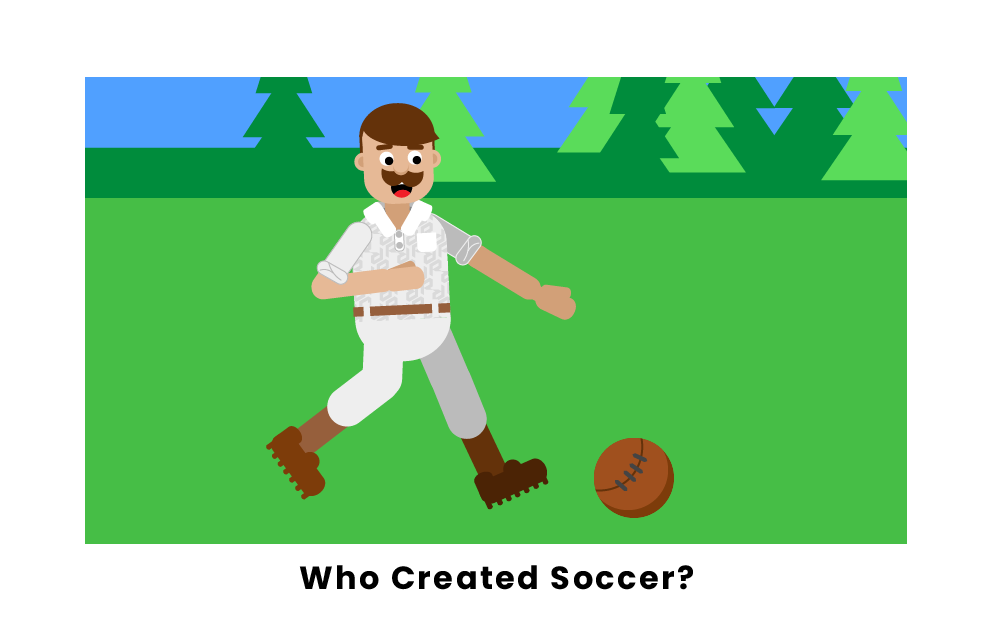 Who created soccer? The answer to that will never be certain as many people contributed to the creation of the sport. In this article, we will dissect the different derivations of soccer and put a name to those responsible for creating the sport we know and love today.

As there is no set person who invented soccer, historians have been able to set the time and place of its potential origin from different periods of time. Soccer was referred to as the game of Kemari in Japan as far back as 600 A.D, Pahsaherman to the Native Americans, Marn Brook to the Indigenous Australians, and Cuju (which loosely translates to “kicking the ball”) to the Chinese during the Han Dynasty. The earliest setting in which different historic variations of the game of soccer can be traced back almost 5,000 years ago.

Ebenezer Cobb Morley, widely recognized as the founding father of the Football Association, was born on August 16, 1831. Growing up, Morley was regarded as an all-around sportsman and, with his passion for the sport of “football” (another name for the game of soccer, stemming from its European origin), felt a need to add regulation to the sport (i.e., rules, leagues, foundations, etc.). With all of this in mind, Morley invented the Football Association (FA) and instituted his own 13 original laws of the FA. With his hand in creating the rules, there was now an organization in the world of soccer (football), mostly due to Morley’s contribution.

When was soccer first invented?

Soccer, as we know it today, was first invented in 1863, but its roots go back far longer. Ball-kicking sports, for example, seem to have existed since ancient times, such as Second and Third Century China. The modern form of soccer was created by Ebenezer Cobb Morley, who founded the Football Association and wrote the first 13 laws of soccer in 1863. This represented the first official “invention” of soccer as a sport.

When was FIFA created?

The Federation Internationale de Football Association (FIFA) was first created on May 21, 1904. Seven nations participated in the founding of the organization: Belgium, Denmark, France, Netherlands, Spain, Sweden and Switzerland. Since then, FIFA has expanded to include 209 member nations, with televised soccer broadcasts in more than 200 countries. The FIFA World Cup, the largest soccer tournament in the world, is watched by millions, if not billions of people every four years.

Pages Related to Who Created Soccer?