Who are Liverpool's Biggest Rivals? 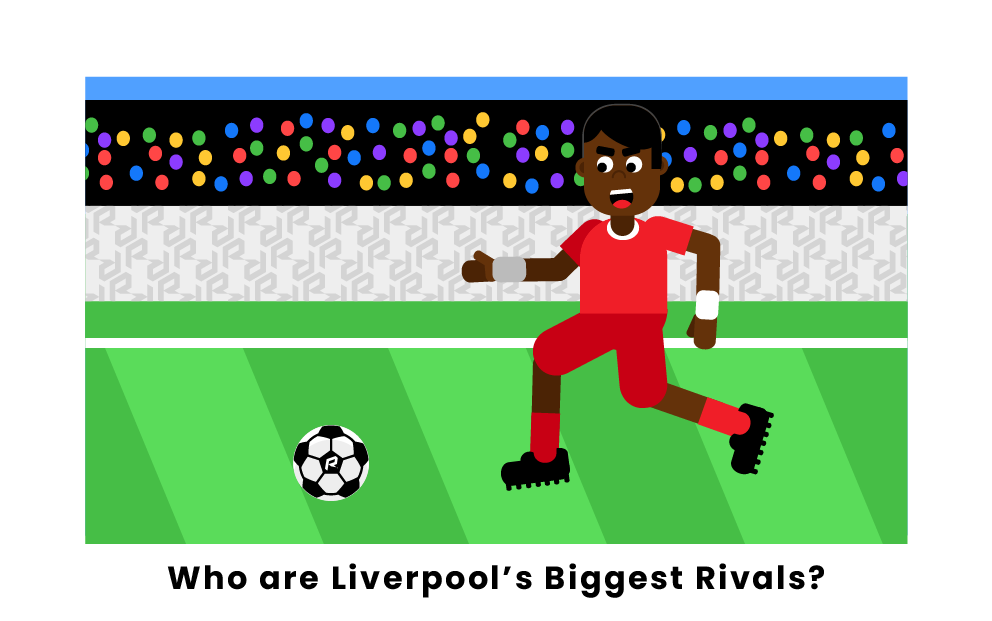 Liverpool's biggest rivals are Manchester United, Everton, and Chelsea. Liverpool is one of English soccer's oldest teams, and over the years they have accumulated a number of rivalries. Their biggest beef lies with regional foe Manchester United, with Premier League mates Everton, Chelsea, Tottenham Hotspur, Manchester City, and Arsenal, among others, holding grudges. Internationally, Real Madrid and AC Milan also have axes to grind with Liverpool. That being said, Liverpool has a few rivals that stand out amongst the crowd.

The rivalry between Liverpool and Manchester United is one of the biggest rivalries in professional soccer worldwide and decidedly the single biggest rivalry in all of English soccer. Both clubs have massive international fan bases, with each team boasting over 200 branches of official supporters clubs around the world. Although each team has a separate hometown rival, players, fans, and commentators alike agree that the inter-city rivalry between Liverpool and Manchester United marks the most important matches on either club's schedule. Both teams are based in industrial cities in North West England, and the rivalry between the teams reflects the natural rivalry between the residents of the manufacturing and shipping hubs of Liverpool and Manchester. This rivalry has been going since the teams first faced each other in the early 1900s, but it really heated up in the 1960s and is at its strongest today, with both teams among the most popular and highest-earning in all of soccer.

The rivalry between Liverpool and Everton is one of the most heated and physical rivalries in English soccer, boasting more red cards awarded than any other matchup in Premier League history. Matches between these two teams are widely known as the Merseyside Derby, after the county of Merseyside, in which Liverpool (the home city of both squads) is located. The Merseyside Derby is the longest-running continuous matchup between two top-flight teams, with matches between the teams being held at the highest level since 1962. Another nickname for this matchup is the "Friendly Derby," as many families in Liverpool have fans of both squads among their members, and fans tend to be civil toward each other. The rivalry began in the 1890s when the owner of Everton moved the team out of their home stadium as the result of a dispute over rent. The stadium owner in turn founded a new team called Liverpool to fill the empty stadium, and a fierce rivalry immediately began.

Liverpool's rivalry with Chelsea is relatively young, coinciding with Chelsea's recent rise to prominence. Before the 2002-03 season, Liverpool did not consider Chelsea a threat, as the squad was rarely competitive. Then, Chelsea unexpectedly knocked Liverpool out of contention for a Champions League qualification on the season's final day. Following this successful campaign, Chelsea came under new ownership and significantly increased spending on player salaries, creating a viable threat to top teams for the first time. Since then, the two teams have met several times in postseason matches, with a personal feud between previous managers Rafael Benitez and Jose Mourinho only serving to intensify the rivalry. In 2011, Chelsea famously poached star striker Fernando Torres after six seasons with Liverpool. The rivalry has cooled lately, especially after Mourinho was replaced as Chelsea's manager. However, both squads have remained highly competitive, achieving multiple Premier League and European Champions League cups.

Are Liverpool and Manchester City rivals?

Liverpool's feud with Manchester City is the team's most recently created rivalry, dating back to 2013 when Manchester City unseated Liverpool to win the Premier League title on the final day of the season by two points. Things heated up in 2016 when Pep Guardiola joined Manchester City as manager. Liverpool's manager Jürgen Klopp had previously managed Borussia Dortmund in the Bundesliga, while Guardiola was managing rival team Bayern Munich. The rivalry between the coaches moved to the Premier League and intensified the rivalry between their respective teams.

Who is Liverpool's biggest rival?

Why are Liverpool and Everton rivals?

Liverpool and Everton are rivals because both teams are based in Liverpool, with the stadiums located only 400 meters (437 yards) away from each other. The Liverpool club was founded in the 1890s to fill a vacancy when Everton moved out of their stadium (and right down the street) over a rent dispute. This created a ready-made rivalry, which, because most fans live among each other in the same areas, has remained largely amicable among spectators, earning the matchup the nickname the "Friendly Derby."

Pages Related to Who are Liverpool's Biggest Rivals?