What Is The Best Age To Start Soccer? 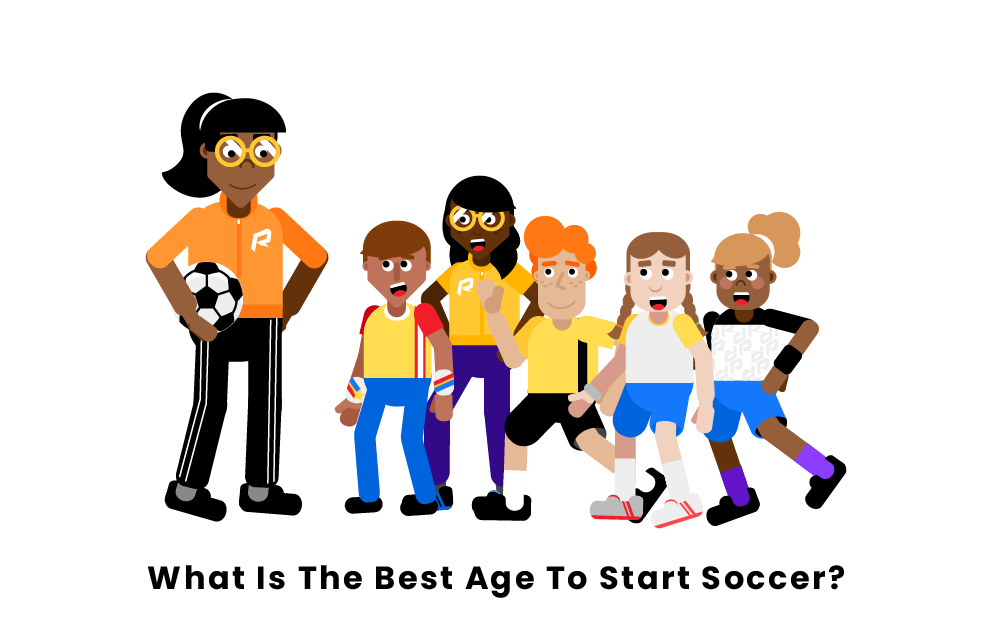 No matter the age a child starts playing, understanding what the goals are is an extremely important task. Some kids may know very early on that they want to dedicate themselves to soccer and strive to play as long as they can, while others may want to play for fun. Whatever end of the spectrum the child is on, the most important thing for parents to know is not to push their child too hard. Putting too much pressure on a child in a sport at a young age can lead to burnout, hurting them both mentally and physically and causing them to lose their love for the game. The right balance between pressure and encouragement is necessary for parents to find.

This age group is a popular age for children to start playing soccer. At this age, structure and actual rules of the game are not as important for players as much as enjoyment and learning to love the game. This time can also be when children develop friendships, and that socializing skill can certainly be learned through sports. At this age, parents should try not to get too involved in their child’s playing (unless they are the coach) and should make sure their child is having as much fun as possible. If they are not enjoying themselves, this is a sign that maybe they should try to find another sport or activity for the child rather than pressure them to enjoy soccer more. The main emphasis at this age should be having fun and making friends.

If your child is not quite ready to begin playing soccer in the 3-5 age range, starting in the 6-11 age range is perfectly fine and normal. In fact, there are some studies out there that say this range is the best for a child to truly learn the game. That being said, at this age, learning the rules of the game and having more structure is much more important than the younger group. While learning the game is important at this age, there should not be too much of an emphasis on winning organized games quite yet. Focusing too much on wins and losses at an early age can cause kids to feel too much pressure and drive kids out of the game. This age group should be all about teaching the game, not so much about winning.

If your child decided in this age range that they want to start playing soccer, whether for their school or recreationally, that is perfectly fine. The important thing that both the parent and child should know is that their skills will likely not be as developed as their teammates and competitors who started playing the game at a younger age. If the child is willing to learn and work at the sport, they certainly can get up to speed and still enjoy themselves. Lastly, depending on where they are playing and how old they are, there may be more of an emphasis on winning than the younger ages. This is why at this age, it is especially key to find the right place to play for your child, where there is less of an emphasis on winning and more on developing skills.

If playing soccer in college is something your child is interested in, it is definitely important that they start playing at a younger age. While they do not necessarily need to start playing in the 3-5 age range, it will certainly be difficult for them to play in college if they have not started by the 6-11 age range. That being said, it is possible if your child is a good enough athlete and has a strong desire to get better. Having a child play for highly competitive and skilled teams that travel to play in high-level tournaments can help them get noticed by college coaches if they stand out. Lastly, making sure your child stays up on their academics is just as important as their soccer skills, as colleges want players who will work hard both on and off the pitch. 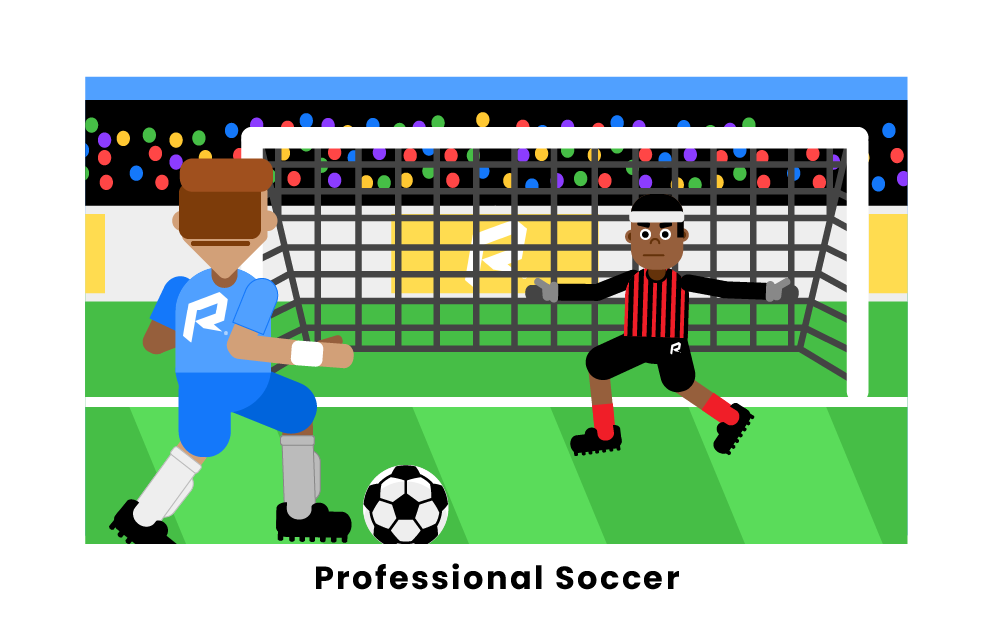 Similar to playing in college, the younger your child starts playing soccer and learning the game, the more likely they are to play professionally. This is especially true in this case, as only the elite soccer players get to play professionally. In fact, only 0.08% of high school soccer players in the United States go on to play professionally. That being said, if a child wants to beat the odds, everything that applies to college players is true to an even greater extent. They have to work hard, love the game, play against the best competition, and stand out amongst the best competition. It is as much about the child’s mental fortitude as their physical ability. Lastly, a good way to get noticed by professional teams is by attending elite soccer camps.

For parents who are concerned about safety, they should know that while it is a contact sport, soccer does not have nearly as much contact as sports such as football, hockey, or lacrosse. That being said, there is some contact in soccer, but it is typically within the natural flow of the game, such as two players going for a ball at the same time. The main piece of safety equipment parents should make sure their kids have before playing a competitive game are shin guards. Shin guards do exactly what their namesake suggests; they protect a player’s shins from getting kicked. If two players are kicking at the ball at the same time and one player accidentally kicks the other, a good pair of shin guards will protect a player from a serious injury more often than not.

How do I get my kid started with soccer?

The best thing to do to get your kid involved in soccer is to find out where and when the local league plays in your area. There are over 10,000 youth leagues across the country associated with the US Youth Soccer Association and plenty more that are not, so there is a good chance there is a place for your child to play near you. Typically, leagues will have postings online where you can sign your child up to play.

How old should my child be to play soccer?

There is no set age that a child has to be in order to play soccer. Children can start playing the game as young as age 3. If your child shows interest in the game and wants to play, they can start playing at whatever age that desire arises. Typically, between the ages of 3-5 is a popular time to start playing, although the 6-11 age range is often the best age to truly learn the game.

Can I teach my child soccer?

If you have basic knowledge of the game of soccer, teaching your child to play should not be a challenging task. If you have the basic rules down, the next step is just teaching them to kick and pass the ball. While it may seem basic, it is an important first step in learning the game. After that, watching games on TV with kids can be a useful next step. Watching the game being played at the highest level can help kids' knowledge of the game develop at a faster pace.

How do I pick a soccer coach for my child?

Oftentimes in youth soccer leagues, players will be placed on a team, so picking a coach is not always an option. If it is, some characteristics to look for are energy, enthusiasm, passion for the game, knowledge of the game, and the ability to act a little silly at times to keep players loose. Studies show coaches with these skills are best able to both teach the game and allow their players to have fun.

Pages Related to What Is The Best Age To Start Soccer?