What Are The Best Seats At A Soccer Match? 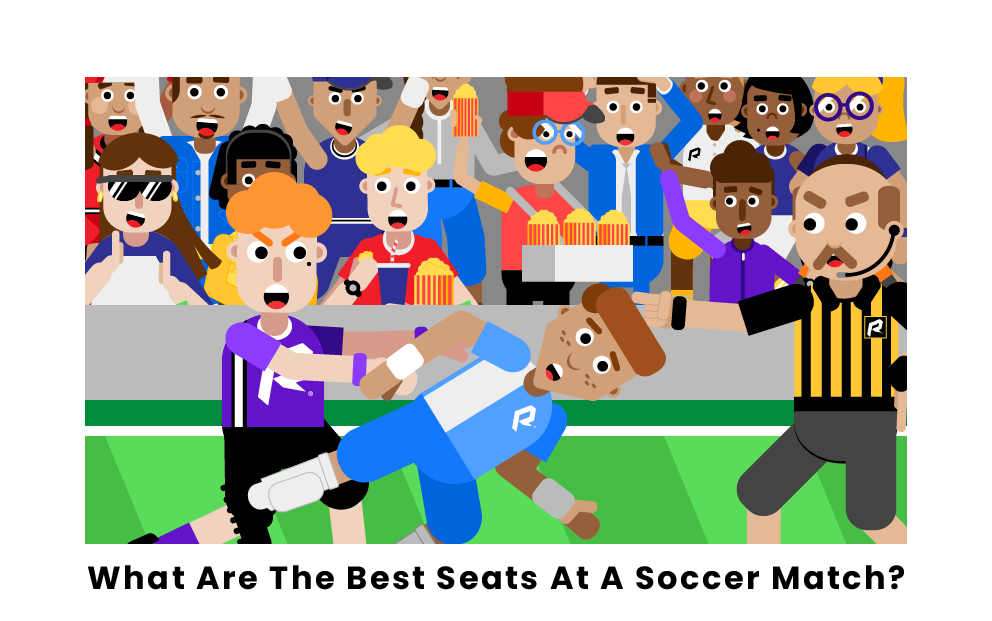 Soccer matches are exciting, high-stake events that require seats where fans can see all the action. Major soccer fans vie for the best seats to catch every moment in hopes their team will win. In choosing a seat to enjoy the game, the best seat can depend on various factors, such as the price, the stadium, and the teams playing. Seats tend to be subjective, specifically what experience the fan is ideally looking for. However, the question remains, what are the best seats at a soccer match? Read more to learn about the different seating sections, where to view your favorite players, and the pricing of good seats.

When selecting tickets, stadiums typically have multiple levels that fans can choose from, specifically upper and lower. If looking to be closer to the field, the lower level is ideal because you have a clear view of the players and action; however, ticket prices in these sections tend to be expensive. On the lower level, three different sections are divided into the sides by each goal and the midfield. Within this level, the best seats recommended to fans are the sidelines and corners of the field, given their value and view. Most superfans purchase season passes that occupy a majority of the lower-level seats; therefore, the sidelines and corners offer a space that is exciting and full of energy. At the end of the game, fans may even have the chance to catch a glimpse of the teams up close and personal.

On the other hand, the upper level of stadiums offer a similar format to the lower levels, yet the distance from the field is further. While the view may be different, these seats offer a well-rounded look of the game at a more affordable price. In the upper level, the most recommended seats include upper-level midfield and upper-level corner. The view from these sections would be ideal for the entire game, where fans can see every bit of action from a unique angle, which may not be available to fans on the lower levels.

If searching for a luxurious experience, clubs and suites are also great places to relax and enjoy soccer matches. These exclusive indoor seats offer numerous amenities, private viewing, and comfortable lounges. Most stadiums list these clubs as an option for fans; however, these seats are very expensive.

While the view may be the primary driver in choosing seats at a soccer match, fans also select sections based on their favorite players. Soccer teams are divided into three sets of defensive, midfield, and offensive players; therefore, fans would choose seats according to where their favorite player would be on the field. If you are hoping to see your favorite player score, the best seat would most likely be by the corners or around the goals. Meanwhile, other players would be best seen in the respective defense and midfield sections.

Many fans often wish to meet or catch a glimpse of their favorite players at games, and sometimes seat selection can increase the chances. For instance, teams take the field before the game for warm-ups, and fans have the opportunity to possibly meet and talk with the players. While there are no guarantees, these lower-level seats can be ideal for fans seeking encounters with their favorite players.

The Price of the Best Seats

When looking for the best seats, a common assumption is that the price attached will be relatively expensive; however, this depends on the different leagues and teams. Soccer is most popular in England, specifically with the Premier League, and other countries throughout Europe. However, Major League Soccer has gained a decent following in recent years.

In the United States, MLS tickets cost around $48 on average, which is a reasonable price for these games. Meanwhile, Premier League tickets can be very expensive due to its notoriety and popularity. As of 2021, the most expensive Premier League tickets were priced at £1,005.00, equivalent to $1,322.43. Additionally, the average price for tickets ranged from £344.76 to £603.78 in the top four divisions, which is equal to approximately $450-$795 in the United States.

Throughout the ticket search process, the best seats will most likely be on the more expensive side; however, the best ticket will come down to individual preference.

Pages Related to What Are The Best Seats At A Soccer Match?