What Are The Rules of High School Soccer? 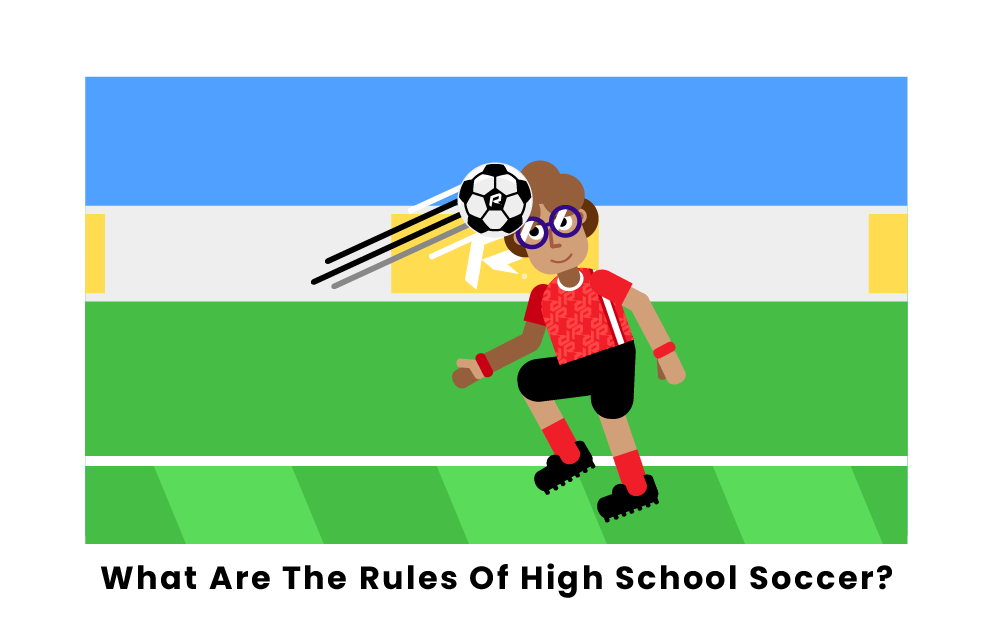 High school soccer in the United States is governed by the National Federation of State High School Associations (NFHS). NFHS follows most of the same rules as the International Football Association Board (IFAB) that FIFA uses and the National Collegiate Athletic Association (NCAA) rules used for college play.

Most of the high school soccer rules are modeled after those from IFAB and the NCAA. Even the numbers used by NFHS to indicate each rule mimic the Laws of the Game based on each subject.

Differences from IFAB and NCAA

The biggest differences surrounding the high school game revolve around a relative lack of resources compared to these higher levels. For example, high school matches do not use Video Assistant Referees and allow minimum sized fields of 100 by 55 yards wide. These differences are highly variable depending on state rules and case-by-case availability.

High school matches use two 40-minute halves or four 20-minute quarters. The referee does not necessarily control the clock; that is usually left to the home team's timekeeper. FIFA uses two 45-minute halves with added time from the head referee.

High school teams are given an unlimited amount of substitutions during a match. This is important for player fitness and squad rotation, but also allows for a more inclusive approach to the game. This differs from the classic FIFA approach of only allowing three subs per game (plus one in extra time).

Pages Related To What Are The Rules of High School Soccer?

What Is The Two Touch Rule In Soccer?The Top 10 Rules Of SoccerSoccer Attacking Half
What Are The Major Fouls In Soccer?Soccer Yellow CardEndline Soccer
PreviousNext