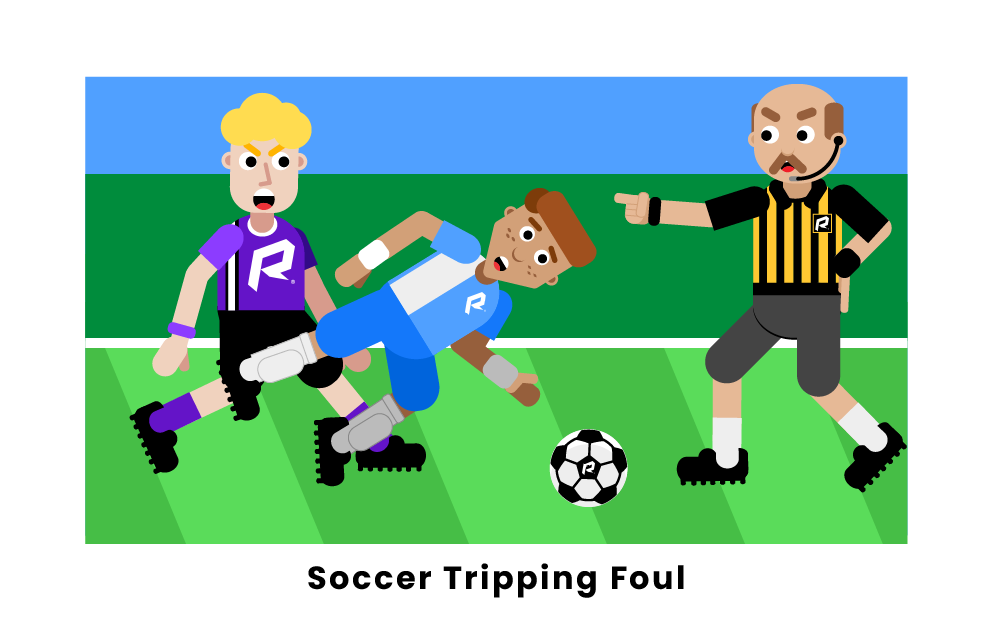 Tripping fouls are relatively common in the game of soccer, as players are frequently using their legs and feet in a defensive effort against the opposing team’s ball carrier. While contact with the ball is certainly allowed, players cannot make contact with an opponent’s legs and cause them to fall.

A tripping foul occurs whenever one player trips their opponent, whether it is intentional or a mistimed play on the ball. More specifically, this action can be defined as extending a player’s leg in front of an opponent to impede their movement, often resulting in the opponent falling to the ground.

In soccer, the result of committing a tripping foul is a direct free kick awarded to the opposing team from the spot of the foul. If the foul occurs within the opponent’s penalty area, it will result in a penalty kick. In certain instances, the referee can issue a yellow or red card to the offender if they believe the foul was committed in a dangerous or unsportsmanlike manner. 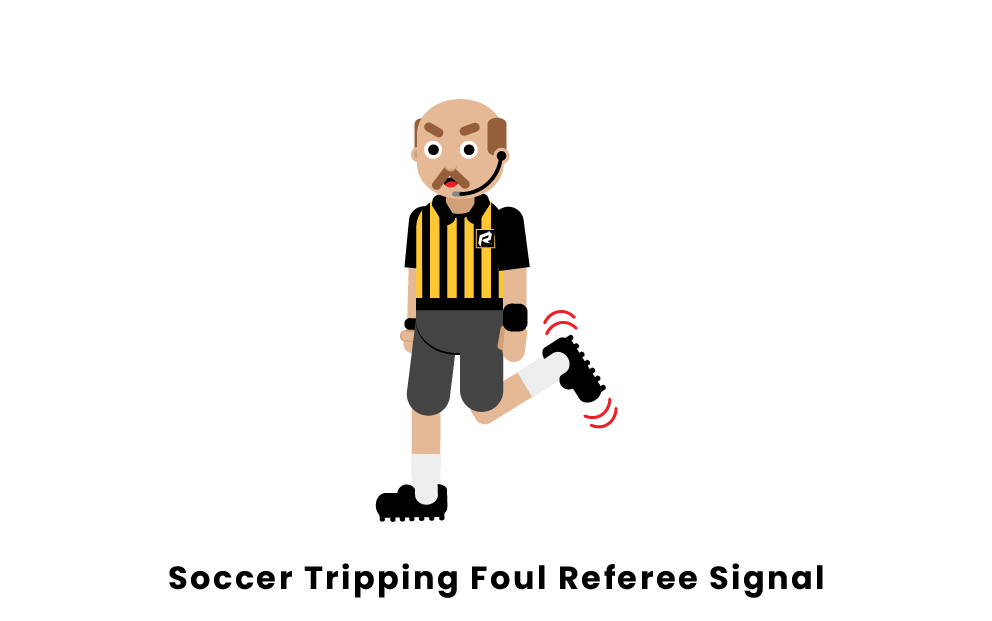 When a tripping foul is called in a soccer match, a referee will blow their whistle to stop play. Following the whistle, the referee will signal the call by lifting one of their legs and pointing at their ankle. In more severe cases following a tripping foul, a referee may raise a yellow or red card in front of the player who committed the foul if they deem their action to be excessively violent or unsportsmanlike.

What is tripping in soccer?

What are the consequences of tripping an opponent in soccer?

The consequence for tripping an opponent in soccer is a direct free kick from the spot of the foul for the team whose player got tripped. However, if the player was tripped in a dangerous, violent, or unsportsmanlike manner, more severe punishments can be called at the referee’s discretion. In these circumstances, a referee can caution the player or even have them sent off for the remainder of the game by issuing a yellow or red card.

Can you receive a yellow or red card for tripping in soccer?

Yes, a player can receive a yellow or red card for tripping an opponent in a soccer match. This type of penalty is reserved for circumstances when the referee deems the tripping foul unsportsmanlike or dangerous to the player who was tripped. An example of this could be an intentional trip from behind on an opponent with a wide-open shot on goal, and the intent of committing the foul was to prevent the goal-scoring opportunity.