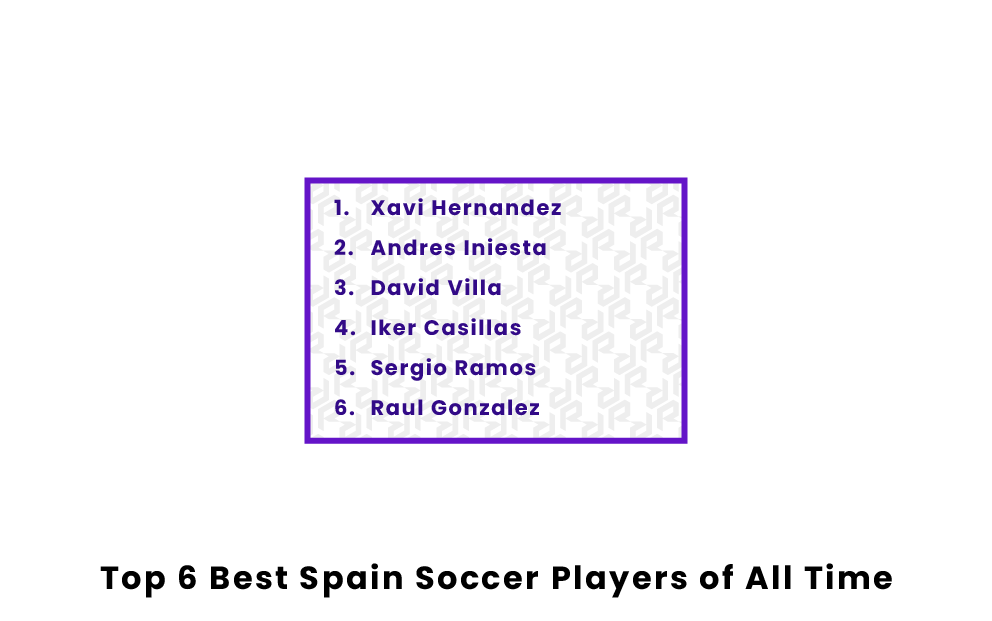 Throughout the history of Spanish soccer, there have been some incredibly talented individuals. While Spain has only been able to manage one World Cup victory (2010) throughout their rich history, their players have still been some of the best in the world. Below, the six best Spanish soccer players are ranked and discussed.

Who are the best Spanish soccer players ever?

One of the best goal-scoring defenders in soccer history, Sergio Ramos comes in at number five on this list. He began his career with Sevilla for two seasons (2003-2005) before moving over to Real Madrid for the majority of his career (2005-2021). For the past few seasons, he has played for French club Paris Saint-Germain (PSG). Overall, Ramos has helped his squads to six league titles (2007, 2008, 2012, 2017, and 2022) and four Champions League victories (2014, 2016-2018). Despite playing defense his whole career, Ramos has managed a remarkable 121 goals and 37 assists between club and country. He also started all seven matches for Spain at the 2010 World Cup and helped the team to five clean sheets in seven matches.

While these ten players did not quite make the top six, they still deserve some recognition as honorable mentions. They are listed below in alphabetical order by last name.

Who is the best men’s soccer player from Spain?

Xavi Hernandez is arguably the all-time best men’s soccer player from Spain. His statistics combined with his general impact on winning teams earns him the number one spot on this list. Throughout his career, he had 78 career goals, 140 career assists, won eight league titles, won four champions league titles, and helped lead Spain to their lone World Cup victory in 2010.

Who is the best goalie from Spain?

One of the best players in Spanish soccer history regardless of position, Iker Casillas certainly takes the title as best goalkeeper ever for Spain. He made over 2,000 saves in his club career and had a remarkable 347 career clean sheets between club and country. Moreover, he came up big when it mattered the most, recording five clean sheets and six wins in seven matches in helping Spain to the World Cup title in 2010.

Who is the best women’s soccer player from Spain?

There have been many incredible Spanish female soccer players over the years, but Alexia Putellas stands out amongst the rest. Overall, between club and country, she has scored 109 goals and registered 40 assists. Additionally, she has won two women’s Ballon d’Or awards since the award was started in 2018, the only woman to do so. The award is given out to the best footballer in the world at the end of each year.