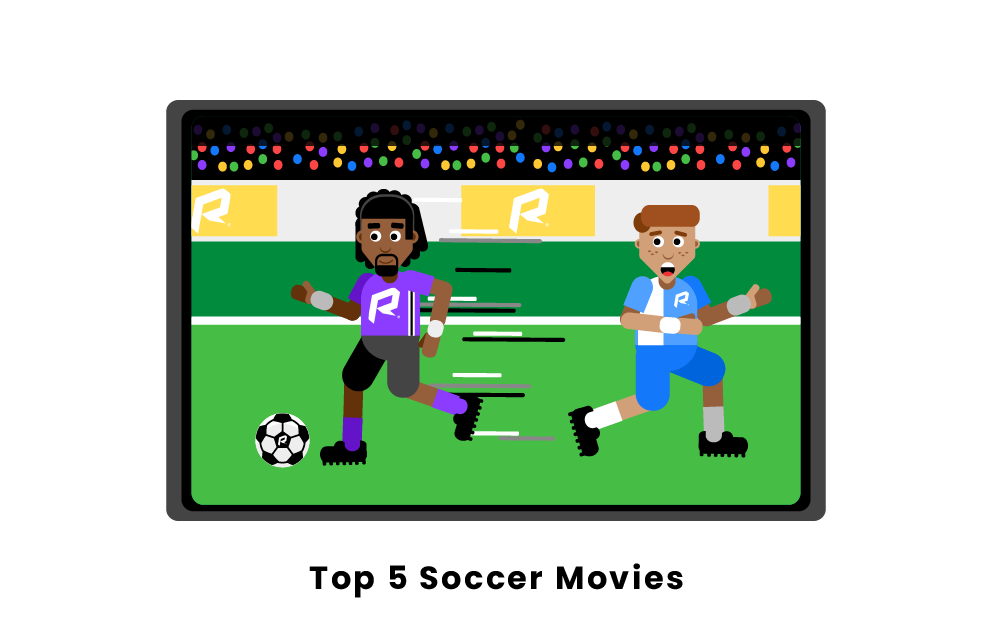 What are the most popular soccer movies?

Diego Maradona is a documentary on the Argentine soccer legend himself. The film was released in 2019 and directed by Asif Kapadia. This documentary details Maradona's successes playing for Napoli and becoming a hero in the city by leading the team to two Series A Titles.

Aside from his success on the field, the film also depicts the hardships and mistakes that Maradona faced off the field. Through his stardom in Italy, he became involved with the mafia in Naples and began exploring drugs and prostituion. Throughout the film, it is clear that Maradona displays two different identities. One as a great player and friend and the other as a lost player consumed by fame.

Escape to Victory (also known as Victory) is a film directed by John Huston and released in 1981. This movie takes place in France during World War II and is centered around a game of soccer played between a group of Nazis and prisoners of war. One of the main characters named Hatch is in the midst of trying to escape the camp and thinks that joining the team is a perfect way out. Before the game, he travels to Paris to meet with the Escape Committee. After returning to the camp, Hatch is placed in isolation and the team must convince the Germans to let him play in the game so that they can carry out their escape plan.

This film earned the Huabiao Film Award for an Outstanding Translated Foreign Film and was also nominated for the Golden Prize at the Moscow International Film Festival.

The Damned United is a film that was released in 2009 and was directed by Tom Hooper. The movie is all about the wild 44 day period that Brian Clough was the coach of English football club Leeds United. It also goes into detail about his troublesome past with Don Revie, the previous manager of the club. This helps to explain his goal to outperform Revie when leading Leeds United. However, after much conflict with the team and a horrible start to the season, Clough is fired after only 44 days as the coach.

Mike Bassett: England Manager is a film directed by Steve Barron and released in 2001. Unlike many other soccer movies, this one aims to evoke a sense of humor in the audience. In the movie, the manager of England's national soccer team suffers from a heart attack so the team must look for a new manager. After many others rejecting the position, Mike Bassett assumes the role of manager for the team and immediately gains the attention of the public. After making some controversial decisions including lineup changes and hiring an inexperienced assistant coach, the team loses games they were expected to win to Poland and Belgium. With all of England turned against him, Bassett still manages to lead the team to qualify for the World Cup tournament and has faith that they can win.

Although this film didn't win any awards, it was a nominee for the Best British Film at the Empire Awards.

We Must Go is a documentary directed by Dave LaMattina and Chad N. Walker that was released in 2014. The film depicts the journey of the Egyptian National Soccer team to the 2014 FIFA World Cup. The team is coached by the former US Men's National Team coach Bob Bradley, who attempts to lead the team to the World Cup for the first time in 24 years. During that time in Egypt, the country is in the midst of an uprising against the Egyptian government and severe political unrest. However, despite the chaos and conflict, people share a love for the team and unite in supporting their efforts to win the Cup.

Although this documentary did not win any formal awards, it received much appreciation for its story and efforts to demonstrate how sports can bring people together, regardless of the political climate of a country.

What is the highest grossing soccer movie of all time?

The highest grossing soccer movie of all time is Kicking and Screaming. Domestically, the movie grossed a total of $52.8 million with an additional $3 million worldwide. Although Kicking and Screaming is considered a soccer movie, it is a comedy that does not focus on the game of soccer itself. In the film, Phil Weston (Will Ferrell) coaches his son's youth soccer team against a rival team coached by Phil's competitive father.

What are some other popular soccer movies?

A few other popular soccer movies include:

Do all popular soccer movies focus on the game?

No! One popular soccer movie that does not focus entirely on the game is the Football Factory. This movie is about the violence that takes place between die hard soccer fans. In particular, it focuses on the life of a Chelsea football hooligan named Tommy Johnson. Throughout the film, Tommy gets into some trouble with the Bushwhackers, who support the rival team of Millwall. After creating bad blood with the rival gang, he must avoid them to prevent being attacked.