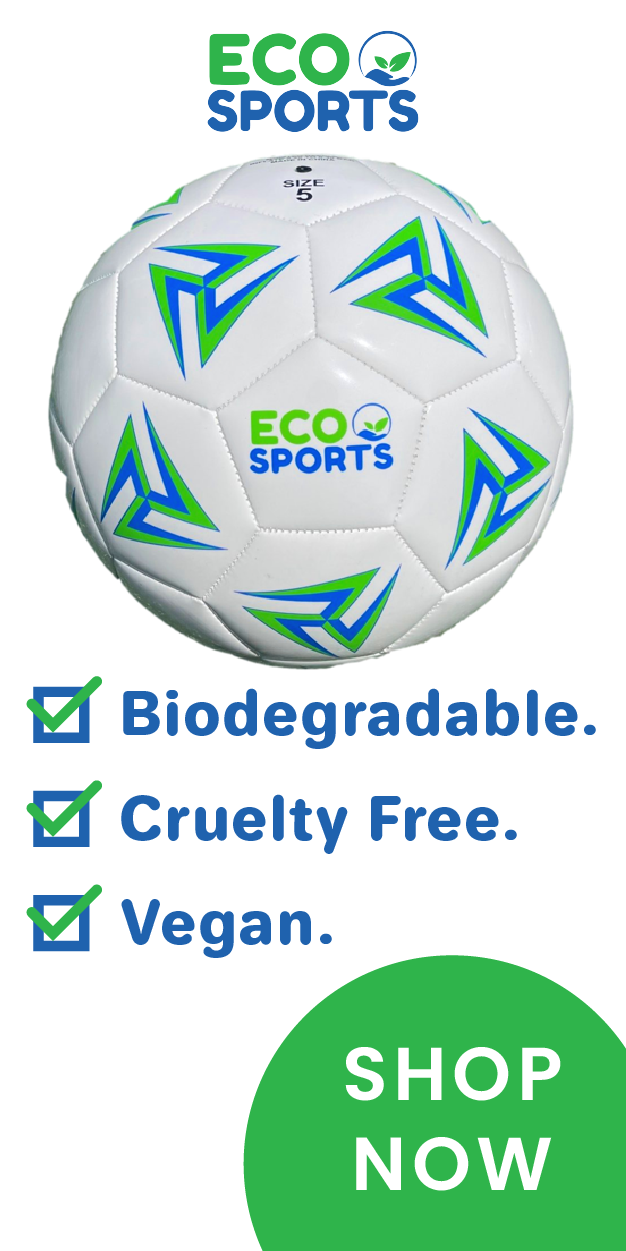 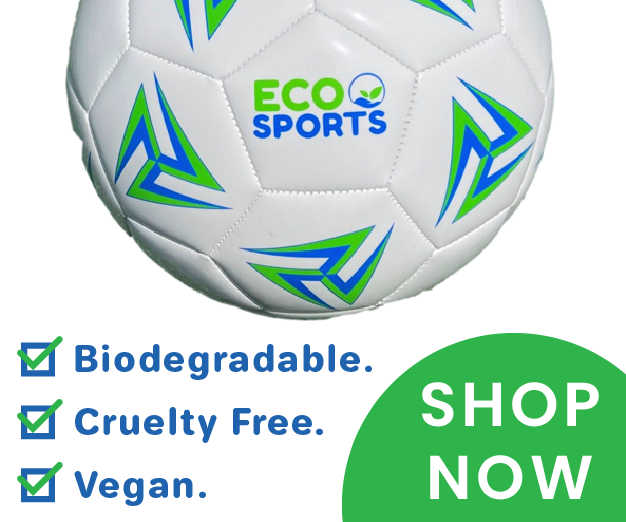 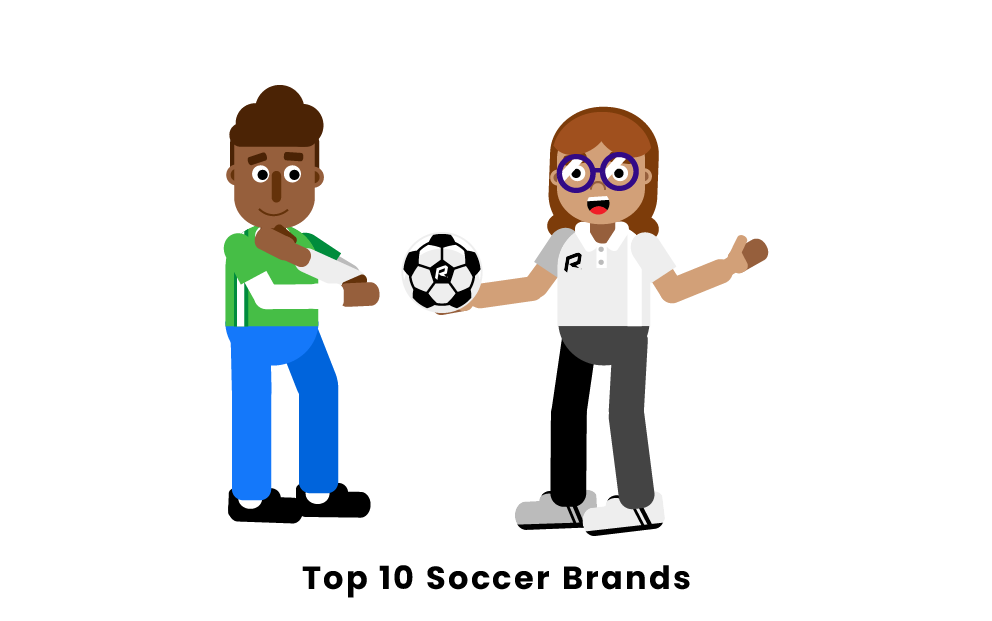 Soccer is one of the most popular sports globally and draws in crowds and devoted fans from every country. The brands below have become fixtures of the soccer community, providing equipment, gear, and apparel to players of all levels. Read on to learn all about them and how they have contributed to the advancement of soccer as a sport!

What are the most popular soccer brands?

Adidas is an international brand that owns a significant stake in many markets. They are an absolute powerhouse in soccer. Adidas sponsors some of the most successful soccer players and teams in the world. Players sponsored by Adidas include Paul Pogba, Jozy Altidoré, and Paulo Dybala. Adidas’s lead sponsorship, however, is undoubtedly that of Lionel Messi. Known as one of the world’s best soccer players, Messi has cleats, clothing lines, and apparel all sponsored or created by Adidas. Popular international teams sponsored by Adidas include Manchester United, Bayern Munich, Juventus, and Real Madrid.

Adidas’ story of success began in Germany in 1924, when it was founded by Adi Dassler, one of the two Dassler brothers, whose brother Rudolf went on to found the Puma brand. Adidas (which gained its name by combining Adi Dassler’s nickname with the first half of his last name) is currently valued at over $64 billion and has been steadily increasing. Adidas produces just about every piece of equipment used in soccer. Along with their equipment, they sell clothing, cleats, and other accessories for soccer.

Debatably the world’s largest sports company, Nike owns a stake in nearly every sport’s market. When it comes to soccer, they are no different. The company sells some of the most popular cleats, soccer balls, and soccer training apparel. Nike sponsors some of the world’s most famous athletes and teams. Among their notable sponsored athletes are Neymar, Cristiano Ronaldo, Wayne Rooney, Kylian Mbappé, Philippe Coutinho, and Kevin De Bruyne. These international superstars all represent Nike by wearing their cleats, apparel, and accessories. Chelsea, Real Madrid, and A.S. Roma are some of the most popular Nike-sponsored teams.

Nike was founded in 1964 in Eugene, Oregon, as Blue Ribbon Sports. As a brand name, Nike was officially born in 1971. Since starting in the small town of Eugene, Nike has become a global power. Nike is a juggernaut in the soccer world and has accumulated some of the best international representatives to continue their success.

Two brothers originally worked together on creating Adidas before a falling-out in which they eventually split. One brother, Adi Dassler, went on to market Adidas. The other, Rudolf Dassler, created Puma in 1948. Since then, Puma has produced a variety of shoes. Soccer cleats and shoes have been their most successful products. The legendary Pelè wore Puma cleats when he led Brazil to a World Cup Championship, and Puma has sponsored Antoine Griezmann, Diego Maradona, Luis Suárez, Sergio Agüero, and many others. Teamwise, Puma’s leading sponsorships are with Manchester City, AC Milan, and Olympique Marseille. Puma’s most popular products are their cleats, but they sell goods in nearly every soccer category. Puma tends to have relatively low prices for quality goods, and its leaping puma logo is easily recognizable.

Under Armour has been a recent entrant into the soccer world. Under Armour was founded in 1996 in Washington D.C. Originally an apparel brand, Kevin Plank created the brand to develop a shirt to promote athletic success. Over the years, they have come a long way, first creating other clothing pieces, then moving towards accessories, and eventually shoes. Then they got into soccer cleats and soccer equipment. Under Armour currently has a handful of cleats out, along with apparel for high-level soccer play. Some notable schools that Under Armour has sponsored include Auburn, Notre Dame, Navy, and UCLA. In professional soccer, Under Armour sponsors Tottenham Hotspur F.C., Cruz Azul, and São Paulo FC. Under Armour is currently still growing as a soccer brand and is looking to grab a bigger stake in the market in the upcoming years.

Diadora is an Italian soccer brand founded in 1948. Diadora is the only Italian footwear and apparel company that still manufactures its products in Italy. Diadora has been an extremely versatile brand, beginning with mountain climbing boots, moving to ski boots, walking shoes, and tennis shoes. Eventually, in the mid-70s, Diadora moved into the soccer realm. They currently have one of the highest market shares in the US soccer market. Currently, they sell cleats, shin guards, jackets, and all other soccer essentials. Diadora was a long-time sponsor of the Italian national soccer team. They do not have a large portion of teams that they sponsor, but have focused on producing high-quality apparel.

Born in 1934, Umbro was founded in Manchester, England. Umbro was the original “Manchester-based soccer brand,” pioneering sportswear and sports tailoring. Now, Umbro focuses on creating new and disruptive soccer apparel, footwear, and equipment, mixing style and performance. As one of the world’s leading soccer brands, Umbro’s iconic double rainbow logo can be recognized across the world.

Umbro has a long list of teams they sponsor, including Everton, Derby County FC, AFC Bournemouth, and Hull City. Players sponsored by the brand include Pepe, Gary Cahill, John Terry, and Kyle Walker. Umbro produces all kinds of soccer equipment and apparel. Jerseys, cleats, shorts, soccer balls, sweatpants, and shirts are among their most popular items. Their easily recognizable cleats are the most popular Umbro item.

Lotto was established in Montebelluna, northern Italy, in 1973. From the beginning, Lotto has been a sports footwear manufacturer. Although they began with tennis shoes, Lotto was quick to come out with models made for many sports, including soccer. They are now one of the world leaders in soccer apparel and equipment. Their focus in soccer is on cleats, but they do sell a variety of team wear, soccer balls, shin guards, and other apparel.

In the 1980s, Lotto began to focus on the soccer industry. They started sponsoring teams and players, spreading the Lotto brand. Joan Capdevila and Luca Toni are two of their most well-known athletes.

Kappa is one of the most easily recognizable logos in the world. Their famous “Omini” logo shows a man and a woman sitting back to back. It represents the equality of men and women, along with their mutual support. Originally, Kappa began as a sock and underwear company. In 1989, Kappa began sponsoring AC Milan, which at the time was the largest soccer team in Europe. This was great for their publicity and exposure. They began sponsoring numerous other teams. FC Barcelona went on to win the European Cup in 1997 while wearing Kappa uniforms.

Kappa was designed to be a sportswear company. Although they once began in socks and underwear, they are now an international brand. In recent years, their tracksuits and new-age apparel have rapidly become popular. They remain one of the most unique brands in soccer, and they currently sponsor Tunisia, AS Monaco, Real Betis, and Deportivo La Coruna.

Self-labeled as “the world’s original sports brand,” Mitre was established in 1817. The name was originally Crook and Sons Ltd., but the name was changed to Mitre in 1949. Prior to 1959, the company produced leatherwear: footballs and rugby balls for clubs worldwide. After 1959, they began selling products in cricket, soft leather and bags, and eventually footwear. Mitre’s famous soccer ball is one of the most commonly used balls around the world. Mitre aims to keep the game of soccer consistent. Although there is much more exposure and glamor in today’s world, they believe the game should remain unchanged.

Mitre sponsors a number of teams and players. The Mitre brand is represented in the English Football League, WPL, Eastern Countries League, and the National Premier Soccer League. A classic brand like Mitre has somehow found a way to stick around for so long and still have a large presence in soccer.

This Japanese athletic manufacturer was created in 1906. Their first launches were all in the baseball category: uniforms, gloves, and shoes. By the 1930s, they had become diversified in many sports. Their first soccer cleats were released in 1980. Mizuno remains a diverse brand with no clear specialty.

They have begun getting popular in soccer though as a result of their cleats. This remains their most notable soccer item. Mizuno is known for making its cleats light but with very high-quality materials. They are known to be durable and have remained one of the most well-respected soccer cleat brands over the years. Well-known soccer players that have sported Mizuno cleats include Sergio Ramos, Lazar Marković, and Rivaldo.

Known for their affordable yet excellent balls and cleats, Nivia is an Indian soccer brand that has been headed by the same family for four generations. The brand was founded as the trading company Freewill & Co in 1934, which specialized in sporting goods. Nivia got its start in the 1960s when it started selling soccer balls and a revolutionary plastic-soled soccer shoe called the Low Cut. Nivia was the first Indian brand to have its soccer balls approved by FIFA. Today, Nivia is one of the largest sporting goods companies in India, also selling gear for volleyball, cricket, and basketball. Nivia sponsors Brazilian soccer star Gomes de Moura.

The official supplier of goals to the US Soccer Foundation, Kwik Goal was founded in 1981 as a supplier of portable soccer goals. Prior to Kwik Goal, all goals were heavy and stationary. Founders Andy and Vincent Caruso dreamed of a portable goal that any coach could easily move by themselves. Their prototype was wildly popular, and now Kwik Goal is one of the largest suppliers of soccer goals in the world. They now also produce a variety of related field and training equipment for soccer.

Kipsta is the team sports branch of the French sporting goods brand, Decathlon. Kipsta was started in 1998, with the brand’s name formed by combining the French words for “team” and “stadium.” In addition to soccer gear, Kipsta also sells equipment for rugby, cricket, volleyball, and basketball. Kipsta is known for producing high-quality gear for reasonable prices with options for all ages, levels, and surfaces. Kipsta’s durable F500 ball is a favorite with soccer players around the world. Since 2022, Kipsta has been the official ball supplier of the French Ligue de Football Professionnel (LFP).

What are the most popular soccer shoes and cleats?

Which soccer brand is used at the FIFA World Cup?

The official sponsored soccer brand of the FIFA World Cup is Adidas. Adidas has partnered with FIFA to provide the official soccer balls used at the World Cup since 1970. Among the many famous soccer balls Adidas has supplied to FIFA for the tournament are the Tango ball of 1982, the Azteca ball of 1986, and the Questra ball of 1994. For the 2022 World Cup in Qatar, Adidas will be supplying the Al Rihla ball, which makes use of an innovation called “Speedshell,” which is a new feature designed to increase flight speed and rotation.

Which soccer brand has the most sponsorships?