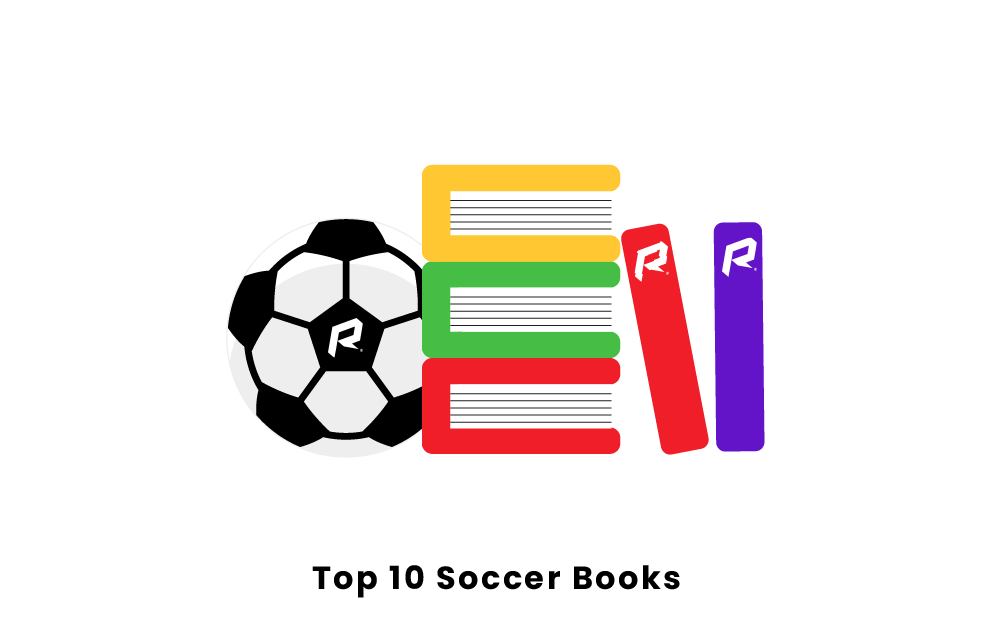 What are the most popular soccer books?

Inverting the Pyramid is written by Jonathan Wilson and was published in 2008. For anyone wishing to learn more about soccer tactics, this book covers all the basics. He explores the evolution of soccer tactics and different strategies from both a player’s and a coach’s point of view.

Wilson delves into the different styles and tactics of soccer that are played around the world. He depicts both how different South American countries added their individual flair to the game and how European teams built certain techniques into their team structure. Inverting the Pyramid has become a staple, not only for fans but for players and coaches alike.

Soccernomics is written by Stefan Szymanski and Simon Kuper and was originally published in 2009. The authors apply analytical and economical tools to help answer common soccer questions. This approach to soccer analysis uses data and numbers to help conclude unexpected answers to the sport.

Essentially, Szymanksi and Kuper turned common ideas that were based merely on observations or gut instincts and added more scientific thought to it. Questions they answer include: “Why do Brazil and Germany win,” “Penalties- What are they good for,” and “Why does England lose.” A newer edition of the book came out in 2018 as a special World Cup edition.

A Life Too Short: The Tragedy of Robert Enke is written by Ronald Reng and published in 2010. Ronald Reng was close friends with Germany’s national goalkeeper, Robert Enke. Enke had played for multiple European clubs and was rumored to be a top choice for the World Cup in 2010. In this book, Reng chronicles his friend’s life story, from an insider’s point of view. Reng especially focuses on Enke’s mental health issues and their long friendship. Robert Reng brings light to these topics and opens up the conversation about mental health, which is not very common in the world of soccer.

In the memoir, Ferguson also dishes out selective topics that fans have been curious about, one of which included his dispute with Roy Keane. Overall, Alex Ferguson chronicles his time as manager of Manchester United for over 26 years.

Fever Pitch is written by Nick Hornby and was published in 1992. It is an autobiographical book that highlights the life of a soccer fan and how the sport helped shape his life. Growing up, Hornby watched his parent’s marriage fall apart, impacting him as a young child. Soon after, his father took him to an Arsenal game for the first time.

As Hornby reflects on his life, he highlights how soccer was a way to escape from his parents’ problems, his own relationship problems, and overall helps him figure out what to do with his life. Although the novel does not follow conventional chapters, he captures the essence of what it is like to be a lifelong soccer fan.

Brilliant Orange is written by David Winner and was published in 2000. Winner chronicles the rise of Total Football in the Netherlands from three decades ago.

Due to the Netherlands being a small country, they found an innovative way to play soccer. Instead of playing the traditional way, the team Ajax started playing based on position-switching. This way of Dutch football had become legendary, especially for its time in the 1960s, and let the Netherlands climb its way to the top of the soccer charts. David Winner captures the enthusiasm of the new way of playing the game.

7. Futebol: The Brazilian Way of Life

Futebol: The Brazilian Way of Life is written by Alex Bellos and was released in 2002. Brazilians closely identify with soccer and have made it an integral part of their culture. Alex Bellos traveled within Brazil and secured facts, interviews, drawings, maps, and even photographs to capture the importance of the sport.

Futebol encapsulates more than just soccer, also capturing the culture and history of Brazil and how they both correlate to one another. Bellos highlights how soccer symbolizes youth, innovation, skill, and racial harmony in Brazil, thereby mirroring the country itself.

8. Tor! The Story of German Football

Tor! The Story of German Football is written by Uli Hesse and was published in 2003. Hesse follows the history of soccer in Germany and how it battles the stereotypes it's been given. The book challenges stereotypes of German soccer being predictable and brings to light how different individuals shaped the game.

Hesse depicts the relationship German people have with the game, and how despite not having a league until the 1960s, Germany became one of the top nations in the sport. Tor! explores the history of German football, and how it’s entertaining and unpredictable.

The Damned Utd is written by David Peace and was published in 2006. The novel follows the life events of Brian Clough. He was a British football player and manager. He was the manager of the club, Leeds United during 1974 for only 44 days. At the time, Leeds United was rumored to be one of the most corrupt soccer organizations in the world. The book is written from Clough’s point of view and portrays the outspoken manager.

The Ball is Round is written by David Goldblatt and released in 2006. Goldblatt outlines the rise of soccer, and how it began as a folk ritual before becoming one of the most popular sports worldwide. He describes how soccer is much greater than just the game; he tells the story of players, managers, fans, owners, clubs, and national teams.

How Soccer Explains The World: An Unlikely Theory of Globalization

How Soccer Explains the World: An Unlikely Theory of Globalization is a 2004 book written by journalist Franklin Foer. In it, Foer explains the worldwide popularity of soccer and demonstrates links between soccer and a new global economy. Through a tour of several stadiums and their surrounding areas across the globe, Foer argues connections between what happens on the pitch and how different societies economically develop over time.

The Beckham Experiment: How The World’s Most Famous Athlete Tried to Conquer America is a 2010 book by Grant Wahl. Based on Wahl's longtime expertise as a Sports Illustrated writer, the work details David Beckham’s infamous transfer from Real Madrid to the Los Angeles Galaxy in 2007. Through this depiction, he also describes how Beckham’s cross-league move had a massive impact on the rise of Major League Soccer (MLS) in America and started an era of MLS teams paying high salaries to get famous soccer stars from overseas.

The Club: How the English Premier League Became the Wildest, Richest, Most Disruptive Force in Sports