Soccer Tackling from Behind Foul 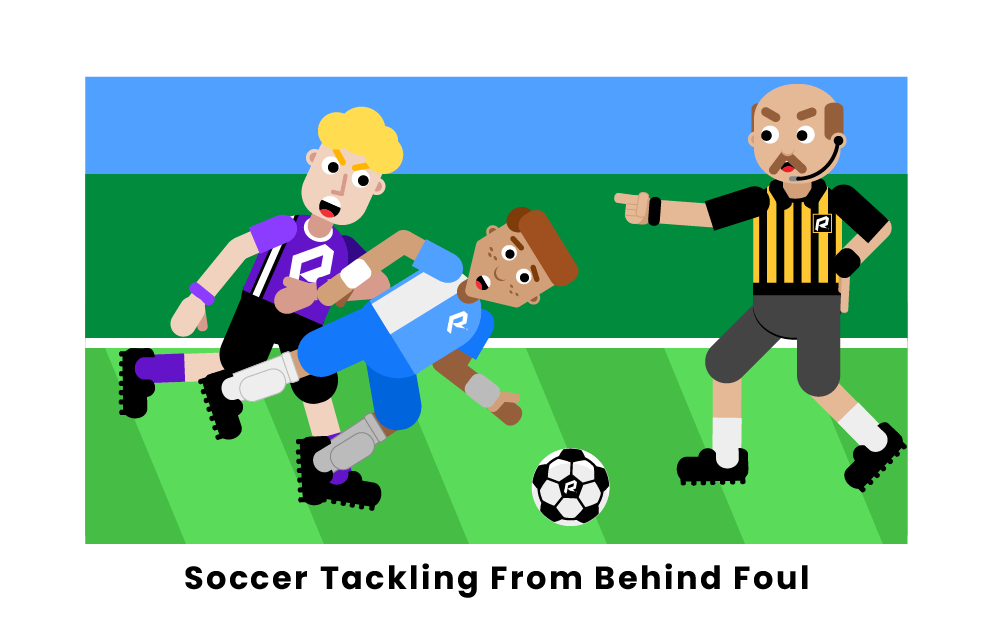 While soccer is a physical game that includes many forms of contact, there are limits to the level of aggressiveness allowed on the pitch. Certain forms of tackling are legal in soccer, such as a properly executed slide tackle, but one that is often deemed illegal is tackling a player from behind. This act is considered to be especially dangerous, and in most cases, warrants a foul to be called on the offending player.

The angle at which players are approaching the tackle makes it challenging to engage legally and without tripping the opponent or executing the play recklessly. In addition, tackles from behind can be very dangerous as the opposing player cannot see the incoming tackle and adjust accordingly. This risk to player safety results in most tackles from behind being called a foul. However, not all tackles from behind are called fouls, as it is possible to slide around the player and make contact with the ball in a controlled manner.

Of course, like all tackling fouls in soccer, whether or not a foul is called depends on the judgment of the referee. Tackling from behind fouls can result in various punishments, most commonly a direct free kick. In many cases, the offending player may receive a yellow or even a red card. These more severe punishments are possible because the tackling from behind foul is considered one of the more offensive fouls in soccer.

Depending on the severity of the foul and the game situation in which it occurred, the referee can choose from a few possible consequences. The most frequent result is a common foul resulting in a direct free kick for the opponent from the spot of the foul. There is also potential for the offending player to receive a yellow or red card, depending on the severity of the tackle, whether it interrupted a promising goal-scoring opportunity, or if the tackle endangered the safety of the opposing player. 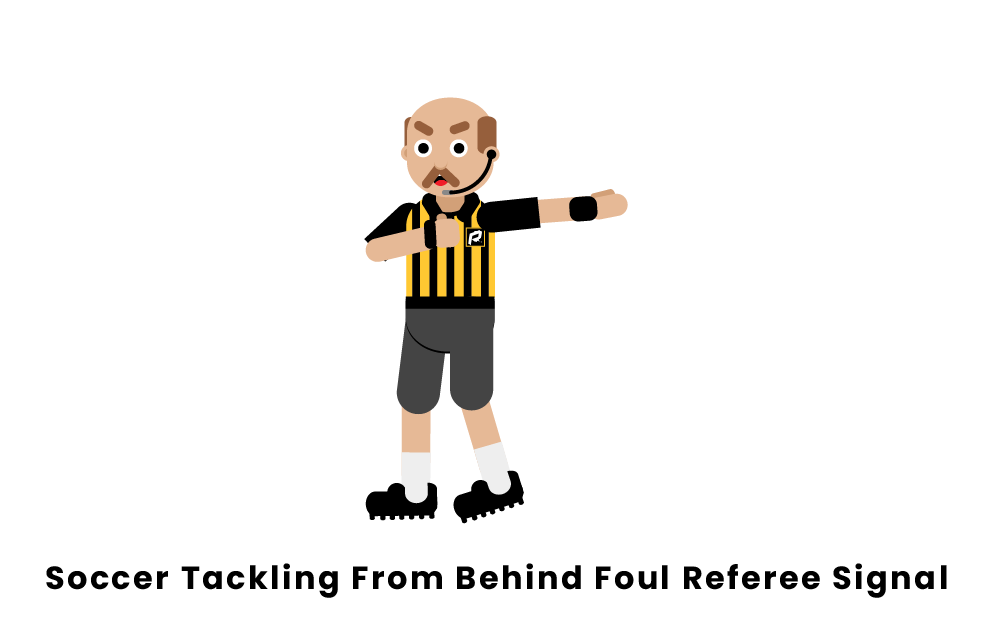 There is no distinct referee signal for a tackle from behind foul. Instead, there are foul signals that the referee will gesture for all fouls alike. The signal itself varies depending on the severity of the foul. For a tackle from behind that the referee believes to be a common foul resulting in a direct free kick, they will blow their whistle and raise their arm diagonally upward in the direction of the offending player's goal. For more severe fouls, the referee will blow their whistle and display a yellow or red card to the offending player.

Similar Fouls to Tackling from Behind

What is tackling an opponent from behind in soccer?

Tackling an opponent from behind in soccer is when a defending player attempts to intercept the ball by sliding into the challenge from behind. It is a very difficult tackle to execute in a legal manner, often resulting in a foul for reckless intent or excessive force.

What are the consequences of tackling an opponent from behind in soccer?

The consequences of tackling an opponent from behind in soccer vary depending on the severity of the tackle and the degree to which the foul was excessive and reckless. Tackling from behind is considered to be one of the more brutal fouls in soccer and will result in a direct free kick for the fouled player. A yellow or red card will be shown to the offending player if the foul was deemed to be careless, reckless, or done with excessive force. However, it is possible to tackle an opponent from behind legally if done properly.

What is a legal tackle in soccer?

A legal tackle is any tackle that the referee judges as not committed recklessly or carelessly and without excessive force. Typically most tackles where the defender makes contact with the ball before the attacker are considered legal. However, this is not always the case. In 2008 this rule was altered so that even if the defender makes contact with the ball first, it can still be considered a foul if it was executed in a reckless manner or with excessive force.

Pages Related to Soccer Tackling from Behind Foul