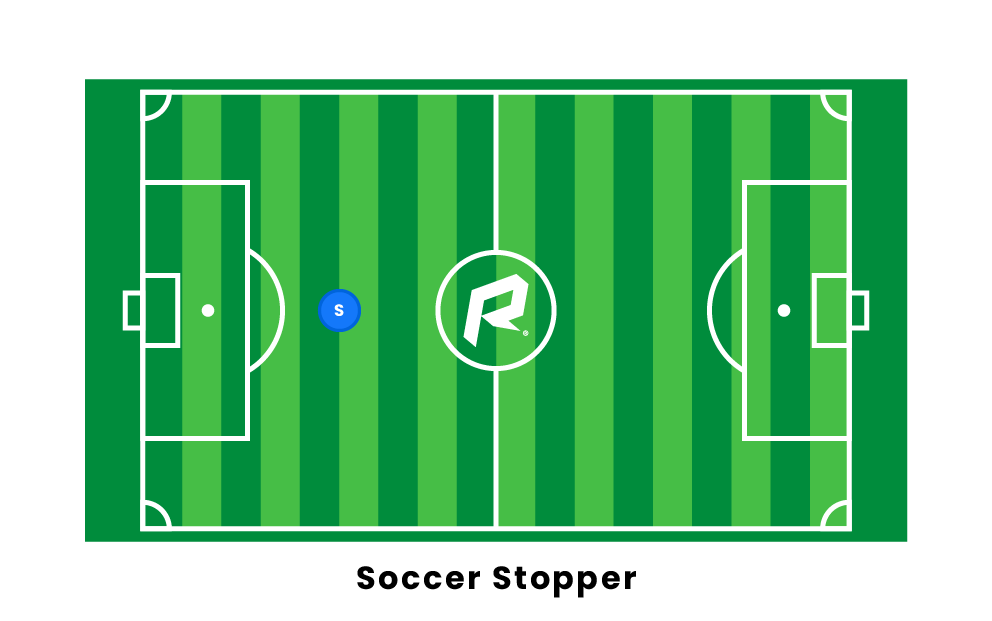 What is a Stopper in Soccer?

“Stopper” is another word for a center back that assists the defense in preventing goals from being scored. They are usually used in youth soccer rather than at the professional level. Stopper can be abbreviated as “S” or “ST,” but these abbreviations are more commonly used for the striker position, so it can sometimes be confusing to use them.

Stoppers are often used in combination with another position in soccer, the sweeper (SW), which is typically a center back that controls the area behind the stopper.

As their name suggests, stoppers are the first defensive player to stop the opposing offense from advancing. The main roles of a stopper are blocking aerial kicks and challenging strikers. They perform the tackling duties of a defensive midfielder and the shot-blocking tasks of a center back, as the stopper is a combination of those two positions. Although blocking and defense are a stopper’s primary concern, they are also expected to maintain pressure on attacking players and generate interceptions and turnovers.

The stopper is a type of leading center back that plays between the fullbacks and the midfielders. They will typically be located between the midfield and the backfield but slightly closer to midfield.

These are some key skills for playing the stopper position:

What does a stopper do in soccer?

A stopper blocks shots and makes tackles, with a primarily defensive focus. They are a specialized defensive back that concentrates on stopping all shots and opponents that come their way. They intimidate opposing forwards and support the rest of the defense, anticipating any attack. Stoppers are often used in combination with a sweeper, a fellow back that converts the stopper’s interceptions and turnovers into offensive possessions.

Stoppers are uncommon in modern professional soccer due to the way that defensive strategies have changed in recent years. While earlier soccer strategies relied upon stoppers to prevent goal attempts, many modern teams defend the field by attempting to regain possession quickly, meaning that the forward positions, such as strikers and midfielders, have taken on an increasingly defensive role. This means that there are more changes of possession in the midfield and thus, less of a need for stoppers.

What is the difference between a stopper and a sweeper?

Stoppers and sweepers are two types of defensive backs in soccer that typically work together in separate but complementary roles. Stoppers are leading center backs that typically match the opposing team’s striker with the intent of stopping his attacks. Meanwhile, sweepers are another type of center back that covers the area behind the stopper, roaming the field in order to support other backs and stop any attacks that get past the stopper.