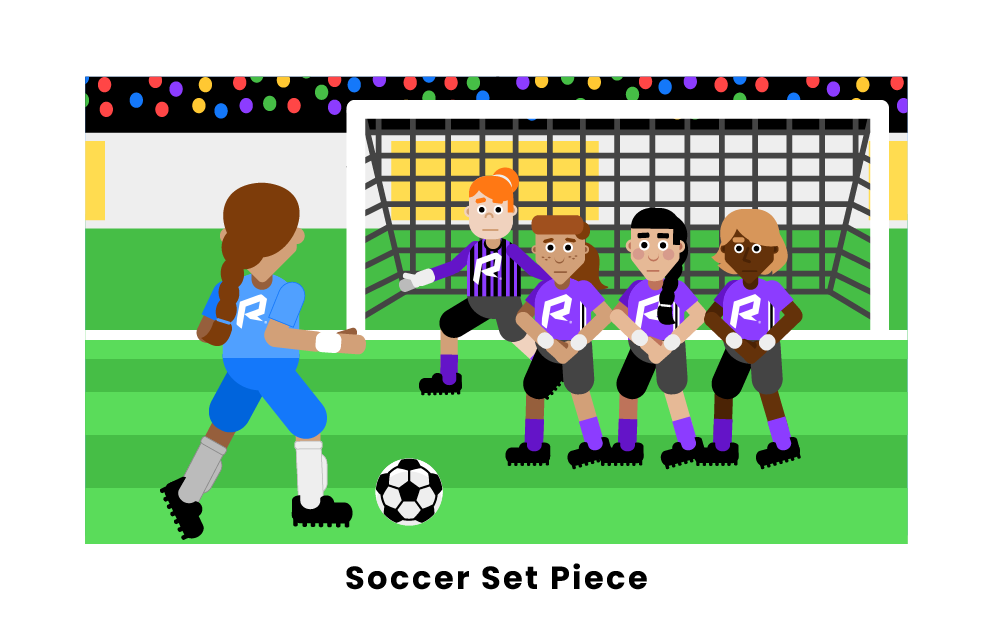 What is a set piece in soccer?

A set piece is a planned positioning of players during a restart of play, such as free kicks and corner kicks. Set piece tactics are often practiced in training before the match so all the players know their specific roles when they are in the game. Set pieces include players establishing positions and making runs into the box. Read on to learn more about set pieces, including when they used and their importance.

When are set pieces used in soccer?

Set pieces are used in soccer when the ball is put back into play. The situations in which a set piece will be used include:

While competition increases across all levels of soccer, set pieces are becoming increasingly important at the professional level. There is never a more direct or simpler method of scoring than during a set piece. Between high stakes and tight play, teams need to take advantage of the opportunities provided by the stop and restart of play. During the 2018 World Cup especially, a significant rise was seen in using set pieces to turn the tides of the game.