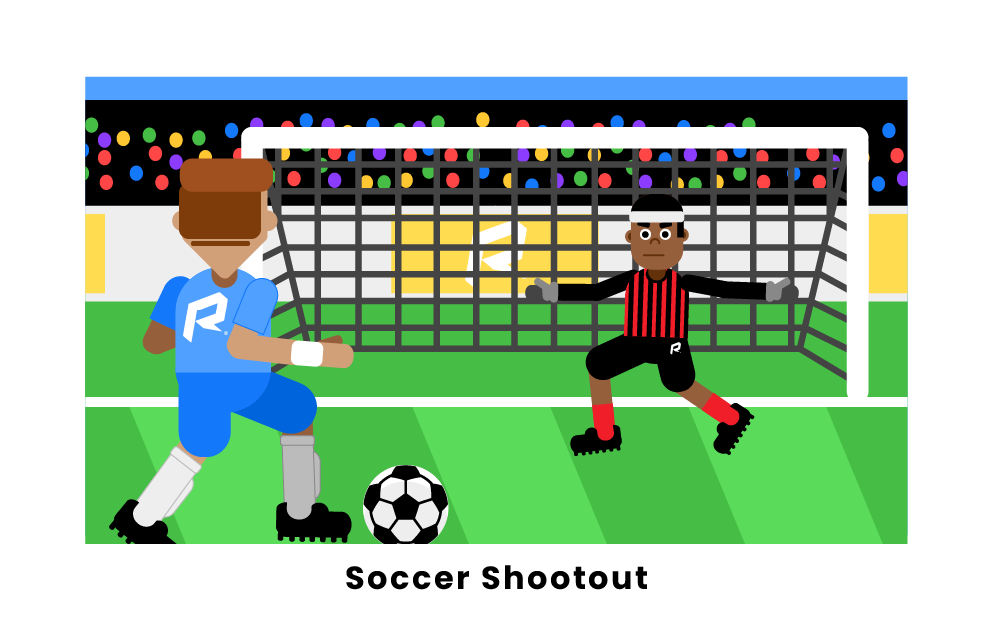 One of the most dramatic moments in many sports, especially soccer, is the penalty shootout. The shootout is used to determine the winner of the games that cannot end in a tie. Used as a last resort tie-breaker, penalty shootouts intensify the game for the players and the crowd.

In this article, we're going to cover the basics of the shootout, when it takes place, and how a winner is decided.

What is a Shootout?

The shootout is used as a tie-breaker in important games and tournaments, such as the World Cup. In addition to the rules that determine when a shootout takes place, there are rules on how the shootout is conducted.

The shootout, also commonly referred to as penalties or a penalty shootout, is the tie-breaker used by several competitions to determine the winner of a soccer match that cannot end in a tie. Normally, regular-season games are permitted to end in a tie. However, championship games or elimination tournament games will require a shootout if the score is tied after regulation and extra time, as one team needs to move on or be crowned the champion.

The referee determines the goal where the shootout will take place with a coin toss. The teams compete in a second coin toss, the winner of which chooses to kick first or second. Only players who were on the pitch at the end of the match are eligible to participate. If necessary, an eligible player may be substituted in for the goalkeeper.

Teams take turns sending players to the penalty mark to kick a penalty shot. Shots take place over five rounds. If victory is mathematically certain before all five rounds have been kicked, the kicks cease, and the match is over. If the score is tied after five rounds, teams continue taking turns making penalty kicks until the score is decisive at the end of a round.

If a kicker commits a rules offense while making a kick, the shot is counted as a miss. If a goalkeeper commits a rules offense, they are warned for the first infraction and receive a yellow card for subsequent offenses. If both the kicker and the goalkeeper commit an offense on the same kick, it is recorded as a miss, and the kicker receives a yellow card.

How is the Winner Determined?

Players from each team take turns shooting from the penalty spot at the opposing team’s goalie. The shootout winner is determined by whoever scores the most goals after five rounds. The lineup of kickers is determined before the start of the shootout. Each player can only shoot one time unless every eligible player has already taken a shot. If the score is still tied after five rounds, the rounds become sudden-death, and a winner is declared if one team scores and their opponents fail to balance the score.

What if the Score Remains Tied After the Shootout? 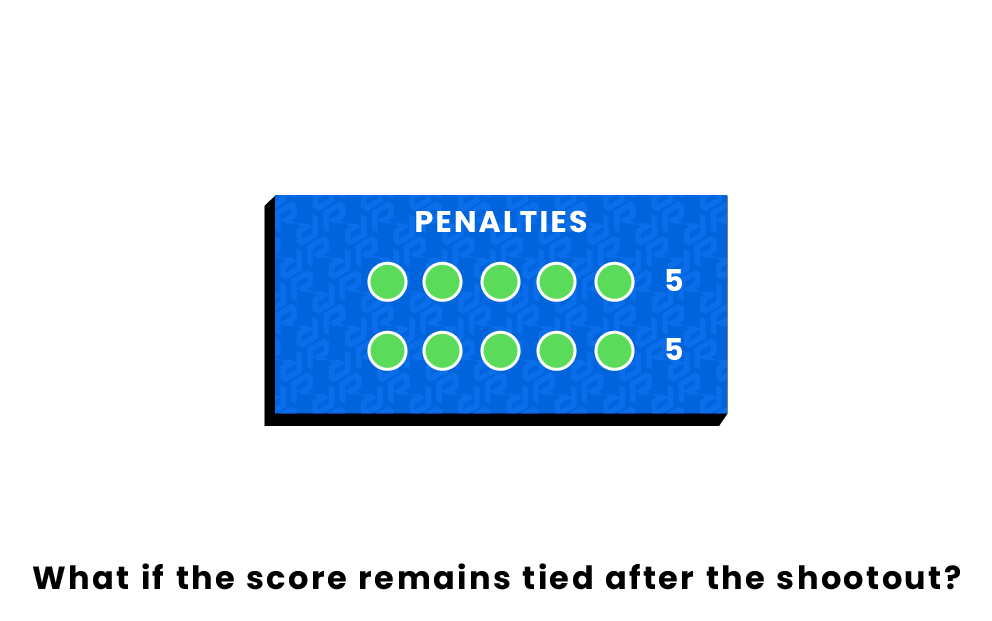 If the two teams are still tied after five shootout rounds, another round of shots is added until a team has more goals at the conclusion of a round. Each additional round must feature a new kicker for each team until every player on each side has taken a kick. There is no limit to the number of penalty kicks in a shootout, so this process can go on for a while in some rare instances.

How Does a Shootout Work?

Here are the steps of a shootout:

Here are all the terms we covered that are related to the soccer shootouts.

What was the longest soccer penalty shootout ever?

The longest shootout in the history of professional soccer took place in a game between KK Palace and F.C. Civics Windhoek during the 2005 Namibian Cup Final. The shootout itself lasted 120 minutes, with a total of 48 kicks taken between the two teams. In the end, KK Palace took the victory with a shootout score of 17-16.

What is the penalty spot in soccer shootouts?

Can goalies take shots during penalty shootouts in soccer?

The goalie can take one of the shots during penalty shootouts. In fact, goalies are actually required to take a shot during penalty shootouts before any player can take their second. This is because each player must take a shot before the cycle of kick takers can return to the start, and goalkeepers are not exempt from this rule. Goalies rarely have to take penalty kicks because teams typically prefer their more skilled field players to take shots first, and most shootouts don’t last long enough for goalies to be required to shoot. However, there have been instances in which goalkeepers have taken penalty shots or even scored.