You might have heard it when you were playing in a soccer match, or you might have heard it being called on TV during a match, offside. The offside rule is the one foul you'll often hear the most about, as calling it requires the officials to measure fractions of inches quickly, often breaking up scoring opportunities with the call. Let's learn about this rule below.

If there are not at least two defenders between the offensive player and the goal, then the player is offsides. The goalkeeper counts as one of the defenders. However, there are no offsides on corner kicks, or throw ins, or goal kicks. Goals scored after an offsides call do not count.

Why is there the offside rule?

The rule of offsides is used in soccer to prevent offensive players from hovering and lingering in the area near their goal. Having a player in this position puts the player in an advantage to score easily, as his teammate can clear the ball down the field without any other defenders being near the goal but the goalie. The concept of offsides is often referred to as "cherry picking" in other sports.

The linesman is the official who determines an offside ruling. You can see them running up and down the field on the sidelines with a flag determining if a play needs to be stopped for offsides.

The linesman will signal an offsides by blowing a whistle and standing at the offside position along the touchline with their flag held out horizontal. This marks where the offside took place.

Defenders can try to put their opponents in an offsides position by moving far up the field, causing the last opposing player to follow him like cat and mouse.

However, players can actively avoid offsides by periodically checking that there are at least two defenders behind him at all times. The tricky part is determining when the ball is played past the offensive player and the defenders. The offensive player can chase after it if he was not offsides when it was played.

What is passive offside in soccer?

Passive offside is when it is in an offside position, but won't be called for the foul because the ball was not passed to them. Players can get back onsides prior to the ball being passed to them to avoid being called for offsides. 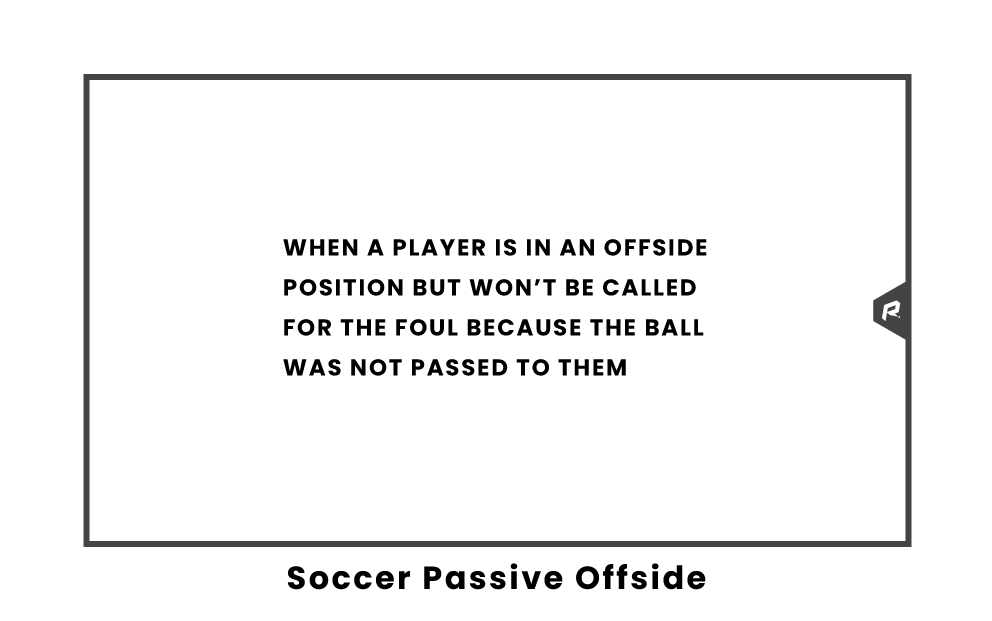 Pages Related to Offsides In Soccer