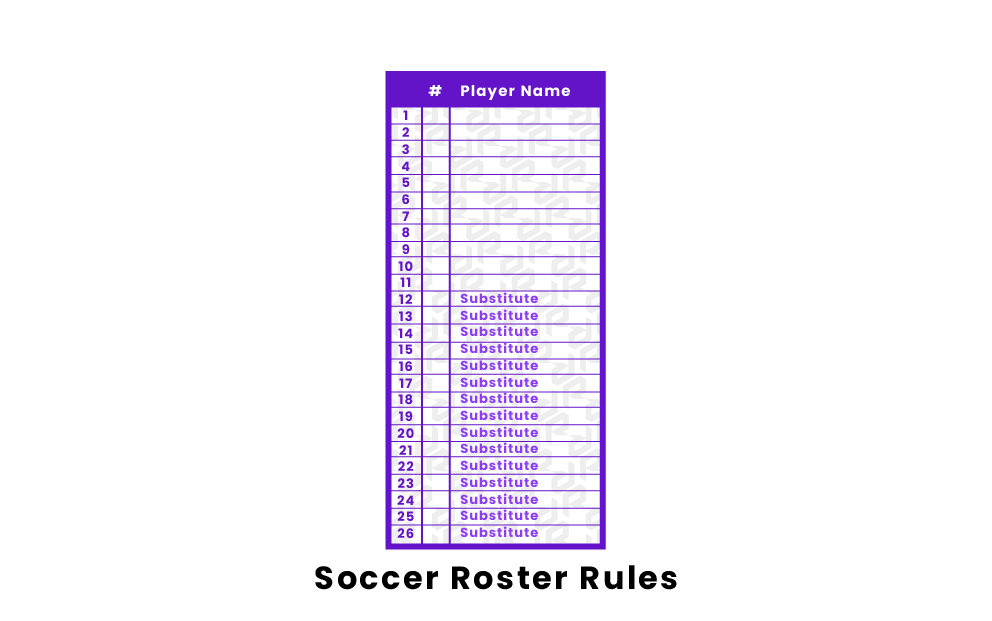 During the FIFA World Cup and other competitions that play under the Laws of the Game, there are certain rules and regulations regarding the team roster. Read on to learn more about the roster rules in soccer.

According to the Laws of the Game, a match is played between two teams of no more than eleven players. Only one of these players on the pitch is permitted to be the goalkeeper. Matches are not allowed to be played if a side has less than seven players available on the pitch.

Each competition carries its own rules on the number of substitutions, but there will always be between three and fifteen substitutes named and a maximum of six substitutions made.

The procedure for how a player must be substituted is as follows:

The goalkeeper may be substituted in any soccer competition. However, the referee must be informed of the substitution before it takes place, and the change needs to be made when there is a stoppage of play, similar to all other types of substitutions. No more than one player may play goalkeeper at the same time.

If a named substitute starts a match instead of a named player and the referee is not informed of this change:

If a player changes places with the goalkeeper without the referee’s permission, the referee:

For any other substitution-related offense, any player involved will be cautioned and play will be restarted with an indirect free kick from the spot that play was stopped.