In a soccer match, when a player is shown a Red Card, they are immediately removed from the match and their team cannot make substitutes for that player, reducing their on the pitch team by one. In scenarios where one team has multiple goalkeepers are shown red cards, or the primary keeper is shown a red card with no backups available, there are two scenarios that can take place.

What is a red card in soccer?

A physical card that is red given to a player by an official for committing a major violation or secondary caution during a game. It results in the expulsion of the player from the match. A less severe card is a yellow card.

If an official displays a red card, it is because a bigger offense was committed. A red card is a physical red card carried by the head official, and shown to a player to signify that they have been removed from the match, and their team must play with one less player in the match.

A red card will be shown after a player has accumulated two yellow cards in a game, or if a player's behavior was so aggressive and/or unsportsmanlike, the head official felt that the player should be removed from the game.

Modern examples that have resulted in straight red cards include head-butting players, ripping an official's notebook, a field player using their hands to save a goal or an aggressive tackle in a clear goal scoring opportunity (meaning that a defender's malicious tackle is the only thing stopping the attacking player from scoring on an open goal). 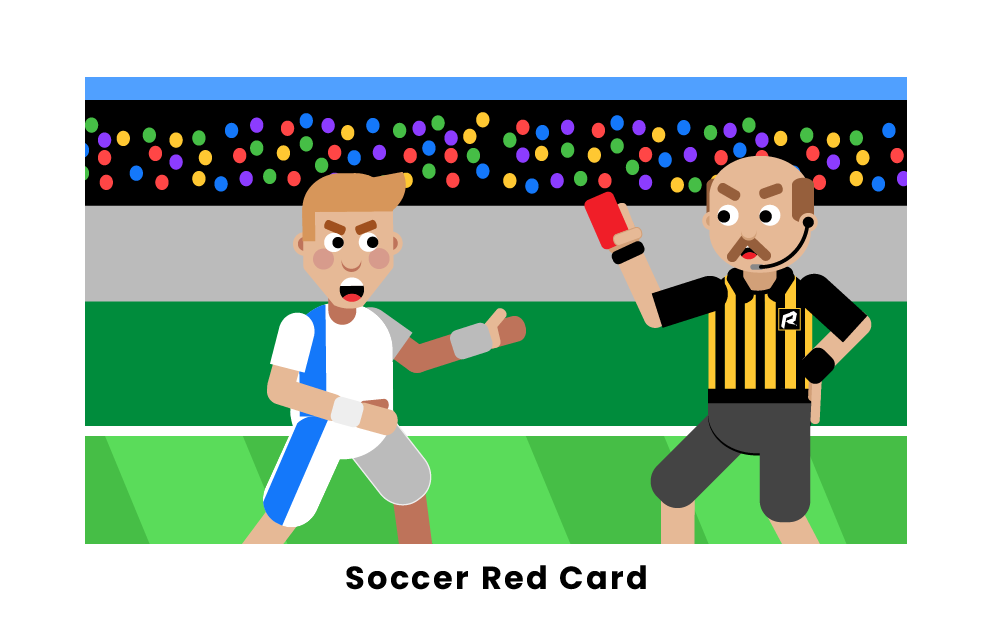 What would happen if all goalies got red cards?