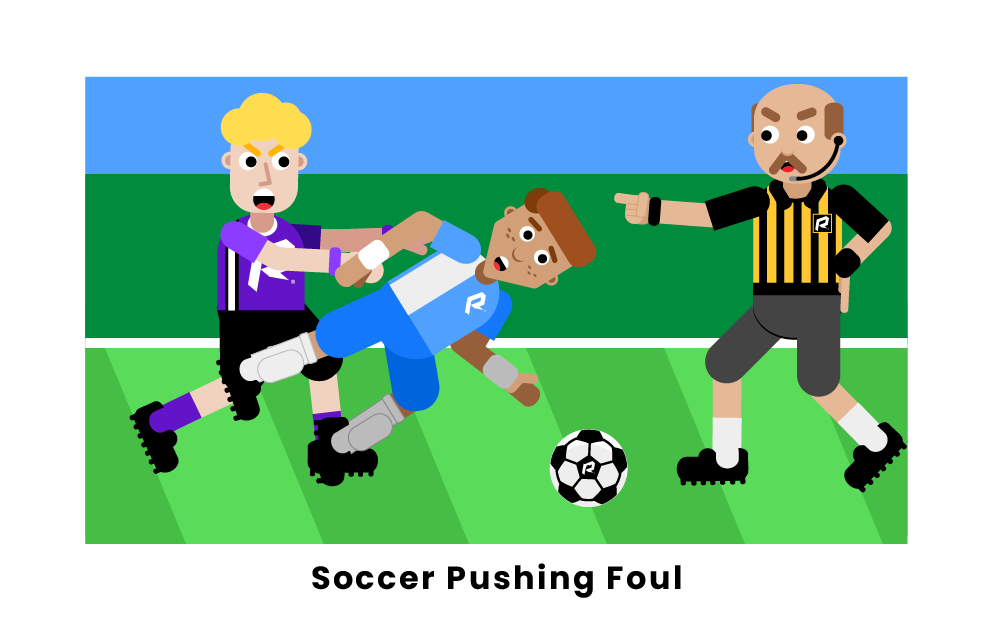 In soccer, pushing an opponent with reckless or excessive force results in a pushing foul. A pushing foul results in the fouled player being awarded a direct free kick or a penalty kick if the foul has taken place in the penalty box. If a player commits too many fouls in a game, they may get a yellow or even red card.

A pushing foul results from a player flagrantly and recklessly pushing their opponent with any part of their hands, arms, or upper body. It results in the opponent receiving a direct free kick from the spot of the foul or a penalty kick if the foul has been committed in the penalty box. If the offending player has repeatedly made personal fouls such as pushing within the same game, it can also result in a yellow or even red card.

Soccer certainly involves some forms of contact, and bumping or charging the opponent within reason is legal. Small bumps, incidental pushing, or players jostling next to each other when competing for the ball are all considered legal contact. Fair charging, when two players get close and push into each other when trying to gain control of the ball, is also common and permissible so long as players don’t directly shove with their arms.

Determining what physical contact is excessive or legal and within reason is up to the referee’s discretion. In some instances, a referee may not call a pushing foul and allow the game to continue due to play advantage. Play advantage comes into effect when calling a foul will give the team of the offending player an unfair advantage, such as when the fouled player’s team has just gained control of the ball. 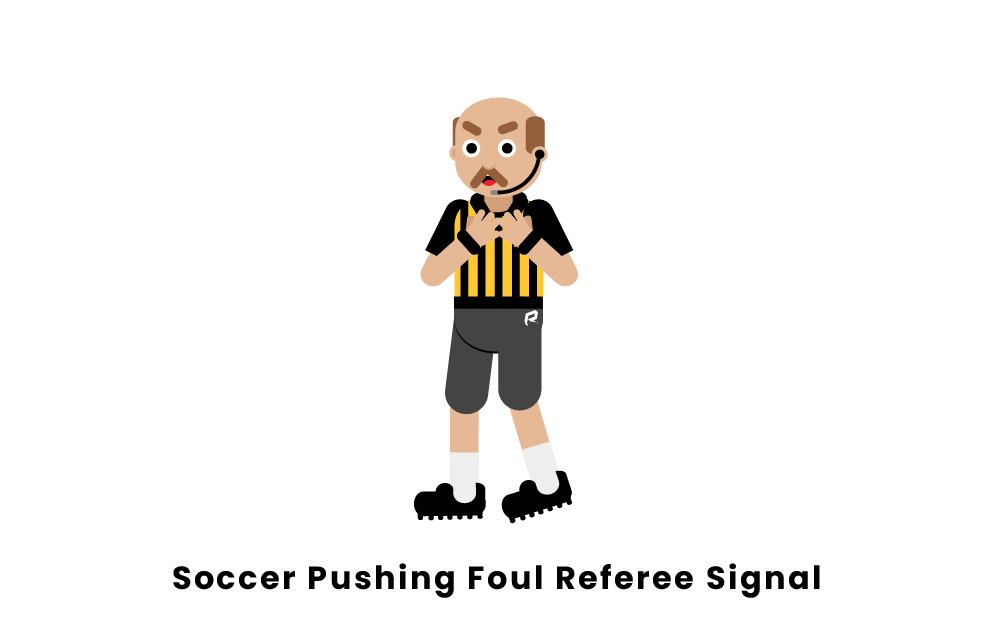 The referee will stand with both hands in front of their chest, palms facing away from them, and mimic a pushing motion to signal a pushing foul. They will halt the game and signal a direct free kick to the player who was pushed by pointing with a raised arm in the direction of the goal. If the foul took place within the penalty box, the referee will point to the penalty spot to signal a penalty kick.

What is pushing in soccer?

A pushing foul is assessed when a player uses their arms to shove an opponent with excessive force or recklessness. In soccer, some contact is permissible, such as incidental pushing or bumping shoulder to shoulder when crowding around the ball. This legal contact is called fair charging.  Excessively rough or reckless pushing directly with the arms is differentiated from legal contact and will constitute a pushing foul.

What are the consequences of pushing an opponent in soccer?

Committing a pushing foul in soccer will immediately result in the other team’s player getting a direct free kick (or penalty kick if the foul was committed in the penalty box). If the offending player had been playing especially rough and repeatedly making fouls, it could result in a yellow card warning. If a player gets two yellow cards, they can receive a red card and be ejected from the game.

Can you receive a yellow or red card for pushing in soccer?

Repeatedly committing personal fouls, including pushing, within the span of a single game can result in a yellow card for the player. Some contact is allowed, but using the arms to push or shouldering an opponent especially hard will be counted as a foul. As always, it is up to the referee to determine what is rough or excessive enough to constitute a pushing foul.